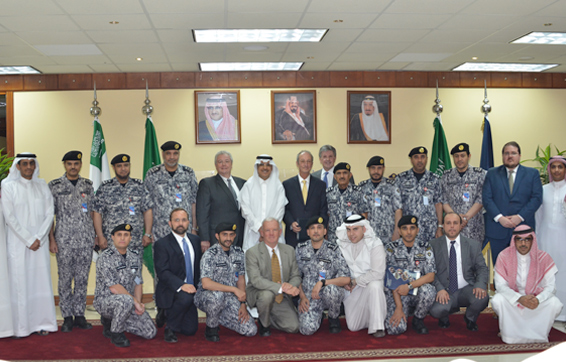 In the US, college students are just arriving on their campuses- some for the first time- ready to start the new academic year. They have a wide range of interests and goals, from bringing about the latest medical breakthrough to wanting to change U.S. foreign policy. Some may even want to become President. One thing they all have in common though, is that they have just entered a time in their lives where they will explore, learn, and- most importantly- be able to express themselves.

At the same time as millions of American college students begin to express their newfound views, people their age on the other side of the world are forced into silence. In Saudi Arabia, alternative political views are crushed by an oppressive regime that stamps out even the slightest form of dissent.

These two seemingly opposite worlds, the United States and Saudi Arabia, have a disturbing new connection. The president of University of New Haven, Steven H. Kaplan, has recently signed an agreement in June 2016 to collaborate with instructors at King Fahd Security College in Riyadh for the development of baccalaureate security studies program. The course of study will offer three specialization tracks: criminal justice, homeland security, and intelligence studies, all of which will be used to “enhance security in the Kingdom [of Saudi Arabia], the Middle East, and globally.”

While there is something to be said about cross-cultural collaboration, the question of what this collaboration entails must also be explored. Saudi Arabia has a history of infringing upon its citizens’ natural born rights to life and freedom of speech, expression, and religion in the name of homeland security. The Kingdom of Saudi Arabia (KSA) inflicts severe punishment, including execution, for the alleged crimes of witchcraft, apostasy, and homosexual acts. The government of Saudi Arabia has such a tight grip on the freedoms of its citizens that even the use of social media is regulated strictly. Its Anti-Cyber Crime law criminalizes social media use that includes the “production, preparation, transmission, or storage of material [that] impinges on public order, religious values, public morals, and privacy.” This “crime” carries a punishment of up to five years in prison.

The Saudi government’s actions that attempt to crush dissent constitute major human rights violations. Winner of Europe’s Sakharov Prize and Saudi Arabian citizen, Raif Badawi, is currently in prison for ten years with an additional sentence of 1,000 lashes for creating a blog titled “Free Saudi Liberals.” How can we be sure that the new security systems developed by the union of these two universities won’t be used to track bloggers like Badawi? How can we be sure that the skills taught in this program won’t be used to hunt down and arrest women for committing “crimes” such as violating the strict dress code? The answer is we cannot.

As Americans, if we truly believe in freedom and the values of life, liberty, and the pursuit of happiness as the core of our identity, then how can an American university aid in shaping the instruction of security officers within the oppressive Saudi regime? The University of New Haven should not assist the King Fahd Security College in creating the next generation of oppressors. One New Haven local is so upset by this union that he was motivated to create the Coalition to End the U.S. Saudi Alliance and is pressuring the university to cut ties with Saudi Arabia. Support this crucial message by signing his petition.

Samayia Taylor is a freshman, political science major at Howard University and an intern at CODEPINK’s Washington, D.C. office.