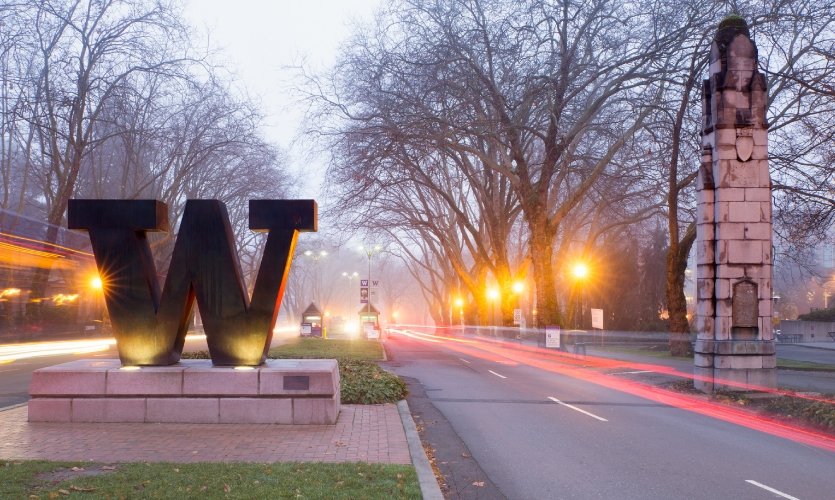 University Of Washington Moves To Divest From Fossil Fuels

After more than two years of pressure from student climate activists at the University of Washington, the University’s Board of Regents passed a resolution to divest the school’s endowment, worth more than $6B, from the fossil fuel industry.

The resolution, released last Friday, would move investments of around $124 million currently funding fossil fuel projects into “climate solutions.” This move would add UW to a long list of public and private universities which have committed to removing investments in fossil fuel projects. “Moves like this are necessary to restore our faith in institutions during a crisis which will define the next several generations,” says Brett Anton, who belongs to ICA, UW’s coalition pushing for a just transition off the Fossil Fuel Industry.

ICA members, students and faculty across campus, as well as members from broader UW society have expressed excitement about the decision, a result of hard-fought advocacy, against what was to hear student activists describe it, “months of straight-up anti-democratic foot dragging by the board.”

Unfortunately, though, the resolution has some big holes. First of all, the original demand by student activists was for full divestment completed by 2025. Students were excited to see that demand validated by an internal panel of experts this May, but the Board of Regents is looking to delay it for unspecified reasons in their current resolution. The new full divestment date is 2027. “The climate crisis has been a long time reality in developing countries like mine. With the latest IPCC report giving us ten years time to act, delaying further will shrink our chances to win the climate fight,” says ICA member Hema Velappan. Given that the Board waited five months to reply to the original petition for Divestment, and has delayed several months since hearing its last external report in June, students are thrown off by an untimely delay in a quickly escalating crisis.

“It’s not the two years on their own, but the effect on the wider climate movement,” says Anton. “The idea of divestment is to remove Fossil Fuels’ social license. That’s the idea that Fossil Fuels and the consequent air pollution, damage to food supply, and deadly heat waves like we’ve been seeing in Europe all summer are something which can and should be profited off of as regular order of business. Delay hurts that concept.”

That idea of social license has its roots in several other divestment movements. The uprising to free South Africans from apartheid in the late 20th century didn’t start with massive legislation; it started with the refusal of a few grocers to bag South African fruits; eventually, the apartheid state became something too toxic to touch and collapsed internationally and domestically. In the past, divestment to remove “social license” was successful in abolishing the slave trade in the British Empire, while modern efforts include the Palestinian human and political rights campaign “Boycott, Divest, and Sanction.” In short, it’s been the strategy behind some of the most powerful social change since the advent of consumer choice.

The immense possible impact of divestment, though, has student activists even more concerned about the decision’s biggest loophole: What scientists, energy historians, and journalists have called “the greenwashing loophole” long before it made its way to the UW Board of Regents. The problem lies, according to activists, in the very first action clause of the resolution, describing the situations in which investment in Fossil Fuels can be continued. That clause ends with the phrase: “with appropriate allowances for firms contributing to the sustainable energy transition.”

Though that phrase may read well, student activist Jacob Anderson argues it is exactly what Fossil Fuel companies have been pushing for since they began launching public relations against climate change legislation in the 1980s: disguising the vast majority of their work with the vast minority, which they spend millions on advertising. As example, Anderson points to ExxonMobil, and their Biofuels advertising campaign. In 2016, Exxon ran a multi-million dollar ad pointing to their investments in biofuels, helping to fight malaria, and mapping the ocean, tagging the commercial, “And you thought we just made the gas” Commercials like this, part of the billion-dollar ad campaigns Exxon has participated in throughout the years, center on Exxon’s reputation as a “green” company; as the Board puts it: “contributing to the sustainable energy transition.”

What’s the truth, though, around Exxon? Harvard and the Guardian, among others, note that the algae campaign is mainly a “myth” meant to bolster Exxon’s public image. Exxon spends more than 90% of its yearly budget on Fossil Fuels and advertising, none of their “clean” options are zero-carbon, and even their supposedly green investments such as algae confound serious scientists, with the EU noting that algae is set to play “no significant role” whatsoever in Europe’s future energy landscape. Exxon isn’t spending a dime on wind, hydropower, solar, or heat pumps, all of which pose a plausible solution to the globe’s clean energy problem, and they currently project to produce more oil and natural gas in 2050 than they do today. However, thanks to these advertising efforts polling data shows they’ve been extremely effective in cultivating public trust.

This tactic, in all its forms, is known through the environmental, academic and reporting world as “greenwashing.” What scares student activists, though, is Exxon isn’t the only company practicing expensive greenwashing to win hearts and minds. BP recently rebranded as “Beyond Petroleum,” despite still failing nine of eleven criteria needed to fulfill the 2015 Paris Accords, Chevron covers its webpage with testimonials about it’s corporate responsibility, despite facing flak from even it’s own shareholders for dedication to fracking, one of the more dangerous processes of extracting fossil fuels, and Shell has promoted a fake carbon offset program at the pump, though it’s one of the largest constructors of new fossil fuel projects projected to break the globe’s “carbon budget” which scientists say is necessary to avoid worst-case disaster. With this said, student activists plan to continue the fight for full divestment, and look for other ways to cut the influence they say Fossil Fuels hold in the university system.

“ICA was founded in 2019, but the process has never been easy. We were the earliest attempt to use the University’s formal demand for divestment program, (and divestment, period, has been limited to a few cases, like war criminals in Sudan and investment in Big Tobacco), so the road hasn’t always been clear. Once our original petition, with over a thousand signatures, went to administration, we had little control over the process, and only had direct input once a month at board meetings. The student community behind us has been overwhelmingly positive, though, and almost no student we speak to is in favor of continued investment. We hope to take this energy forward to our other campaign, for a fully Fossil Free University.”

That campaign, only a few months old, has to do with the job fairs and oil projects, among other things, which the Fossil Fuel industry conducts at UW. You can read the details here.

If successful in making full divestment, UW’s campaign will join the likes of Seattle University, Harvard, and Brown (among hundreds of other universities), in declaring that our most prolific institutions must be a moral “light on the hill,” during global crises. Yet, Anton jokes; “if we stay on the path the Board is considering right now, that light will be tinted with green(washing)