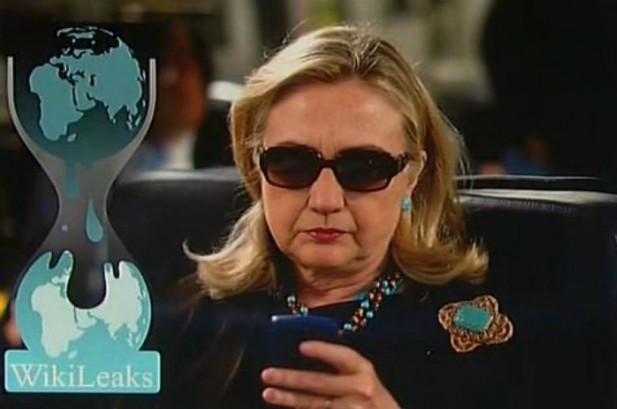 The Clinton email scandal hasn’t faded away after Hillary Clinton’s resounding defeat in the 2016 presidential election. The case still raises a lot of questions, while tens of thousands of documents have yet to surface. Speaking to Sputnik Jan R. Weinberg, founder of Show Up! America, stressed that there is more to the case than meets the eye.

Although Hillary Clinton lost the political race, the so-called Clinton email scandal continues to smolder. The reason behind this phenomenon is pretty obvious: too many questions still remain unanswered.

After the Federal Investigation Bureau (FBI) closed the Clinton email case for the second time on the eve of the US presidential election it seemed that it was over.

However, in early January FBI quietly released the fifth batch of Hillary Clinton documents while the nation was enjoying the NFL Wildcard Playoffs.

That was confirmed by House of Representatives Oversight Committee chairman Jason Chaffetz, who told journalists on January 26 that the investigation continues.

“There are still a lot of unanswered questions. We don’t have literally tens of thousands of documents that we still need,” Chaffetz told Fox News.

However, it appears that not all of the documents related to the Clinton email investigation will find their way out.
Politico.com reported on February 21 that conservative watchdog Judicial Watch’s request to release some of State Department records about Clinton’s use of a private server during her tenure as Secretary of State was denied by a federal judge.

The Clinton email scandal erupted back in 2015 when it became publicly known that Hillary Clinton had used her private email server for official communications during her tenure as Secretary of State.

It turned out later that Hillary Clinton deleted about 33,000 emails by the time she handed over work-related correspondence from her private server to the US State Department in 2014. Predictably, it added more fuel to the fire and prompted the question why she decided to delete them.

There is a lot that the deleted emails could have told us, Jan R. Weinberg, founder of Show Up! America, believes.

While carrying out his major research on the Obama administration foreign policy initiatives known as the “Pivot to Asia” and the Trans Pacific Partnership (TPP), Weinberg stumbled upon the National Center for Public Policy Research’s (NCPPR) investigation into an alleged honest services fraud on the part of the Boeing Company and General Electric.
Back in 2015 the conservative think tank shed light on the suspicious pattern of the defense contractors’ cooperation with the Clinton Foundation and then Secretary of State Hillary Clinton.

The NCPPR assumed that Hillary Clinton lobbied foreign governments on behalf of companies including GE and Boeing at the time when these companies were making generous donations to the Clinton Foundation.

For example, the watchdog referred to the fact that “GE donated between $500,000 and $1 million to a health partnership with the Clinton Foundation. [Secretary of State] Clinton’s subsequent actions helped GE obtain a contract with the Algerian government to supply turbines for six power plants to the tune of $1.9 billion.”

Likewise, the Boeing Company was also spotted pouring money into the Clinton Foundation during Hillary Clinton’s tenure as Secretary of State; the State, for its part, helped Boeing secure a Russian contract, according to the watchdog.

To remove all doubts about the nature of this collaboration the NCPPR asked GE and Boeing to release any email correspondence the companies had with the US State Department and the Clinton Foundation.

It remains unclear whether the NCPPR managed to obtained the emails in question and whether they surfaced during the recent FBI inquiry. The watchdog didn’t respond to Sputnik’s questions on the matter.

“I remain skeptical that our government officials will, on their own, separate themselves from the undue influences of corporations particularly of the armament industry and their associated lobbyists,” Weinberg told Sputnik commenting on the issue.

“While other concerned citizens such as Charles Ortel have been diligently investigating the issues of alleged Clinton Foundation charity fraud, I have made concerted efforts to communicate my own particular concerns to the FBI, Judicial Watch, and various members of the United States Congress, including Senator Bernie Sanders, Senator Chuck Grassley, Representatives Jason Chaffetz and Representative Trey Gowdy; specifically the interrelationships between President Barack Obama, Secretary of State Hillary Clinton, Boeing CEO Jim McNerney, GE CEO Jeff Immelt and Marillyn Hewson of Lockheed Martin,” he said.

“There may very well have been risks to our [US] national security interests. Perhaps the emails reflect ‘quid pro quo pro quid’ relations with the Clinton Foundation — which is a concern highlighted in the NCPPR press releases,” Weinberg noted.

Weinberg believes that the American omnipotent military-industrial complex had a substantial influence on the Obama administration, and, most notably, then Secretary of State Clinton.
He recalled that during his election campaign Barack Obama pledged that Washington lobbyists would never ever again set the White House’s agenda.

The question then arises what compelled President Obama to set aside his ethical concerns and open the door to the powerful military industrial lobby.

“I cannot help but wonder what information and subject matter was addressed in the emails between Hillary Clinton, the Department of State and Boeing & GE. I cannot help but wonder if indeed the Congressional representatives, the Department of Justice and the FBI are investigating the aforementioned information or if it has been ignored, and investigations will ultimately be suppressed in the name of protecting ‘national security interests,'” he pointed out.

“The skeptic in me says that nothing will be permitted to curtail the influences of power, money & prestige within politics,” Weinberg concluded.