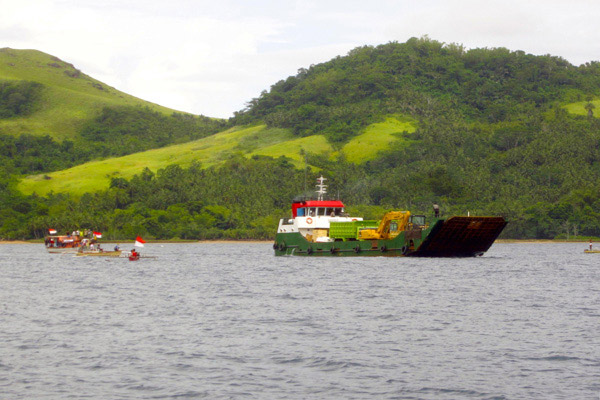 Hundreds of villagers and fishermen on Bangka Island in North Sulawesi attempted to stop a ship owned by PT Mikgro Metal Perdana (MMP) from offloading heavy machinery to be used in mining operations. The Indonesian Supreme Court ruled in November that the company’s mining permits, issued by the local government, should be invalidated.

On Tuesday (02/18) Dozens of fishing boats surrounded the ship while more protesters attempted to block the beach. Armed police reportedly leveled their weapons at protesters in an attempted to quell uprising. At least one boat was destroyed when a water-taxi collided with it. All four occupants were rescued with minor injuries.

The villagers are protesting plans to mine the island under a concession permit issued to the Chinese-owned MMP by the local government in violation of Indonesian law. The permit grants mining rights to 2,000 hectares that potentially contain iron ore. The total area of Bangka Island is 4,800 hectares. Villagers claim the mining activities will force them to relocate, and will destroy the forest and ocean upon which they depend.

Legal challenges to the concession have worked their way through the courts after the local government issued the permit in 2010 without an Environmental Impact Assessment, without approval by the Indonesian Ministry of Forestry, and in violation of several Indonesian laws relating to land rights, environmental protection, and tourism. A Sulawesi court ordered the permit be revoked, and in November, 2013, the Supreme Court upheld that decision. 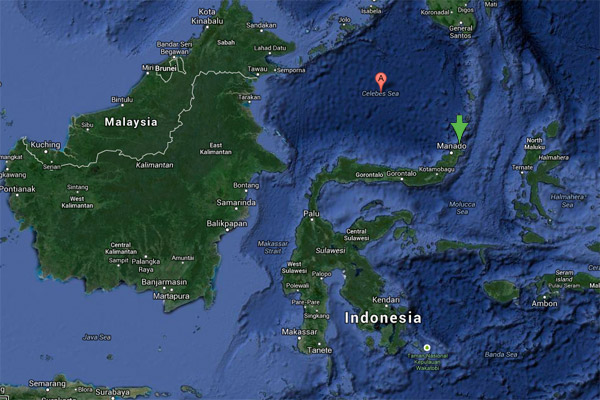 William Hadinaung, a villager at the scene told Mongabay Indonesia via telephone that the protest is a result of the local police and local government refusing to abide by the Supreme Court decision that would protect Bangka.

“The people on this island reject the mine.” Hadinaung stated, “Therefore, as representatives of the people, the government should be in favor of the citizens of the island of Bangka. Not investors. We demand the immediate repeal of the mining permit.”

Bangka is located in the coral triangle: a marine biodiversity hot-spot of high conservation and tourism value. Mining elsewhere in Indonesia has caused widespread deforestation and coral bleaching, destroying the resources that locals depend upon. In 2013, MMP was under investigation for alleged human rights violations.