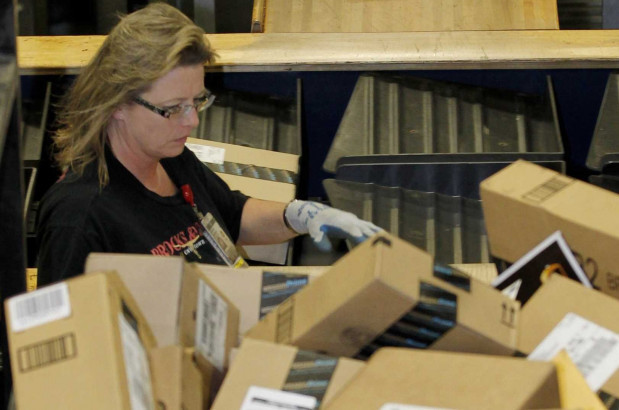 UPS workers are threatening to go on strike amid the busy holiday shipping season because of a disagreement over changes to their health care benefits.

The workers, represented by the Teamsters Local 2727 union, say UPS wants to make massive cuts to their health care benefits.

“The holiday shipping season is UPS’ busiest and most critical time, and before our customers ship with UPS, we want them to know about the instability in our already distressed workforce,” Tim Boyle, president of Teamsters Local 2727, said in a statement. “The aircraft maintenance workforce is united and won’t let UPS executives gamble with our families’ health care.”

UPS and the union have been in mediated contract negotiations over the changes. The union, which has voted to authorize a strike, recently filed a request with the Federal National Mediation Board asking to be released from the negotiations. The request was denied.

The workers cannot go on strike unless the board releases them from negotiations.

UPS says its customers “remain in good hands during the holidays” and said the aircraft mechanics’ union’s ads “include more of the same exaggerated rhetoric designed to pressure our ongoing labor contract negotiations.”

“The reality is, under US labor law, these negotiations are controlled by the National Mediation Board, not the company or the union; talks continue to progress; and our aircraft mechanics will continue to have outstanding benefits, including great healthcare coverage,” UPS said in a statement. “UPS aircraft mechanics enjoy one of the most attractive compensation packages in commercial aviation. When factoring in wages, pension, 401(k) and benefits, the annual value of their total compensation package exceeds $140,000.”

UPS said it believes the negotiations will result in a “win-win contract, just as in all of our previous mechanic negotiations.”

“UPS remains ready to meet with the union under the authority of the NMB and will work toward a successful agreement,” the company said.