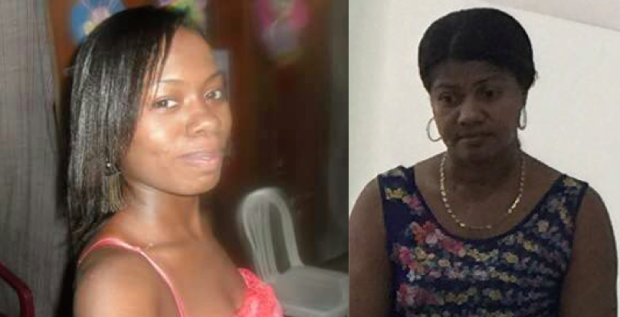 Human-rights and social-justice organizations in Colombia as well as the international community demand all charges be dropped and the state immediately release Afro-Colombian activists imprisoned on frivolous “terrorism” charges.

The ability to move swiftly to defend these two activists, Sara Quiñonez and Tulia Maris Valencia, will impact the Pan-African struggle worldwide.

*See below for background on this case.*

***Be included as a signatory on this international letter by tapping this link.***

ENGLISH —> .@FiscaliaCol, #FreeSaraAndTuliaMaris! These Black women are defending the right to life in the ancestral territories of the Afro-Colombian Community Council of Alto Mira and Frontera in Tumaco. There, Blacks are relentlessly attacked. #Justicia! @PGN_COL @CIDH @Renacientes

On Friday, April 20, the Colombian government arrested around 30 people in southwestern Colombia, including Afro-Colombian leaders Sara Quiñonez and her mother Tulia Maris Valencia based on accusations of narcotics trafficking and working with the National Liberation Army (ELN) guerrilla group. However, both Quiñonez and Valencia are members of the Black Communities’ Process (Proceso de Comunidades Negras, PCN) social movement and have risked their lives to defend the individual and collective rights of Afro-Colombians.

The arrests of Black activists are part of a systematic campaign to challenge the legitimacy of Afro-Colombian rights, and criminalizing the defense of human rights undermines the tenuous status of the Peace Accords. In 2012, another PCN activist Felix Banguero was arrested along with 27 others under similar circumstances for allegedly belonging to the FARC. After spending more than two years in an overcrowded prison, Banguero was released based on insufficient evidence. He continues to maintain his innocence and remains committed to the struggle for Afro-Colombian rights.

The arrests of Quiñonez and Valencia are particularly concerning. Quiñonez currently has protective measures from the Inter-American Human Rights Commission (IACHR) due to death threats against her and the entire leadership of the Community Council of Alto Mira and Frontera located in Tumaco on the Colombian border with Ecuador. Quiñonez continued to defend the rights of the Afro-Colombian Community Council, even after the high-profile murders of her fellow community leaders Genaro Garcia in 2016 and Jair Cortés in 2017. Following the murders, Quiñonez was forcibly displaced with her family, including her mother, Maris, to another part of the country where she received protection measures provided by Colombia’s National Protection Unit (UNP).

Gimena Sanchez, Director for the Andes of the Washington Office on Latin America (WOLA): gsanchez@wola.org