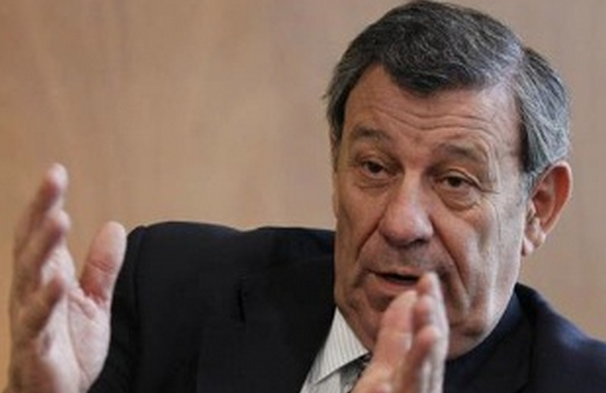 A few days before the vote, Minister of Foreign Relations Rodolfo Nin Novoa had expressed his support for the negotiations in a press conference. | Photo: EFE/Archive

Techdirt first mentioned the Trade in Services Agreement (TISA) last year, when “The Really Good Friends of Services” — the self-chosen name for about 20 members of the World Trade Organization — could no longer keep their plans locked behind closed doors, and word started to spread. Essentially, TISA completes the unholy trinity of global trade agreements that also includes TPP and TAFTA/TTIP. Between the three of them, they sew up just about every aspect of trade in both goods and services — the latter being TISA’s particular focus. They share a common desire to liberalize trade as much as possible, and to prevent national governments from imposing constraints on corporate activity around the world.

One particularly blatant reflection of this desire is the inclusion of something called the “ratchet clause.” As with “The Really Good Friends of Services,” that’s an official name, not something chosen by the opponents of TISA (although they could hardly have come up with anything more revealing.) Here’s how the European Commission’s TISA page explains it:

A ratchet clause in a trade agreement means a country cannot reintroduce a particular trade barrier that it had previously and unilaterally removed in an area where it had made a commitment.

In other words, the ratchet clause ensures that there is only one direction of travel — towards greater deregulation, and greater loss of control by sovereign nations.

TISA is unusual for being honest about introducing a ratchet. But there’s another, more subtle, kind of ratchet that acts on all major treaties. It means that once a country has joined the negotiations, it becomes increasingly hard to back out, whatever the growing reservations of its public once they find out what is being done in their name. Indeed, that one-way street is one of the most powerful features of trade agreements: corporations only need to get some coveted but controversial measure inserted in a treaty’s text, and it will automatically cascade down to all the signatories, however much they — or their people — may dislike it. It’s how things like anti-circumvention laws for DRM were brought in: once it was included in the WIPO Copyright Treaty, all signatories had to pass legislation implementing it, because they had “no choice”, the treaty “forced” them to do it — a convenient excuse for passing unpopular laws.

The trade ratchet is also why big treaties tend to get bigger: the more countries that join them, the greater the pressure on others to join too lest they are left out in the economic cold. And once in, they tend to stay in. TISA is already huge — around 50 countries are participating — so the pressure to join is proportionately intense, and the idea that a country already part of the negotiations might pull out of such “important” talks is similarly unthinkable. And yet that is precisely what Uruguay’s Congress has just voted to do:

The ruling progressivist coalition Broad Front overwhelmingly decided to withdraw Uruguay from the negotiations on the supra-national trade-deal TISA (Trade in Services Agreement) in a vote on Saturday.

Inside US Trade today (behind a paywall, but currently visible on its home page) reports:

Uruguayan President Tabare Vazquez has decided to withdraw his country from the negotiations for the Trade in Services Agreement (TISA) following opposition from the center-left ruling coalition and national labor unions, and has ordered his foreign minister to formally notify other participants in the talks.

Clearly, the withdrawal of Uruguay will have almost no effect whatsoever on TISA itself: the major trading nations will continue their talks behind closed doors, agreeing more of the text that locks in their view of how trade in services should be freed from government controls. But Uruguay’s move possesses a tremendous symbolic importance. It says that, yes, it is possible to withdraw from global negotiations, and that the apparently irreversible trade deal ratchet can actually be turned back. It sets an important precedent that other nations with growing doubts about TISA — or perhaps TPP — can look to and maybe even follow.