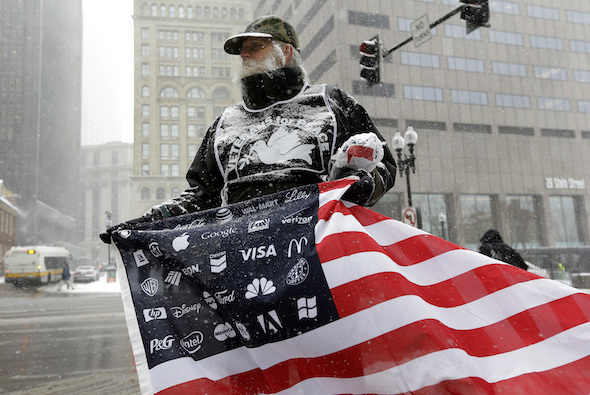 US Accused Of Undermining The World Trade Organization

Members of the WTO, including Brazil, Japan, and the EU, raise red flags as the United States intervenes in the work of the global trade court.

In an unprecedented move, the US vetoed the reappointment of Seung Wha Chang, a respected South Korean expert in international trade law whose four-year term on the seven-member resident appellate body ends today.

The sited reason for blocking the reappointment – the appellate body’s decision in several cases involving the US, and a pattern of what is being called “overreaching” and “issuing abstract decisions.” Or to put it bluntly – dissatisfaction over the fact that the global trade court didn’t always rule in favor of the US, as it was apparently expected to.

The US told WTO members:

“The appellate body is not an academic body that may pursue issues simply because they are of interest to them or may be to certain members in the abstract. It is not the role of the appellate body to engage in abstract discussions.”

Members of the WTO, including Brazil, Japan and the EU begged to differ, saying that the US objection to Mr. Chang serving a second four-year term, risks undermining the appellate body, its independence and therefore the entire dispute system.

“This is unprecedented and poses a very serious threat to the independence and impartiality of current and future appellate body members,” the EU told a meeting of the governing body for the WTO’s dispute settlement system last week.

In an article published by the Financial Times, Greg Shaffer, who’s an expert in WTO law at the University of California Irvine, was cited saying that the US’s opposition to the reappointment of Mr. Chang risked injecting politics into what ought to be a purely legal process.

“The US response and example will have ripple effects around the world. Undermining the independence of the WTO appellate body will affect the entire rules-based system to resolve trade disputes…Making the US look like a bully, and not an upholder of rule of law principles.”

According to Financial Times, the US intervention comes ahead of what is likely to be an important period for the appellate body. Among the issues it is expected to decide are whether China is entitled to “market economy” status within the WTO, an important designation that would help Beijing fight back against anti-dumping cases, such as those being mounted against Chinese steel imports on both sides of the Atlantic.

The World Trade Organization was created in 1995 as a successor to the post-second world war General Agreement on Tariffs and Trade. Since then, its ability to resolve trade disputes has been widely seen as a great strength and one that is now threatened by Washington.