Above Photo: Mr Maduro survived an attempted coup after he was reportedly refused exile to Russia CREDIT: AFP

Nicolas Maduro’s future will be weighed up today by two key players as Vladimir Putin and Mike Pompeo meet in Russia to discuss Venezuela’s fate.

Mr Pompeo, on his first visit to Russia as secretary of state, travels to Sochi armed with the knowledge Mr Putin is not committed to propping up Mr Maduro.

“It’s just a question of how to get out of this mess.”

Until recently Russia was thought to have seen Venezuela as a prized geopolitical gem, rich in resources and located at a valuable crossroads, and worth fighting for.

But Mr Putin is believed to have told President Donald Trump during their hour-long phone call on May 3 that he disliked Mr Maduro, and was prepared to negotiate for his departure.

“The primary focus throughout the call was about helping the people of Venezuela,” said Sarah Huckabee Sanders, the White House press secretary. 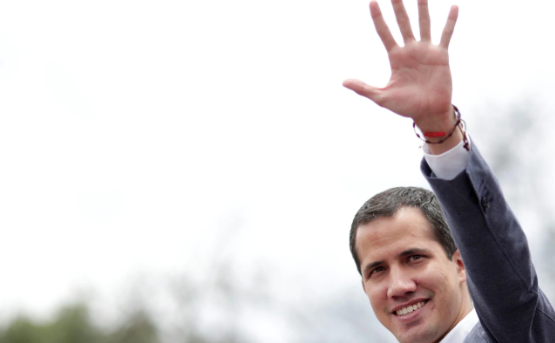 Mr Guaido at a rally in Caracas on May 11

Mr Trump gave more insight into their conversation, suggesting that Mr Putin may indeed have said he had little love for the Venezuelan dictator.

“He is not looking at all to get involved in Venezuela, other than he’d like to see something positive happen for Venezuela,” said Mr Trump. “And I feel the same way. We want to get some humanitarian aid. Right now people are starving. They have no water. They have no food.”

During the failed April 30 uprising in which Juan Guaido, the opposition leader widely seen as the country’s legitimate ruler, failed to dislodge Mr Maduro, the Venezuelan socialist telephoned Moscow to ask to fly there, sources told The Telegraph.

Russia has reportedly drawn up a legal document detailing why Mr Maduro cannot be exiled there. Moscow said that Mr Maduro could not fly to Moscow – comments which Mr Pompeo later spun to suggest that Moscow told Mr Maduro to stay.

Vladimir Frolov, a Russian analyst and journalist known for his close connections to intelligence services, said that Mr Putin is willing to “give up” Mr Maduro, for the right price.

“Putin specifically mentioned that during his call with Trump,” wrote Mr Frolov. “Withdrawing Russian military support for Maduro should also be matched by the withdrawal of US military assistance to Ukraine.”

A senior state department official, asked last week about the plans for discussions, insisted that the US will “continue to support democracy in Venezuela,” but would not comment on the negotiations themselves.

“We disagree with Russia’s continued support for Maduro and that’s going to be the subject of discussion,” the official said.

“We are concerned about Russia’s actions in Venezuela, and we think support for Maduro is a losing bet.  And so our support for the Venezuelan people continues, and that will be a subject for the discussion.”

Russia’s support for Venezuela is said to originate with the machinations of Igor Sechin, the man considered Mr Putin’s right hand man, who is CEO of the world’s largest oil company, Rosneft.

Widely feared in Russia, Mr Sechin is head of the “Siloviki Faction” – politicians who emerged from the intelligence services – and learnt fluent Spanish while serving as a KGB translator in Angola, a Cold War battle into which Fidel Castro sent Cuban troops.

Mr Sechin is said to be obsessed with returning Russia to the “glory days” of the Soviet Union, and when Hugo Chavez was being tormented by George W. Bush saw an opportunity to exert Russian influence in the region.

“Sechin says to Putin that this is a great opportunity,” explained one analyst. “Chavez is desperate and throwing himself at Russia. Sechin sees that they can make some money off him by selling arms, and at the same time gain a foothold in the US backyard.”

The US banned sales of arms to Venezuela in 2006, leading Venezuela to sign a $1 billion deal with Russia for combat aircraft. Russian arms sales to Venezuela have continued apace ever since. 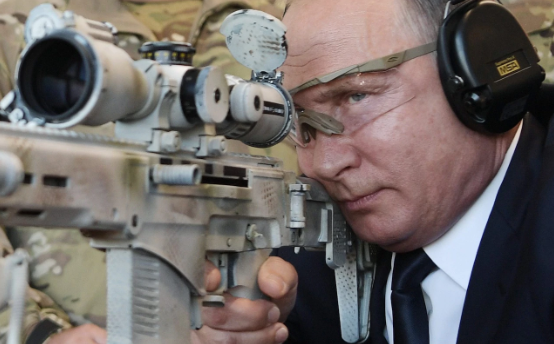 Russia has deployed around 100 troops to Venezuela but Mr Putin is reportedly no fan of its leaderCREDIT: AFP

Rosneft has spent about $9 billion investing in Venezuelan oil projects since 2010. It has yet to break even, and is currently owed around $3 billion from Venezuela – forcing Mr Maduro to make frequent trips to Moscow to plead for tolerance, and Mr Sechin to visit Caracas demanding the Venezuelans pay up.

Rosneft also owns two offshore gas fields in Venezuela and has a stake in around 20 million tons of crude there.

Russian presence in Venezuela at the moment is hotly debated.

Jose Machillanda, a former defence advisor to Hugo Chavez who this year turned down a request from Mr Guaido to assist him, said he was aware of reports of between 120 and 140 Russian mercenaries based at the military sports and social club inside the Mamo military base, on the outskirts of Caracas.

Another military source said there were none at the moment.

On March 23 Russia sent around 100 troops to Caracas, mainly to repair damaged S300 missiles. It is unclear if they have remained in the country, although one source told The Telegraph that they were currently working to repair the damaged hydroelectric dam, El Guri.

Rocio San Miguel, president of the NGO Control Ciudano and one of the country’s most astute military observers, downplayed Venezuelan-Russian military relations.

“It’s not a happy situation for either,” she told The Telegraph. “They definitely don’t trust each other.”

Pedro Burelli, a former member of the board of Petroleos de Venezuela (PDVSA), who has over 20 years experience in Russia as an advisor and investor, agreed that “both share a dislike for Maduro and a dismay for what he has done to Venezuela.”

“Shaping a win-win strategy is not easy, but not impossible,” he told The Telegraph.

“Russia understands that there is little it can do to shape the outcome of a crisis very far from its borders, and the US will have to accept that years of Venezuelan-Russian entanglement will take time to undo and therefore require sustained engagement with and cooperation from Moscow.”