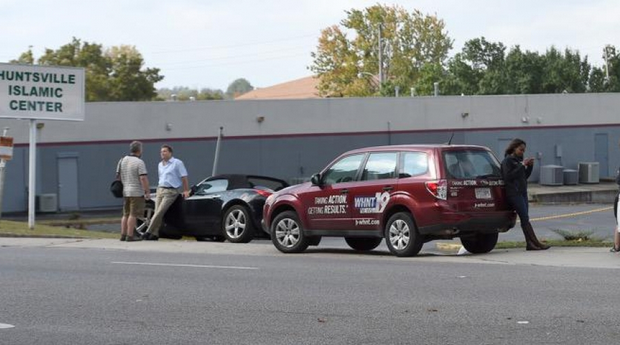 A series of planned anti-Islam rallies targeting more than 20 US cities Saturday fizzled out despite extensive social media promotion; morphing instead into a welcomed show of support and tolerance.

In Armarillo, Texas, police department Cpl. Cody Lavery told the Amarillo Globe News “All of these people are supporters of the center. Everything’s been very peaceful so far, and the protestors haven’t shown up yet.” At the Khursheed Unissa Memorial Community Center in Amarillo,  more than 100 people opposing the anti-Islam rally came out in an impromptu show of support.

In Dearborn, Michigan, the media and police reportedly out-numbered all protesters at the anti-Islam rally. As media reports began to preview the protest, Dearborn Mayor Jack O’Reilly told citizens Friday to go about their business and ignore the visitors, who billed their event a Global Rally For Humanity. Counter-protesters and others saw it as an unwarranted attack on an entire religious group holding up signs that read, “No to Anti-Islam Bigots” and “Unity Yes! Racism No!” while chanting “Stop Terrorizing Muslims at Home and America!” and “Hey hey, ho ho, racist fascists got to go!” Fewer than 10 anti-Islam protestors reportedly showed up, four carrying weapons.

The protests were billed as “open carry” events and participants were encouraged to come armed with guns.

The United Church of Christ (UCC) also issued a call on Friday for local congregations to show support and solidarity with Muslims across the country over the weekend.

“I want to say as clearly as I can, and in no uncertain terms, that the United Church of Christ stands in full solidarity with people of the Muslim faith,” wrote UCC president Rev. John C. Dorhauer.

“Their contribution to religion, to peace, to humanity, and to the goodness of all is to be celebrated. The United Church of Christ deplores the narrow-mindedness that fails to see this and seeks instead to engender fear, hatred, and anxiety.”

Meanwhile, the Council on American-Islamic Relations (CAIR), the nation’s largest Muslim civil rights and advocacy organization, said Sunday that the anti-Islam hate rallies planned at mosques nationwide on Saturday “fizzled” and that interfaith partners turned out at a number of mosques to show their support for the Muslim community. CAIR noted that one hate rally in Phoenix included apparent neo-Nazis wearing swastika symbols. “We are pleased that what was planned as a campaign of hate and marginalization turned instead into a show of support for the American Muslim community and for religious inclusion,” said CAIR National Communications Director Ibrahim Hooper.

CAIR listed a number of images and media reports contrasting non-existent or poor turnout for the hate rallies with enthusiastic support for Muslims by interfaith partners: