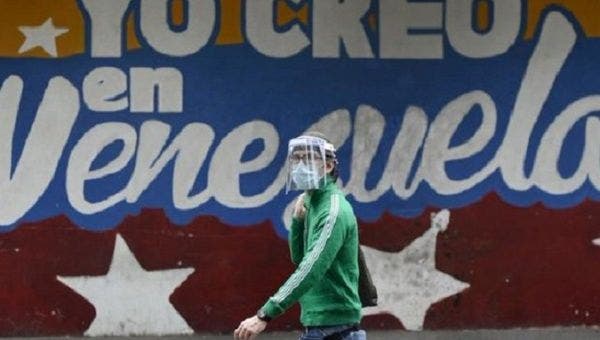 Above photo: Man walks in front of graffiti that reads, “I believe in Venezuela,” Dec. 2020. Twitter/ @VTVcanal8.

Venezuela is preparing for more COVID-19 cases in the coming weeks because of the epidemiological situation that neighboring countries are facing.

Venezuela’s Health Minister Carlos Alvarado on Sunday said that the economic blockade imposed by the United States is preventing his country from funding the COVAX initiative led by the World Health Organization (WHO).

He recalled that his country offered to place US$18 million into the COVAX fund, but as a result of the U.S. blockade, Venezuela has not “been able to free those resources to pay the fund.”

As a result of the U.S. sanctions, the country has had “vaccination failures” for at least two and a half years, Alvarado stressed.

#NEWS | Venezuelan Foreign Minister Jorge Arreaza: "The US blockade that prevents Venezuela from obtaining the vaccine against COVID-19 is a criminal act". #NavidadDeAlegríaYPaz pic.twitter.com/zM6mnxJLc9

The Bolivarian official also mentioned that Venezuela is preparing for a COVID-19 outbreak in the coming weeks because of the serious epidemiological situation that neighboring countries with a high migratory flow face today.

“Given the outbreaks in Colombia and Brazil, it is normal that we are going to have some rebound due to the number of people who took to the streets in December.”

He recalled that 2,000 Venezuelans take part in the Sputnik V vaccine trials and assured that the massive vaccination phase is expected for April 2021, once all the protocols to certify the Russian product are carried out.