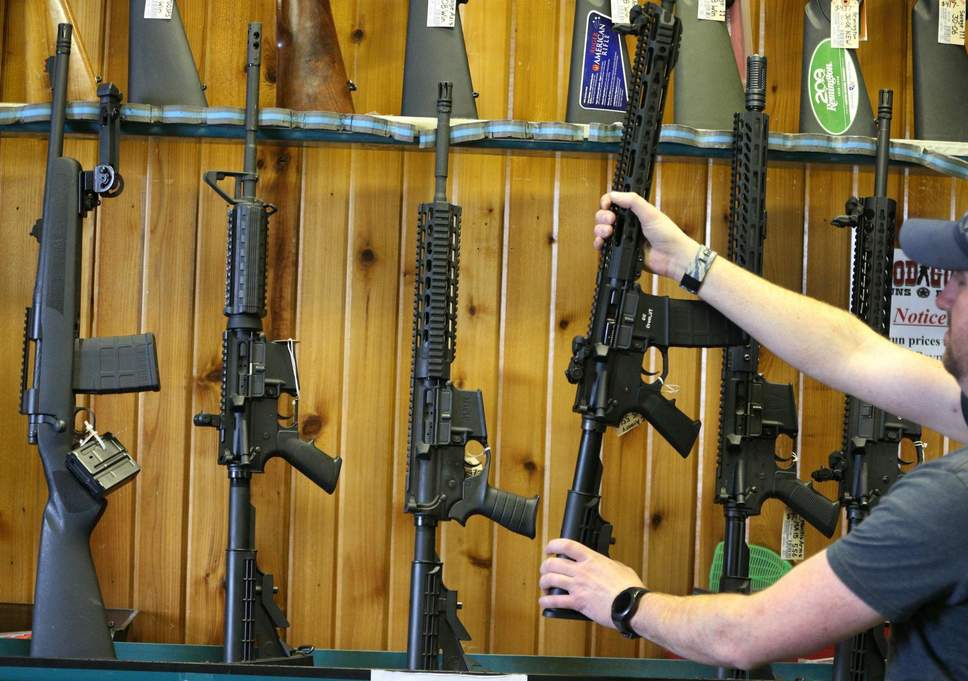 Above Photo: Semi-automatic AR-15’s are for sale in Orem, Utah ( Getty )

‘The biggest force pushing up gun ownership around the world is civilian ownership in the United States,’ says author of new report

American citizens now own 40 per cent of all guns in the world – more than the next 25 top-ranked gun ownership countries combined – with the number only set to grow, according to new research.

According to a decade-long survey released by the Graduate Institute of International and Development Studies in Geneva, not only do Americans own the highest number of guns per capita, but also between 2006 and 2017, US gun owners acquired some 122 million new guns. That represented more than half of the 207 million new civilian-owned firearms around the world during that time.

“The biggest force pushing up gun ownership around the world is civilian ownership in the United States,” said Aaron Karp, one of the authors of the report.

Of the more than one billion firearms in the world, American citizens hold 393 million, for a population of roughly 326 million. According to the report, that is a gun ownership of 121 firearms per 100 civilians. The next highest rates are 53 in Yemen, 39 in Montenegro and Serbia, and 35 in Canada.

Japan and Indonesia on the other hand have reported rates of less than one firearm per 100 civilians.

“Why are they buying them? That’s another debate. Above all, they are buying them probably because they can. The American market is extraordinarily permissive,” he said.

Speaking to The Independent, Mr Karp said that “most Americans guns are not registered” but that his team are confident in their figures. He added that the data shows a “significant increase” in gun purchases “from 10, 20, 30 years ago.”

”If you own a genuine machine gun, that has to be registered. New York State and Connecticut for example requires handguns and semi-automatic rifles to be registered. [Those states are] the exception. In most places in America you just walk into a store and buy a gun.”

Getting data on unregistered firearms can therefore be challenging, but Mr Karp said his team “worked hard”  to arrive at the figure of 393 million firearms both registered and unregistered. “Some figures were higher, some were lower, but we feel confident in that number.”

Civilian firearms registration data was available for 133 countries and territories, and surveys conducted in 56 countries also contributed to the report.

Only 28 countries released information on their military stockpiles while 28 nations offered information the firearms owned by law enforcement agencies.