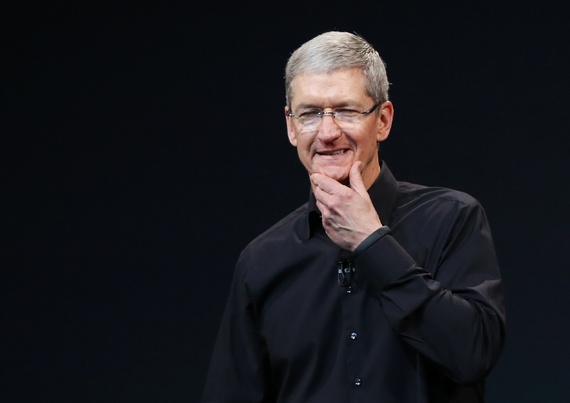 There’s a lot of cash on the sidelines, but those sidelines aren’t in the U.S. They’re overseas—in tax shelters.

According to a new report from ISI Research, U.S. S&P 500 companies now have $1.9 trillion parked outside the country. Now, some of that is just multinational corporations profits overseas—yada, yada, yada, globalization. But a big part of it is tax avoidance. Tech and healthcare companies in particular have created byzantine systems of subsidiaries to channel earnings from high-tax to low-tax jurisdictions. Apple, as you might recall, figured out how to legally avoid paying any corporate income tax anywhere on its $30 billion of overseas profits. It set up Schrödinger’s shell company: an Irish subsidiary that didn’t owe Irish taxes because it was managed and controlled from the U.S., but didn’t owe U.S. taxes because it was incorporated abroad.

You can see how steadily these corporate cash hoards have increased in the chart below. As Dan McCrum points out, it follows a basic power rule: Just 45 companies account for 70 percent of this money.

Now, tax lawyers can dream up all the overseas shell companies they want, but that doesn’t matter if multinationals want to bring that money back to America. The U.S. government taxes the difference between what companies pay in corporate income tax abroad and what they would have paid here, so there shouldn’t be any benefit to all this avoidance when they do. Unless, of course, they think there’s going to be another tax repatriation holiday.

There are a lot of bad policy ideas, but there aren’t many worse than a tax repatriation holiday. It’s exactly what it sounds like: Instead of paying the difference between what they were taxed overseas and what they would be taxed here, companies can bring foreign earnings home and just pay a nominal rate. The theory is that all this incoming capital will turn into investment and jobs—but in practice we know that’s not true. We tried it in 2004, and as the Center on Budget and Policy Priorities points out, it failed by any metric. Growth and investment didn’t increase. And even though corporations weren’t supposed to use these funds for share buybacks or dividends, because money is fungible, they did. That was good news for stock owners, but not workers: Some of the companies that brought the most money back actually laid people off.

But the biggest cost was the if-you-give-a-mouse-a-cookie effect. If you give companies a tax repatriation holiday, they’re going to expect another one. They’re going to shift even more earnings abroad, which creates a perverse kind of logic: The more they avoid taxes, the more they say we need a tax holiday to “get that cash off the sidelines.”

Our corporate income tax does need fixing, but this isn’t the one we’re looking for.