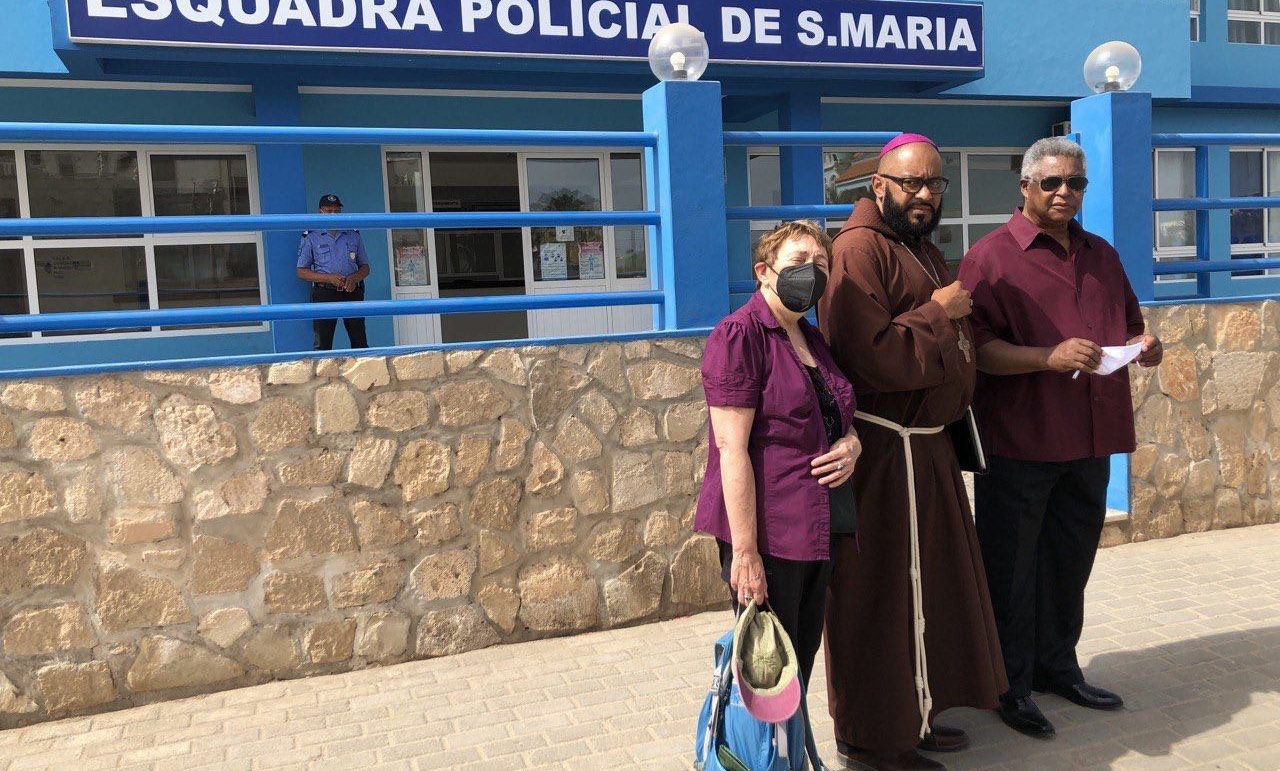 The Venezuelan diplomat Alex Saab, imprisoned for trying to buy humanitarian supplies from Iran in legal international trade but in violation of illegal US sanctions, is facing extradition to the US. That is like getting stabbed in the back and then being arrested for carrying a concealed weapon.

On June 12, 2020, Saab was on his way from Caracas to Tehran, when his plane had to make a routine fueling stop. While in the air, the pilot was informed that Morocco,  and Algeria would not allow the plane to land, ostensibly for COVID pandemic reasons. Instead, the plane was carefully choreographed to refuel in Cabo Verde, a small archipelago nation off the Atlantic coast of Africa.

Upon landing in Cabo Verde, Saab was forcibly removed from the plane, imprisoned, and held under torturous conditions. A year later, Saab, who is a lawfully appointed diplomatic agent of Venezuela, remains illegally imprisoned and is fighting extradition to the US.

Saab faces US charges with a maximum penalty of 160 years imprisonment. To put Saab’s potential sentence into perspective, the reportedly rogue Cabo Verde soldier who murdered eleven in the 2016 Monte Tchota massacre on the Cape Verdean island of Santiago received a 35-year sentence.

Although Saab had not violated any law in Cabo Verde, the US has been able to exert enormous pressure on one of the smallest countries in the world to detain Saab. As Canadian human rights lawyer John Philpot commented: “This is an egregious extraterritorial judicial overreach on the part of the US. The arrest and detention of a special envoy, on mission and in transit, is unprecedented and set a new nadir in just how low the US will stoop to fulfill a political foreign policy goal.”

The US can legally embargo any country it chooses and prevent US entities from trading with that country, as in the case of Venezuela. But this particular judicial exploit amounts to imposing US domestic law on the world. The US is enforcing what the United Nations calls unilateral coercive measures. These measures are literally starving the Venezuelan people and denying them medicine in a time of COVID – clearly collective punishment and therefor illegal.

Luis Filipe Tavares, who was prime minister at the time of Saab’s illegal arrest, affirmed that on all questions of national security Cabo Verde submits to US command. He declared: “The United States of America is the only one to defend us!” Cabo Verde, incidentally, is applying for membership in NATO, a US-commanded military alliance.

Femi Falana, Saab’s lead attorney at the regional court in Nigeria, commented: “The public confession by the [Cabo Verde] Prosecutor General on Thursday last week that the case against Alex Saab is indeed rooted in political expediency.”

Saab’s habeas corpus writs have been twice taken to the Cabo Verde Supreme Court and twice denied on the absurd grounds that he is “already at liberty” and that there has been “no depreciation of freedom.”

In January, after seven months of prison conditions that the US State Department describes as “life threatening,” Saab was moved under regional judicial pressure to “house arrest,” which in this case is really prison by another name. He cannot leave the house and visitation even by his lawyers is severely limited. Saab, who has been diagnosed with cancer, has not been able to have his oncologist visit him. Similarly, visitation by members of his family and international legal team members has been denied.

The shuttered concrete block building, where Saab is confined, is under heavy police guard. Saab not only has to pay the rent on his de facto prison, but he also must pick up the tab on the adjacent building where his prison guards are quartered.

The next step in Saab’s legal defense is to challenge the constitutional grounds for the Cabo Verde Supreme Court’s decision not to release him. On Monday, writs of habeas corpus were filed at the Supreme Court, challenging the court’s rulings.

An emergency humanitarian delegation, which has been in Cabo Verde since June 3 working on a number of fronts to #FREEAlexSaab, filed the writs. The signatories are religious leader Bishop Filipe Teixeira of Boston and a Cabo Verdean citizen, Cabo Verdean presidential candidate Pericles Tavares and also of Providence, Rhode Island, and US citizens and human rights activists Sara Flounders with the International Action Center and Roger Harris with the Task Force on the Americas.

The writs of habeas corpus are on three grounds. First, Alex Saab is a special envoy of Venezuela and its deputy ambassador to the African Union. He thus has diplomatic immunity from arrest and detention.

The second ground refers to an INTERPOL Red Alert for his initial arrest. Although the Cabo Verdean authorities used this as an excuse to follow the dictates of the US, the Red Alert was cancelled, so it cannot be used to justify Saab’s continued arrest.

The third ground is the ruling by the regional court of the Economic Community of West African States (ECOWAS) to not only free Saab but to pay him $200,000 in damages. The claim by the Cabo Verde government that the ECOWAS ruling is not binding is bogus.

Saab’s lawyer in Cabo Verde’s capitol city of Praia, Jose Manuel Pinto Monteiro, explained that Cabo Verde is a member of the regional ECOWAS community, where it enjoys measures for economic development, mutual aid, and several other benefits. Yet Cabo Verde ingenuously refuses to come under ECOWAS’s human rights jurisdiction.

When the Saab case came before the ECOWAS court, Cabo Verde fully participated making procedural motions and oral arguments and then appealing and losing again. So, while in effect recognizing the court by being a full participant in their proceedings, Cabo Verde claimed that the regional court did not have jurisdiction after it had twice lost its case.

The Cabo Verde court will now have three months to consider the habeas corpus writs. However, attorney Pinto anticipates a decision as soon as mid-June. If it goes against Alex Saab, he may soon be extradited to the US for the “crime” of trying to secure humanitarian supplies for one of the 39 countries worldwide suffering under illegal US sanctions.

Roger D. Harris is with the human rights group, Task Force on the Americas. He was recently on an international delegation to Cabo Verde.