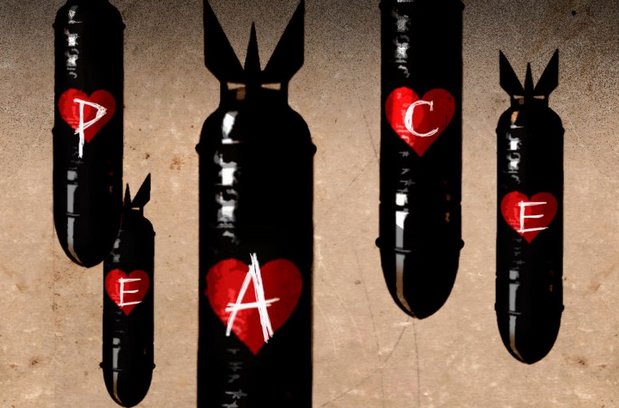 US Court Of Appeals Finds Discrimination Of Muslim Searches

October 13, 2015, Philadelphia – Today, the U.S. Court of Appeals for the Third Circuit issued a comprehensive and stirring decision in the case Hassan v. City of New York, recognizing that New Jersey Muslims who have been subjected to the New York City Police Department’s program of blanket, suspicionless surveillance stated a valid claim of discrimination on the basis of their religion. The decision reverses a district court ruling dismissing the case.

Muslim Advocates and the Center for Constitutional Rights challenged the spying program on behalf of a diverse group of plaintiffs from throughout the state – ranging from a decorated Iraq war veteran to the former principal of a grade-school for Muslim girls – who share one thing: their Muslim faith. The district court had dismissed the case on February 20, 2014, in a controversial 10-page summary ruling that has been compared to the discredited 1944 Supreme Court case upholding the internment of Japanese-Americans during World War II. Without subjecting the City’s program to the strict scrutiny required when governments engage in discriminatory practices, the district court simply accepted the City’s claim that the discrimination was justified by its purported goal of protecting national security. The district court also found that any harm to the communities that have been spied on was not caused by the unlawful surveillance program itself, but by the Pulitzer Prize-winning reporting by the Associated Press that exposed it.

“The court reaffirmed the elementary principle that law enforcement cannot spy on and harass individuals for no other reason than their religion and the equally important principle that courts cannot simply accept untested claims about national security to justify a gross stereotype about Muslims. There is no Muslim exception to the Constitution,” said Center for Constitutional Rights Legal Director Baher Azmy. “This case of religious profiling is the other side of the stop-and-frisk coin, yet the de Blasio administration, which won the election on a platform of police reform, still defends this form of outright discrimination against Muslims.”

“Today is a good day for the civil rights of all Americans,” said Muslim Advocates Legal Director Glenn Katon.  “The court agreed that American Muslims cannot be treated like second class citizens by police because of their faith.  We look forward to continuing our case to ensure that no American should be spied on simply because of the way he or she prays.”

The court today recognized the ugly parallels between the targeting of Muslims in the post-9/11 era and the targeting of the Japanese in WWII, as well as other dangerous historical parallels. Invoking Justice Robert Jackson’s prescient dissenting opinion in the odious case upholding the internment of the Japanese, Korematsu v. United States, the court explained:

We believe that statement of Justice Jackson to be on the right side of history, and for a majority of us in quiet times it remains so . . . until the next time there is the fear of a few who cannot be sorted out easily from the many. Even when we narrow the many to a class or group, that narrowing—here to those affiliated with a major worldwide religion—is not near enough under our Constitution. “[T]o infer that examples of individual disloyalty prove group disloyalty and justify discriminatory action against the entire group is to deny that under our system of law individual guilt is the sole basis for deprivation of rights.” Id. at 240 (Murphy, J., dissenting).

What occurs here in one guise is not new. We have been down similar roads before. Jewish-Americans during the Red Scare, African-Americans during the Civil Rights Movement, and Japanese-Americans during World War II are examples that readily spring to mind. We are left to wonder why we cannot see with foresight what we see so clearly with hindsight—that “[l]oyalty is a matter of the heart and mind[,] not race, creed, or color.” Ex parte Mitsuye Endo, 323 U.S. 283, 302 (1944).

“This is a significant ruling for all Americans,” said Farhaj Hassan, lead plaintiff of the lawsuit.  “I am so pleased the court recognized our claim that the NYPD is violating our basic rights as Americans and were wrong to do so. No one should ever be spied on and treated like a suspect simply because of his or her faith, and today’s ruling paves the path to holding the NYPD accountable for ripping up the Constitution. Enough is enough.”

Under the NYPD’s program, the AP reported, the NYPD spied on at least 20 mosques, 14 restaurants, 11 retail stores, two grade schools, and two Muslim Student Associations in New Jersey alone. The monitoring has included video surveillance of mosques, photographing license plates, community mapping, and infiltration by undercover officers and informants of places of worship, student associations, and businesses. Internal NYPD documents, including a list of 28 “ancestries of interest,” reveal that the NYPD used racial and ethnic backgrounds as proxies to identify and target adherents to the Muslim faith. To date, by its own admission, the NYPD’s surveillance of Muslims has not produced a single lead.

Though the NYPD recently disbanded one of the main units through which it conducted the surveillance, there is no evidence that it has abandoned the underlying unlawful targeting and profiling of Muslims.

For more information about the case, please visit www.muslimadvocates.org/endspying  and http://www.ccrjustice.org/hassan.

Hassan was initially filed by Muslim Advocates; the Center for Constitutional Rights and Gibbons, P.C. joined as co-counsel several months later. It is the first case to challenge the NYPD’s Muslim spying program.