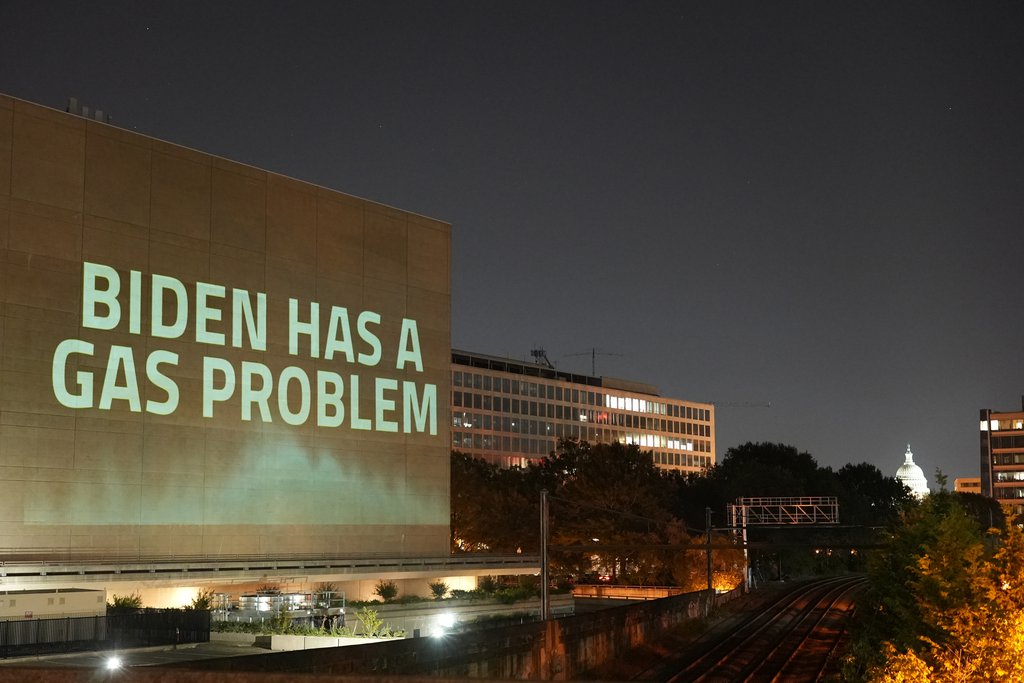 US Gas Exporters Grabbed A Wartime Windfall From Conflict In Ukraine

New analysis shows that US fossil gas exporters have raked in huge financial gains since Russia’s invasion of Ukraine, while a seperate report exposes how President Biden’s response to the war includes a set of measures demanded by a secretive gas industry lobby group.

We found that Cheniere, the US’s biggest exporter of liquified natural gas (LNG), increased its cash earnings by $3.8 billion in the first half of 2022, compared to the previous year.

US LNG exporter Freeport’s revenues from sales to Europe also rocketed in the first five months after Russia’s attack on Ukraine, up from $490 million over the same period in 2021 to more than $1.4 billion this year.

Meanwhile Sempra, another major US exporter of LNG, saw an almost eight-fold increase in revenue from LNG sales to Europe from the start of the war to the end of July compared to the same period in 2021, from $250 million to $1.7 billion.

All three companies are participants in a joint US-EU energy security taskforce, set up in March 2022 by President Biden and Ursula von der Leyen, President of the European Commission, as a response to the war in Ukraine.

The taskforce aims to reduce Europe’s dependence on Russian fossil fuels and increase LNG exports from the US to Europe.

Climate justice groups and lawmakers have voiced concerns about a potential bias towards fossil gas within the taskforce at the expense of green options for cutting out Russian fossil fuels, such as speeding up the rollout of wind, solar and energy efficiency projects.

Very few details about the taskforce are publicly available, prompting us to write to President Biden and describe the opacity as unlawful and reminiscent of Trump.

Fossil Gas Lobbyists Got All They Wanted From Biden

The creation of a US-EU energy taskforce was one of five actions demanded of President Biden by LNG Allies, a secretive fossil fuel lobby group, all of which would boost the LNG industry it represents.

LNG Allies made its demands just one day after Russia invaded Ukraine, claiming they would help Europe’s response to the war. As well as setting up the energy taskforce, LNG Allies called on President Biden to:

Our research shows that within a matter of weeks after Russia’s attack on Ukraine, all five measures had been implemented by the Biden administration, with LNG Allies boasting that some of them were a direct result of its lobbying.

As such, it appears that core elements of the US’s response to the war were dictated by fossil gas lobbyists with a vested interest in expanding their climate-wrecking industry.

Analyses show that the EU’s security of supply, and its goal of ending dependence on Russian gas, do not require the construction of new gas infrastructure or additional imports of LNG.

Accelerating the rollout of renewables and energy savings while – over the short term – keeping LNG imports at their 2019 level or lower would allow the EU to maintain energy security and exit Russian gas by 2025.

This makes the expansion of LNG a pointless exercise that only serves to line the pockets of gas industry executives and their lobbyists.

Meanwhile communities living near fossil gas infrastructure, who are disproportionally communities of Color, will be even more exposed to toxic pollution and devastating health impacts caused by the industry.

LNG Allies and other gas industry lobbyists are pushing to build more fossil fuel infrastructure with operating lifespans of 30 to 80 years. This is fundamentally at odds with having a safe climate.

The science is clear: carrying on burning fossil fuels from existing infrastructure, let alone new projects, will push us past 1.5°C of planetary heating.

To prevent global disaster, governments need to implement a rapid phaseout of fossil fuels including gas, in tandem with a major scale-up of renewables and energy efficiency.

To this end, Global Witness is part of the Fossil Free Politics campaign, which pushes for restrictions on fossil fuel lobbyists similar to those in the tobacco business.

Trying to fix the energy crisis with the same dirty fossil fuels that caused it won’t work. Instead, we can achieve energy security, cut household bills and help ensure a safe climate for all by rolling out cheap, homegrown renewable energy and mass programmes for insulating people’s homes.