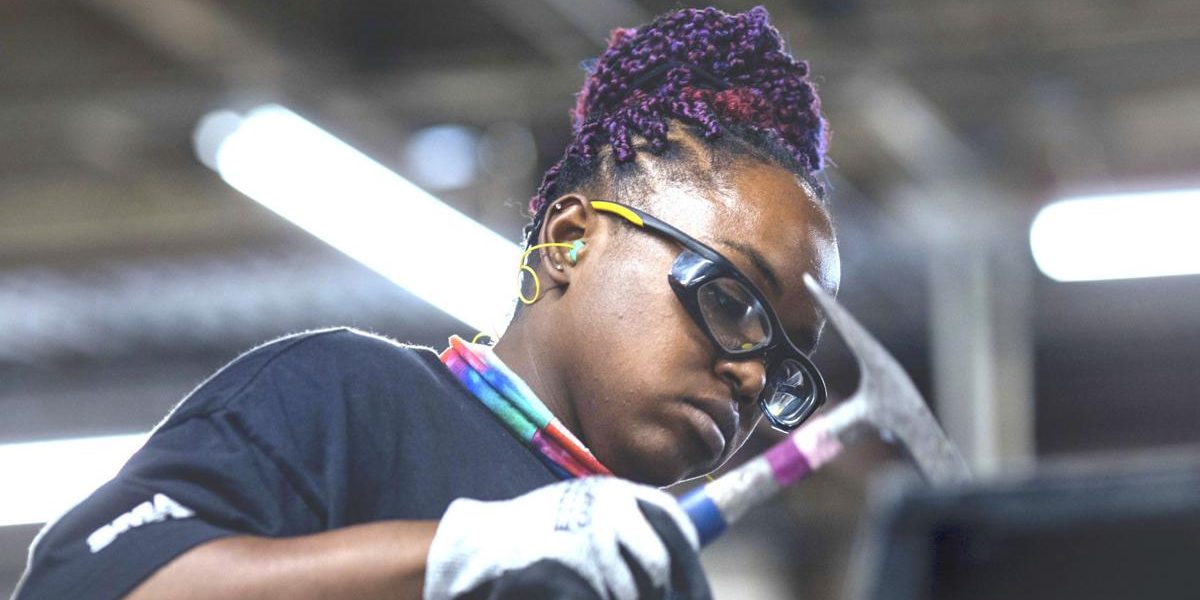 US Labor’s Future May Depend On Monetary And Fiscal Policy

Labor Day is a good time to reflect upon how American workers have been doing — especially the majority who have been left behind for most of the past 40 years. From 1979 to 2018, the median wage has grown by just 11.6 percent. If we compare this to prior decades, e.g., 1948 to 1979, that increase was 93.2 percent. These two facts tell a big part of the story of a social transformation that is both inexcusable and historically unusual: a high-income country becoming vastly more unequal, as most workers’ pay fails to rise with most of the gains in productivity that has accompanied their work.

Then came COVID, which has disproportionately harmed and killed lower-wage and Black workers. Hopefully, the current wave will subside and pass soon, as more people are vaccinated. But the struggle for equality and decent living standards in the world’s richest country continues even through the pandemic.

Fortunately, there have been some recent changes in national economic policy that could vastly change how the next 40 years look. But only if we can keep them.

These changes are in monetary and fiscal policy. Monetary policy is set by the Federal Reserve, which generally determines how many people are unemployed. Here is the current chairman of the Fed, Jerome Powell, speaking to the Senate in February about the wonders of pre-pandemic, 3.5 percent unemployment:

you saw employers investing more in training. You saw employers looking for people at the margins of the labor force. Employers were going to prisons and getting to know people before they came out and giving them jobs as they came out. Great things happening from a tight labor market …  and that’s one of the reasons we’re so eager to get back to that …

I doubt that any chair of the Fed has ever said something like this. The problem with the Fed historically has been that it has kept unemployment too high, by raising interest rates and slowing the economy unnecessarily. Most of the US economic expansions since World War II have not “died of natural causes,” but were “murdered by the Fed over the issue of inflation,” as the famous economist Rudi Dornbusch expressed it.

In addition to monetary policy, there has been a transformative change in fiscal policy: the government’s use of taxing and spending. Deficit spending has been vastly larger as compared to during, and following, the Great Recession. This has greatly sped up the recovery of the economy and of employment. At the same time, it has significantly reduced poverty with stimulus checks, food stamps, an expanded child tax credit, and greatly increased unemployment benefits.

All this has brought pushback, mostly from the Right. Some have sounded the alarm about the headline inflation rate (5.4 percent over the past year) to attack both current monetary and fiscal policy. The basic argument is that higher inflation is a result of these policies running the economy “too hot.”

But the Fed and other economists have shown that current inflation will very likely fall back to pre-pandemic levels, as the economy overcomes shortages in the transition from COVID/recession. For example, durable goods (cars, appliances, furniture) have contributed a sizable chunk of the inflation over the past year. But this is a temporary phenomenon; over the past 25 years these prices have fallen 1.9 percent annually.

We can therefore look at the Fed’s longtime measure of inflation, over 18 months and excluding durable goods. This is currently not far from the Fed’s target inflation rate of 2 percent.

In short, there is no reason to worry about these historic changes in what economists call macroeconomic policy. On the contrary, as we move toward full employment, pay for lower-wage workers will rise faster than income at the top. This will reduce income inequality by race and gender as well. The large budget bill moving through Congress would allow tens of millions of older Americans — many of whom suffer serious health problems from lack of dental care — to afford it for the first time. Democrats also seek to include vision and hearing in Medicare.

Preschool, child care, paid family and medical leave, community college, and programs to reduce carbon emissions are among the items that Democrats seek to include.

If fiscal and monetary policy can be kept on the right track, the future of American workers could see dramatic improvements. Maybe even for the next 40 years.