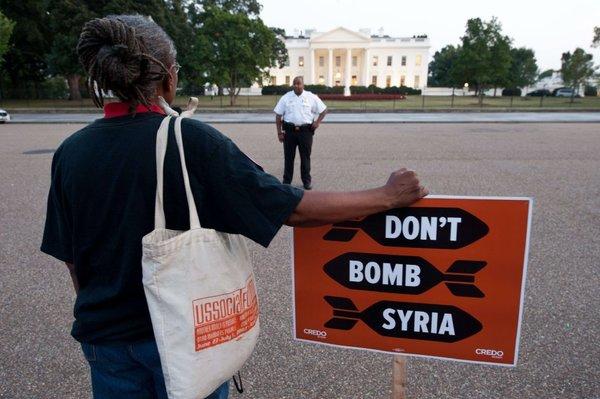 Above Photo: By Nicholas Kamm / AFP/Getty

Note: On December 26, 2017 Counterpunch reported that they had been contacted by the FBI about Alice Donavan and theWashington Post reported she was a Russian agent. Counterpunch investigated the author but was unable to determine if Donovan was a real person, a troll or a Russian agent. They did discover she plagerized content from other articles. We are leaving the article published but wanted readers to be aware of this controversy. KZ

Air strikes carried out by the US and its coalition partners in Syria have killed the highest number of civilians on record since the bombing campaign began, a war monitor has said.

The Syrian Observatory for Human Rights, a group mostly advocating anti-government forces in the war in Syria, said on Tuesday that the US-led coalition killed a total of 225 civilians between April 23 and May 23, the highest 30-day toll since the campaign began in 2014.

“The past month of operations is the highest civilian toll since the coalition began bombing Syria,” Observatory head Rami Abdel Rahman told AFP news agency. “There has been a very big escalation.”

A U.S. military spokesman was quick to characterize those casualties as being accidents, otherwise, the result of U.S.-allied bombings but deferring all blame from the U.S.-led alliance.

Stephen Townsend, a U.S. general and commander of Baghdad’s forces, said that the Islamic State group had “probably played a role in those casualties,” by using civilians as human shields. He provided no proof to validate his claims.

International human rights organizations argue that the official number of civilians killed in coalition operations is far greater than that reported by the Pentagon beacause Washington rejects figures provided by monitors on the ground and always tries to cut back on the number of the casualties.

In March, the US was accused of killing around 300 civilians alone after one strike which hit a mosque in Aleppo province and two incidents in the fight for Isis-controlled neighbourhoods of the Iraqi city of Mosul.

Earlier this month, the US military said that coalition air strikes in Iraq and Syria had ”unintentionally“ killed 352 civilians since the campaign began, but rights groups have blasted the estimate as too low, saying the US is guilty of not taking “sufficient precautions” to avoid civilian deaths.

The US and allies formed the coalition earlier in 2014 to fight Daesh in neighboring Iraq, but they later expanded it to include territories in east and north of Syria. Damascus, which itself is busy fighting terrorists on multiple fronts, condemned the decision at the time, saying it violated Syria’s territorial integrity.

The Syrian government has never sought assistance from the West as it insists that Washington and allies in Europe have helped the surge in militancy in the Arab country by providing direct finance and weaponry to certain militant groups.

SOHR’s own estimate is that 1,481 people, among them 319 children, have been killed by US-led air operations since 2014.

The International Coalition consists of the United States, United Kingdom, France, Germany, Italy, Canada, and Denmark among others.