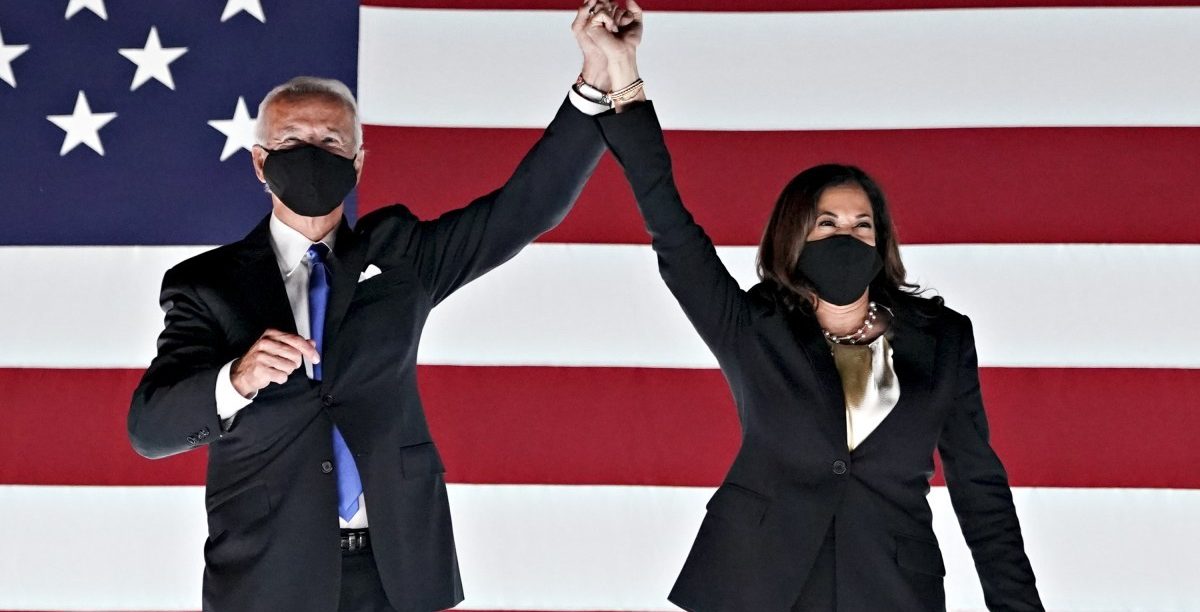 Joe Biden’s inauguration as the 46th president of the United States is now all but certain.

In order to have any chance of successfully advancing his legal narrative of electoral shenanigans President Trump would have to both (A) really want to remain president and (B) have the backing of sufficiently large power structures, neither of which appear to be the case. When you’re a Republican president and Murdoch is actively fighting against you, it doesn’t matter what the facts are. The narrative war is lost. Trump is done.

Two months ago, Kamala told CNN that Russian interference — undefined, of course, because who needs details? — could cost Biden the election. Since Biden won, expect us to now hear zilch about "Russian interference." It's outlived its partisan utility. pic.twitter.com/fvJP9csvYn

[Forrest Gump voice:] And just like that, the Russians were gone.

Every Kremlin agent hiding under every bed, every Saint Petersburg troll lurking around every corner, every Russian hacker we’ve been told was working around the clock to destroy America’s imaginary democracy–poof! We’re not hearing a word about them anymore.

If the Russians had really been trying to influence this election, as we’ve been told for years they most definitely would, and if foreign election interference really is an act of war comparable to 9/11 and Pearl Harbor, as we’ve been told for years that it is, then it should be just as big a deal regardless of which candidate win. Yet we’re not hearing a peep on the subject from the blue-checkmarked commentariat who’ve been shrieking about the Russian menace for four years.

We have, oh so very predictably, been hearing a fair bit about China though.

The Chinese Communist Party is celebrating.

Because they interfered in this election and think they’ve won. https://t.co/uztmmSkYrI

If Biden Wins, Russiagate Will Magically Morph Into Chinagate

Liberals are heaving a sigh of relief around the country, not because their actual lives have gotten much worse as a result of Trump’s presidency (they have not), but because it means at long last they’ll stop being psychologically abused by the mass media who’ve been screaming hysterical nonsense in their faces and making them feel crazy.

Bit by bit cautious celebrations are beginning to erupt from coast to coast (okay maybe just the coasts) as Biden’s January inauguration becomes less of a possibility and more of a certainty. It’s not the thunderous rejoicing it will be when they make it official, but little expressions of glee are popping up everywhere. Kids are being hugged. Parents are being called. Bold tie choices are being made.

When Trump was elected, I decided I’d only wear black ties. It was a personal and private act of mourning. I didn’t say anything about it. And almost no one noticed over these past four years.

“At long last there will be adults in the White House again!” goes the common refrain.

And make no mistake, murdering people is what the Biden administration will be doing. This will in fact be the only president in recent memory who actually campaigned on being more interventionist and attacking his opponent for not being hawkish enough. Trump ran on a platform of scaling back US interventionism, as did Obama, as did even Bush, but Biden did the opposite. He is beginning from a much more hawkish position than he predecessors right off the bat.

Add to this the bloodthirsty ghouls who appear likely to wind up in Biden’s cabinet and the hawkish rhetoric of his foreign policy advisors, and you’re likely looking at a president who will serve as an empty vessel for whatever the US war machine wants to pour into him. Mass murders are being planned, and it’s going to get ugly.

It’s odd, you know. US political leaders are so revered by the media and so normalized on our screens that it’s easy to forget how many children they’ve killed. You see the doddering old man eating ice cream enough times and it becomes difficult to marry him in your mind with the butcher who played a crucial leading role in advancing the Iraq invasion which killed a million people and ushered in an unprecedented new age of military expansionism.

But the important thing is that he won’t be making rude tweets and bungling coup attempts in the Global South. He will be a Competent Grown-Up, like the daddy we always wanted. He will pilot the insatiable death machine with grace and decency, right into the homes of the world’s most vulnerable.