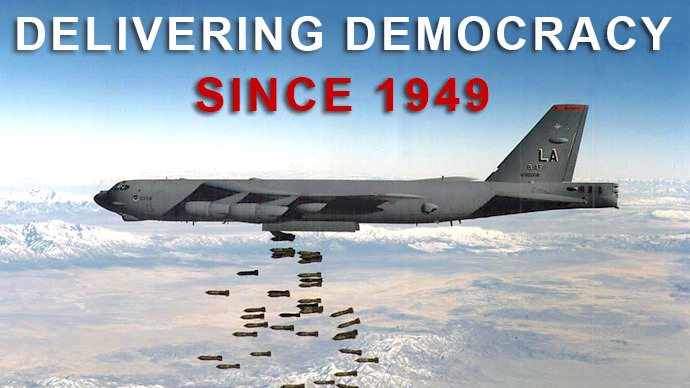 Here is a speech Vladimir Putin DID NOT make — at least in this specific language — to the Russian people just before initiating the special military operations in Ukraine:

“It is my responsibility as the president to warn our citizens of secret, swift, and extraordinary buildup of US/NATO missiles — in an area well known to have a special and historical relationship to Russia and the nations of our hemisphere, in violation of American assurances, and in defiance of treaties and our own policies — this sudden, clandestine decision to station strategic weapons on our borders — is a deliberately provocative and unjustified change in the status quo which cannot be accepted by this country.”

Does this have a familiar feel to it?

Here is the speech which President John F. Kennedy DID MAKE to the American people on October 22, 1962, when he warned of a . . .

“… secret, swift, and extraordinary buildup of Communist missiles — in an area well known to have a special and historical relationship to the United States and the nations of the Western Hemisphere, in violation of Soviet assurances, and in defiance of American and hemispheric policy — this sudden, clandestine decision to station strategic weapons for the first time outside of Soviet soil — is a deliberately provocative and unjustified change in the status quo which cannot be accepted by this country.”

The Cuban Missile Crisis which resulted from the discovery of this military escalation by the Soviets, almost resulted in a world war and nuclear annihilation.

The tables have rotated 180º. Now it is the US which is putting the survival of humankind at risk, escalating the conflict in Ukraine by dumping more and more weapons into the conflict zone, demonizing Putin and everything Russian, apparently urging the Ukrainians to avoid a negotiated peace and to fight to the bitter end.

There were solutions in place to prevent the entire Ukrainian situation from evolving into the terrifying mess we now see. First, there was the Minsk II Agreement of February 12, 2015, signed by Ukraine, guaranteed by France, Germany and Russia. It was ignored by Ukraine, never implemented. There is speculation that it was the US which prompted the stonewalling. Then, December of 2020, Russia itself proposed very concrete steps, as draft treaties, that could be taken to defuse the tensions and guarantee greater security for all of Europe and the world. These were formally submitted to both the US and NATO in writing. They were dismissed. Now with the conflict in full swing, Russia has repeatedly made clear its current position on ending this. What the Russians is demand is no different than what Kennedy demanded of the USSR. This has also been flatly rejected.

From the outset of the crisis, Russia has been maligned, vilified, rejected, canceled, viciously attacked at every opportunity for merely wanting the assurances and concrete reductions to the threat posed by NATO and the US on its borders, just as JFK laid out subsequent to his announcement of Soviet missiles in Cuba.

(As a revealing aside, the comprehensive scale of the vilification and attempted isolation of Russia across the planet, even in spheres completely unrelated to politics — dance, sports, art, music, cultural exchange programs, space exploration, pet shows — could not have been spontaneous. Any multi-layered attack of this scale had to have been in the works for some time. At least, that’s how I see it.)

What conclusion can we draw from all of this? What message are we actually hearing from Biden, Blinken, Stoltenberg, Johnson, Scholz, Macron, and the rest of the US puppets around the world?

I can see only one: US/NATO wants war with Russia. Which frankly, hardly comes as a surprise. From documents, white papers, policy statements, speeches by officials in the State Department and various administrations along the way, all easily accessed by just looking, the dismemberment of Russia and looting its vast and varied natural resources has been on the agenda for at least three decades.

It’s war. Not liberation. Not freedom and democracy. It’s war.

Please correct me if I’m wrong.