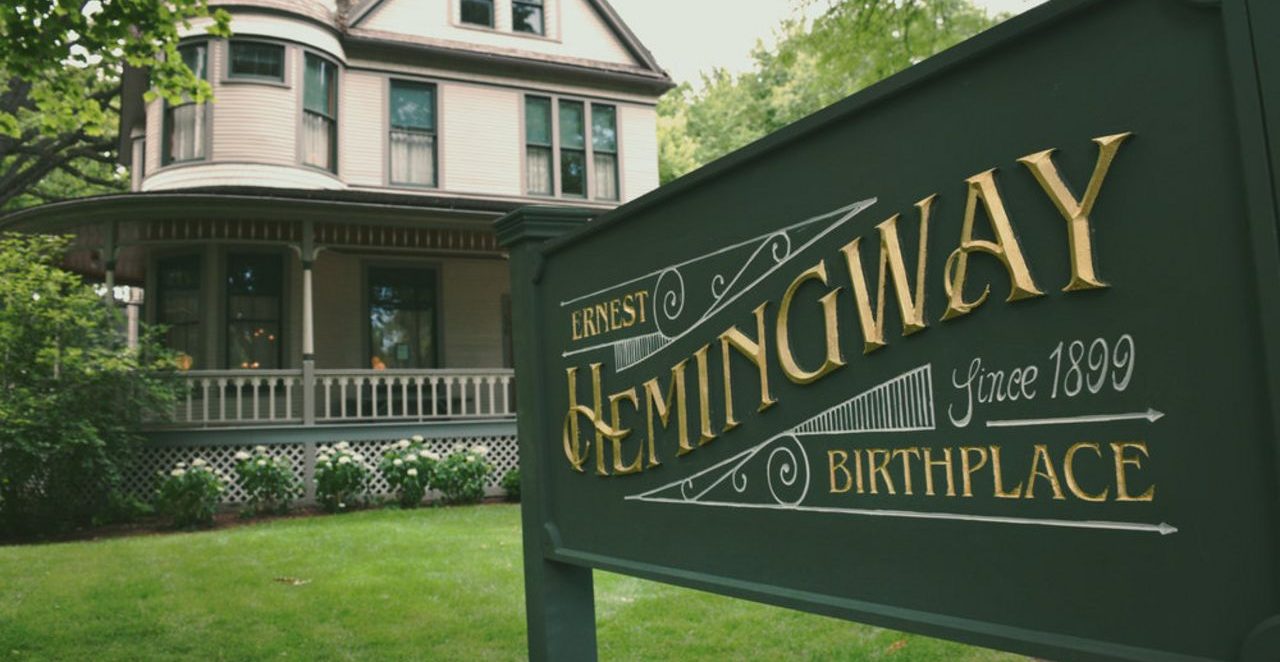 Above Photo: The Ernest Hemingway Foundation of Oak park.

While hundreds of people in the US and 10,000 globally continue to die each day, American media outlets lose no opportunity to assure their viewers and readers that the pandemic is “over.”

In fact, the suffering of the population continues, long- and short-term physical and economic suffering. For example, Feeding America reports that more than 50 million people in the US experienced food insecurity in 2020, up from 35 million in 2019, while more than 42 million face the same condition this year. A new study also indicates that one-third of Americans planning to retire now say the pandemic has delayed their retirement.

Artists are faring badly, along with other vulnerable and unprotected portions of the population. This alone should encourage the radicalization of more thinking elements among the artists.

A June 14 update from Americans for the Arts estimates that nonprofit arts and culture organizations in the US have lost some $17.3 billion to date since the outbreak of the pandemic. Ninety-nine percent of producing and presenting organizations have canceled events, a loss of an estimated 541 million canceled ticket admissions. Local area businesses have experienced enormous declines in revenue, as have local governments. The survey calculates that “1.01 million jobs have been negatively affected as a result of canceled events.”

The statistics are mind-numbing, but revealing: some 46 percent of arts and culture organizations have laid off or furloughed workers. More than a third of this group had more than 50 percent of their staff affected. Less than half expect to return to pre-pandemic employment levels, and not until 2022 or beyond at that. Arts employment as a whole is still down 25 percent from its level before the pandemic. Many positions are never coming back.

The June 14 report indicates that more than half of arts organizations “with in-person programming remain closed to the public. 36% have targeted a 2021 re-open date. 38% have no target date. 42% lack the financial resources needed to restart in-person programming. 68% of those report it will take 3+ months to assemble those funds, and 14% are not confident they can do so at all.”

The US Census Bureau’s Small Business Pulse Survey suggests that “arts, entertainment, and recreation” businesses are among the most likely to take longer than six months to recover from the pandemic.

The Americans for the Arts report asserts that artists and creative workers “remain among the most severely affected segment of the nation’s workforce, having lost an average of $34,000 each in creativity-based income since the pandemic’s onset. At the height of the pandemic in 2020, 63% experienced unemployment. … 37% have been unable to access or afford food at some point during the pandemic and 58% have not visited a medical professional due to an inability to pay. 95% have lost creative income. 74% had events canceled.”

Arts and entertainment in New York City and state have sustained particularly sharp blows. According to Creatives Rebuild New York, 50 percent of performing arts jobs statewide have been lost, with that figure rising to 72 percent in New York City. The city’s arts and recreation sector suffered a 60 percent drop in employment between February and April 2020.

Many museums in the US, where government subsidization of arts and culture is pitiful, also face a bleak future. A “National Snapshot of COVID-19 Impact on United States Museums,” prepared for the American Alliance of Museums in April, revealed that three-quarters of the museums surveyed report their operating income “fell an average of 40 percent in 2020 while their doors were closed to the public an average of 28 weeks due to the pandemic.”

Fifteen percent (over 5,000 US museums) confirmed there was a “significant risk of permanent closure” or they “didn’t know” if they would survive the next six months absent additional financial relief.

The institutions responding to the American Alliance of Museums survey reported having, on average, “16 months of operating reserve on hand, but one quarter of respondents had 4 months or less remaining. Fifty-nine percent of responding museums had to cut back on education, programming, and other public services due to budget shortfalls and/or staff reductions.”

At the time of the April survey, nearly 30 percent of responding museums were still closed. Those that were open were experiencing an average of only 41 percent of pre-pandemic attendance. Of those that were closed, “64 percent had identified an opening date, with 79 percent identifying a reopening date by July 2021 or earlier.”

“Museums,” the “Snapshot” continues, “have largely been unable to offset losses by cutting expenditures. Nearly two-thirds of institutions (61 percent) report that their net operating performance decreased, by an average of 38 percent.” The average pandemic-related loss per museum was nearly $700,000, an intolerable loss for smaller organizations.

Behind these dull figures lies a social and cultural crisis, organizations and museums closed or damaged, thousands of individual lives harmed or even ruined. And all of this unnecessary, all of it because of the homicidal policies of US governments at every level, under Republicans and Democrats alike, designed only to protect and extend the assets of the very wealthy.