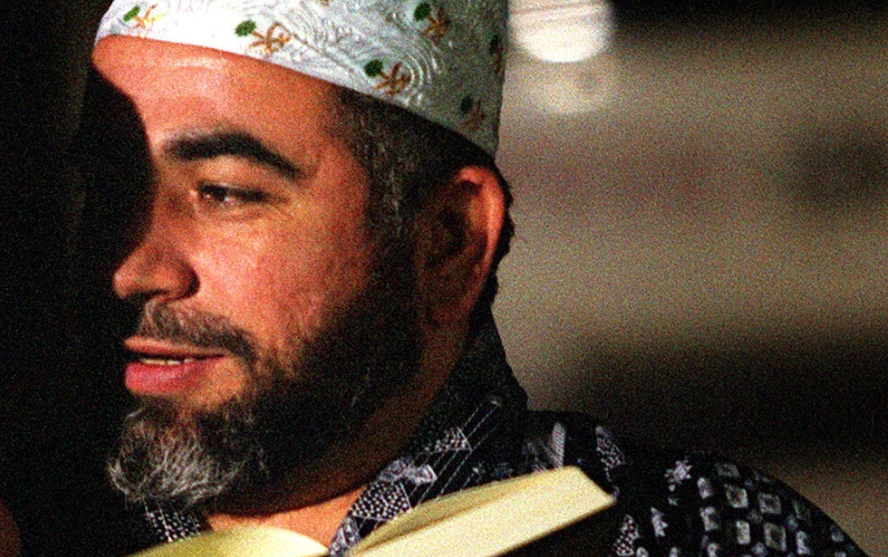 Above photo: Adham A. Hassoun by John L. White for the South Florida Sun Sentinel.

Adham Amin Hassoun, a 58-year old US citizen and a Palestinian born in Lebanon, who is the first person detained indefinitely under the Patriot Act over terrorism-related charges, has been freed. Hassoun has been deported after a legal battle to hold him indefinitely failed, Associated Press reports.  He left the US for an unknown country aboard a charter flight arranged by U.S. Immigration and Customs Enforcement. Last month, a judge ordered his release because the government failed to prove he is a threat to national security.

According to the Daily Beast, Nicole Hallett, one of Hassoun’s lawyers, confirmed the US’ first post-conviction terrorism detainee is free and has gone to another country. Another lawyer for Hassoun, Jonathan Manes, said, “After 18 years of imprisonment and nearly 1 1/2 years detained unlawfully under the Patriot Act, he is now a free man,” according to AP. Hassoun was treated as an immigrant after the validity of his citizenship was challenged.

Hassoun immigrated to South Florida in 1989, married, and had three children, all of whom are US citizens. His youngest son is now 20 years old. While he was in prison, he was divorced.  The New York Times reports Hassoun was a former computer programmer who came to the US on a student visa. He was arrested in 2002 during federal sweeps following the Sept. 11, 2001 attacks. His family moved to Lebanon after his arrest.

Hassoun was being held in a federal immigration detention center in Batavia despite completing his criminal sentence in 2017. He served 15 years for sending checks to Muslim charities outlawed by Congress after the 9/11 attacks. When he had finished his sentence, Donald Trump became the first US president to invoke the Patriot Act in order to hold someone behind bars for an indefinite length of time.

The Daily Beast describes the unique approach the Trump administration took to Hassoun writing: “After Hassoun’s conviction expired in 2017, the Department of Homeland Security and the Justice Department had sought unreviewable authority to detain Hassoun under both an obscure immigration regulation and a never-before invoked provision of the Patriot Act, known as Section 412. The clause allows the government to detain non-citizens imprisoned on US soil who cannot be deported and are deemed on ‘reasonable grounds’ to be engaged in ‘activity that endangers the national security of the United States.’ The administration declared Hassoun, a man in his late 50s who has never been accused of violence, a threat to national security.”

While Donald Trump took unusual measures, the prosecution of Hassoun began during the Bush administration when he was prosecuted under the Patriot Act for material support for terrorism. Hassoun was kept in immigration detention and pressured to become an informant by the FBI. They accused him of sending money to terror cells but at sentencing, Judge Marcia G. Cooke said the Justice Department could not point to any act of violence Hassoun enabled or facilitated. Cooke rejected the life sentence sought by government prosecutors.

After he finished serving his sentence in October 2017, the abusive criminal treatment of Hassoun did not end. The government did not release him but sought to deport him. They claimed they could not find a country to deport him to because he although he was born in Lebanon he did not have citizenship there. They sent him to an ICE prison outside Buffalo, NY. Hassoun became the first terrorism convict detained there after his time was served. He was a forever prisoner, a victim of the never-ending post 9/11 wars.

Eight months after an obscure provision of the 2001 Patriot Act had been used to hold him indefinitely, the case against Hassoun collapsed when a federal judge raised “serious concerns about governmental conduct” in the now-junked case against him.

The government’s case was based on the word of a prison informant, Shane Ramsundar who claimed Hassoun was a dangerous terrorist. The government had hidden evidence from the defense lawyers that Ramsundar had been “formally admonished by the FBI when he previously served as an informant”; and had offered to trade testimony for leniency in his own immigration case.

Judge Wolford wrote that she was “deeply troubled” and that the government’s actions raised “serious concerns about governmental conduct.” The judge raised the prospect of imposing “sanctions and/or further relief” against the Justice Department. The Justice Department agreed not to rely on the testimony of Ramsundar anymore. Before the next hearing, the Justice Department gave up and admitted the remaining evidence “is insufficient to meet the standard set” by Wolford.