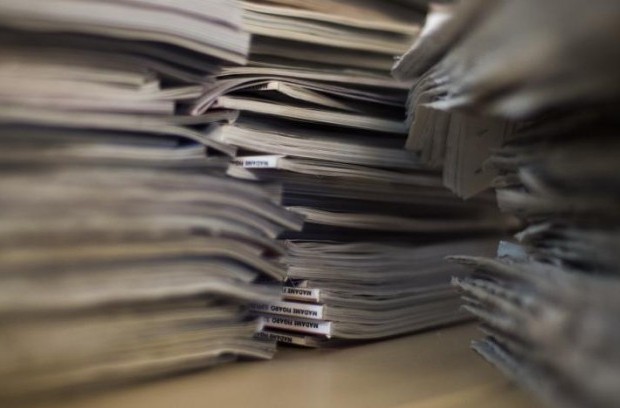 Reporters Without Borders: Cause for concern are the “administration’s obsessive control of information, which manifests itself through the war on whistleblowers and journalists’ sources, as well as the lack of government transparency”

The United States’ ranking improved in Reporters Without Borders (RSF) World Press Freedom Index, published on April 20. At 49th place in 2015, the country now ranks 41st out of 180 countries. This improvement in ranking is, however, quite relative, as in this section of the Index surrounding countries’ scores are close and small improvements are enough to drive such a positive evolution. This relative improvement by comparison hides overall negative trends.

The United States has gone from 49th to 41st place on the World Press Freedom Index, the latest version of which was published by RSF on April 20. The United States now ranks higher than France (45th), but still ranks lower than Canada (18th).

After months of US government consultations – which included RSF – President Barack Obama met in June 2015 with former hostages and the families of US citizens held hostage abroad and unveiled a new hostage policy. RSF hailed the policy improvements, including provisions for involving the families more and the possibility of negotiating with hostage-takers, but RSF reminds US authorities that they must continue to live up to expectations generated by the announcement. Austin Tice, the last American journalist missing or held hostage abroad since Jason Rezaian’s release from Iran, is still missing in Syria.

In January 2015, the Department of Justice (DOJ) stopped its harassment of New York Times’ journalist James Risen. The DOJ had tried for years to force him to reveal his sources for the book he published on the CIA, State of War, and threatened jail time if he refused. Furthermore, the increase in the US’ ranking is also due to the fact that all journalism-related charges in the case against former Vanity Fair and Guardian contributor, now The Intercept contributor Barrett Brown were dropped in March 2014 ; he is no longer in jail for his activities as a journalist.

The main cause for concern for RSF continues to be the current administration’s obsessive control of information, which manifests itself through the war on whistleblowers and journalists’ sources, as well as the lack of government transparency, which reporters have continually criticized. The Obama administration has prosecuted more whistleblowers under the Espionage Act than all previous administrations combined. Jeffrey Sterling, a former CIA operative, was convicted solely on the basis of metadata in January 2015 of disclosing classified information to James Risen and is now serving a 3.5 year prison sentence.

The US presidential election has also been cause for concern. Since the primaries began last summer, journalists have seen their access to campaign events regularly restricted by candidates from both political parties and have been insulted and even bullied on social media. RSF is also still troubled by the arrest of journalists during #Blacklivesmatter protests in Baltimore and Minneapolis. “There is still room for improvement in the country of the First Amendment,” says Delphine Halgand, RSF’s US Director.

Published by RSF every year since 2002, the World Press Freedom Index measures the level of freedom of information in 180 countries using a series of indicators (pluralism, media independence, media environment and self-censorship, legislative framework, transparency, infrastructure, and abuses and acts of violence against journalists).