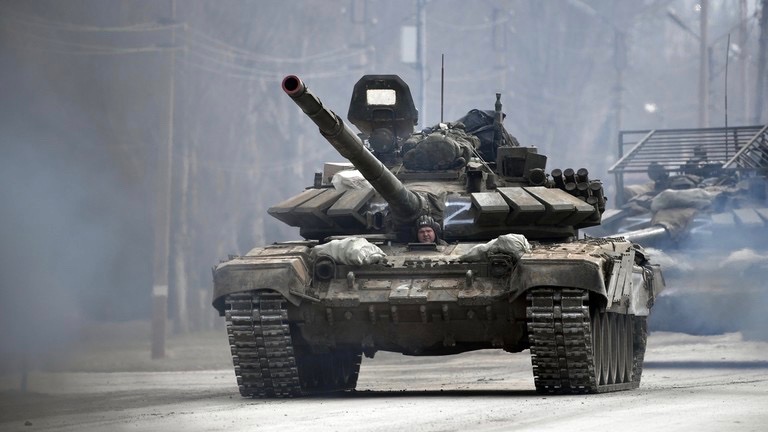 Though fighting on the ground has continued with Russian troops moving closer to Ukrainian capital Kiev, both Russia and Ukraine have agreed to a second round of talks after the first round in Belarus on Monday.

On Monday, February 28, the US rejected the Ukrainian demand to impose a no-fly zone over the country to prevent Russian airstrikes. Replying to a specific question in an interview to an American news channel, White House press secretary Jen Psaki said that the move would be escalatory as it will “potentially put us in a place in a military conflict with Russia.”

A day earlier, Ukrainian president Volodymyr Zelenskyy had asked the US and other NATO countries to implement a no-fly zone policy over Ukraine to prevent Russian air strikes.

The talks which had started between Russian and Ukrainian delegates on Monday at Gomel in Belarus ended without any agreement. However, both sides agreed to hold a second round of talks soon. Reports on Tuesday said the next round would be held on Wednesday. The Ukrainian delegation was demanding an immediate ceasefire and withdrawal of Russian troops from the country.

According to reports, Russian troops have advanced deep inside Ukraine from various directions and are moving to seize the major city of Kharkiv near the Donbass region. The Russian forces have also reported moving close to the capital Kiev on the sixth day of their offensive.

According to the UN, nearly 500,000 Ukrainians have left the country and sought shelter in neighboring countries of Poland, Romania and Moldova. The UN estimates that at least 102 civilians have been killed so far since the beginning of the Russian offensive in Ukraine. This number of civilian deaths contradicts the claims made by the Ukrainian health ministry a day earlier, according to which, 352 civilians have been killed since the beginning of the Russian attack.

Ukraine announced visa free entry for foreigners willing to fight Russia from March 1. Ukrainian president Zelenskyy made the announcement on Monday of the formation of an International Legion of territorial defense of Ukraine.

A day after the European Union announced funds for buying and delivering military equipment to Ukraine, Zelenskyy announced that his country has formally applied for the membership of the grouping on Monday. The move comes despite Russian objections to such moves. Russia has been demanding neutrality of Ukraine.

A special session of the United Nations General Assembly on the Ukrainian situation is being held at its headquarters at New York. On the first day of the session, Russian representative to the UN Vassily Nebenzia called his country’s military action against Ukraine a defensive move to prevent it from acquiring nuclear weapons and to protect people in the Donbass region who have been subjected to abuse and genocide by the Ukrainian government for the last eight years. Another objective was to prevent Ukraine from becoming a NATO base, he said. He claimed that the war in Ukraine is meant to stop another world war and not to occupy Ukrainian territory.

The Ukrainian representative to the UN, Sergiy Kyslytsya, asked the world to take action to save his country.

Meanwhile, the US expelled 12 Russian diplomats working in its UN office on Monday, Russia’s representative at the UN Nebenzia confirmed. This was the second time within a week that the US is expelling Russian diplomats. Earlier, it had expelled Sergey Trepelkov, a second ranking diplomat at Moscow’s embassy in Washington.