The bulk of Lebanon’s corrupt ruling class are clients of the U.S. and Saudi Arabia, not Iran. But this fact is too inconvenient for Western media to point out.

Of all the underlying causes of Lebanon’s current crisis, the role of the U.S. remains the least recognized, not only by Western media but also that of Lebanon.

Search “Lebanon crisis” under “news” on Google and you are unlikely to find any headlines mentioning the US. A more targeted search of “U.S. interference in Lebanon crisis” brings up a Reuters story that presents the idea, not as a natural premise, but instead as an isolated accusation. “Hezbollah accuses U.S. of meddling in Lebanon’s crisis.”

To the extent that any recent history is raised at all by the news media, it will be said that Lebanon has always been an arena for foreign intervention and that the sectarian system invited, since the 19thcentury, various external patrons.  But the U.S. role dwarfs all others  — by a long shot.  The release of WikiLeaks diplomatic cables from the Middle East revealed the extent to which former U.S. Ambassador Jeffrey Feltman was the real leader of the March 14 Movement, which is the pro-Saudi coalition which formed (overnight) after the assassination of Rafiq Hariri in 2005.

The U.S. role in Lebanon has been supreme since WWII.  The Suez crisis of 1956 – when the U.K., France and Israel attacked Egypt and then President Dwight Eisenhower forced them to withdraw from Egypt — marked European recognition that the U.S. had inherited the roles of both France and U.K. in the Levant.

The U.S. was instrumental in Lebanon’s 1958 crisis (a mini-civil war, really), and championed its right-wing client, President Kamil Sham`un. This same president would later — as a militia leader — receive support from the U.S. during the civil war years of 1975-82, as James Stocker covers in his recent book, “Spheres of Intervention.”  After Sham`un’s term ended in 1958, the U.S. reached an agreement with Egypt’s President Gamal Abdel Nasser over the ascension of Lebanese Army General Fu’ad Shihabi to the presidency.

The Lebanese government and its intelligence agencies also served as instruments of U.S. foreign policy during the Cold War. The archives of Farid Shihab, who headed Lebanon’s public security apparatus for many years in Lebanon, show the extent to which Lebanese intelligence services were spying on local communists, clearly at the behest of an outside power.

The U.S. was keen on preserving Lebanon’s capitalist system. It supported the passage of the Lebanese banking secrecy act in the 1950s, which allowed for the use of Lebanese banks by Western intelligence agencies, and the import of capital from socialist Arab countries. This banking secrecy law also allowed corrupt politicians to store the stolen fortunes from state coffers without accountability.

With its support of right-wing militias, the U.S. was also involved in the war on leftism in Lebanon and, after 1967, in the joint war with Israel against the Palestinian resistance movement in Lebanon. 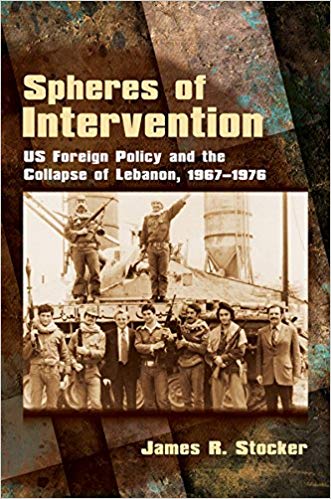 During the civil war, we now know a lot about the major role the U.S. played on the side of right-wing sectarian militias of the Phalanges and Tigers, thanks again to James Stocker’s “Spheres of Intervention.”

Washington’s interest in Lebanon waned after 1984, when U.S. forces were forced to withdraw after failing to prop up the Phalanges regime of Amin Gemayyel, who was installed in the presidency by the Israeli invasion of 1982.  The U.S. did not withdraw from Lebanon completely but its covert network in the country was hit hard with the 1984 kidnapping of William Buckley, a CIA station chief.

In 1990, the U.S. and the Syrian regime reached an understanding by which Syrian President Hafiz Al-Asad was given a free hand in Lebanon.  In return, Al-Asad pushed Lebanon to participate in the Madrid Conference and in later bilateral Lebanese-Israeli talks in Washington, while Israel maintained its occupation of Lebanon.

Through this period the U.S. maintained a strong presence in Lebanon through a network of local corrupt politicians. (None other than former Ambassador Feltman alluded to this in his testimony to Congress two weeks ago, when he said that the war on corruption in Lebanon would lead to the loss of people with whom the U.S. had worked for years).  Some of these corrupt politicians, such as the notoriously unprincipled Walid Jumblat, served multiple foreign powers: Qadhdahfi’s Libya, the Syrian regime, Gulf countries and Western powers.   But the bulk of the corrupt ruling class of Lebanon are clients of the U.S. and Saudi Arabia, and not Iran  —  but this fact is too inconvenient to point out in Western media.

The U.S. kept its distance from Emile Lahhud after he became president in 1998. Unlike his predecessor, Ilyas Hrawi, Lahhud was not corrupt and he vocally championed the Lebanese resistance against the Israeli occupation of Lebanon.

The U.S. responded to the administration of Lahhud with a combination of measures and policies. It refused to allow Lebanese airlines (MEA) to fly into the U.S., holding the permission as a leverage to force Lebanon to reach a humiliating peace agreement with Israel. (The U.S forced Lebanon to sign a peace treaty with Israel in 1983, but it was abrogated the following years, and U.S. has hoped ever since for another treaty.)

The U.S. also denied the Lebanese Army any military aid (that would only come — albeit with insignificant and outmoded military technology — after 2005.) It also was not-so-quietly sponsoring the Lebanese opposition to Syrian domination in Lebanon at the same time as it continued to support Israeli occupation and aggression in Lebanon.  Towards the end of Bill Clinton’s administration, after the U.S. failed to broker a Syrian-Israeli peace deal, the U.S. also expressed more hostility toward Lebanon and the Syrian role there. 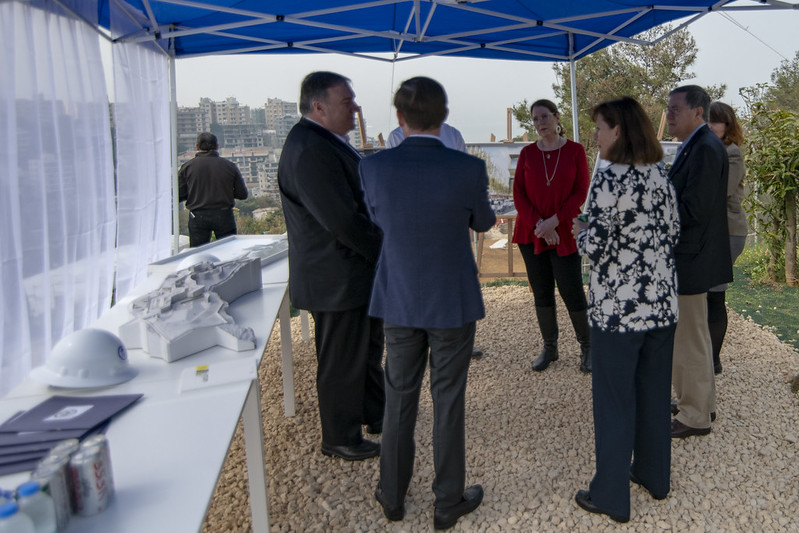 Since, the George W. Bush administration, Lebanon has become a renewed focus of U.S. policies in the Middle East. A new billion-dollar embassy complex is under construction in Lebanon and the U.S. maintains a military presence in the guise of assistance to the Lebanese Army.

After the assassination the pro-Saudi, pro-U.S. March 14 coalition became the dominant political force in Lebanon after the parliamentary election of 2005, which the U.S. insisted on rushing to boost the political fortunes of March 14, foes of the Hizbullah-dominated opposition.  Furthermore, the assassination caused a rift in Saudi-Syrian relations, because Syria was initially blamed for it, before the U.S. and its clients settled on Hizbullah as the culprit. That helped to better synchronize the Saudis, politically, with the U.S. and Israel. This led to heightened pressure against Hizbullah and any military resistance to Israel.

The U.S. calculated that its assistance to the Lebanese Army would convince the Lebanese people that the Army is qualified to serve as the sole defender of Lebanon. Of course, this U.S. propaganda project was hard to sell. For one thing, the U.S. never provided the Lebanese Army with meaningful weapons. Instead of equipping the country’s air force, it provided Cessna planes that are used in California for spraying crops. Meanwhile, the Lebanese Army kept to the sidelines on Israeli aggression, leaving Hizbullah forces to defend the country. 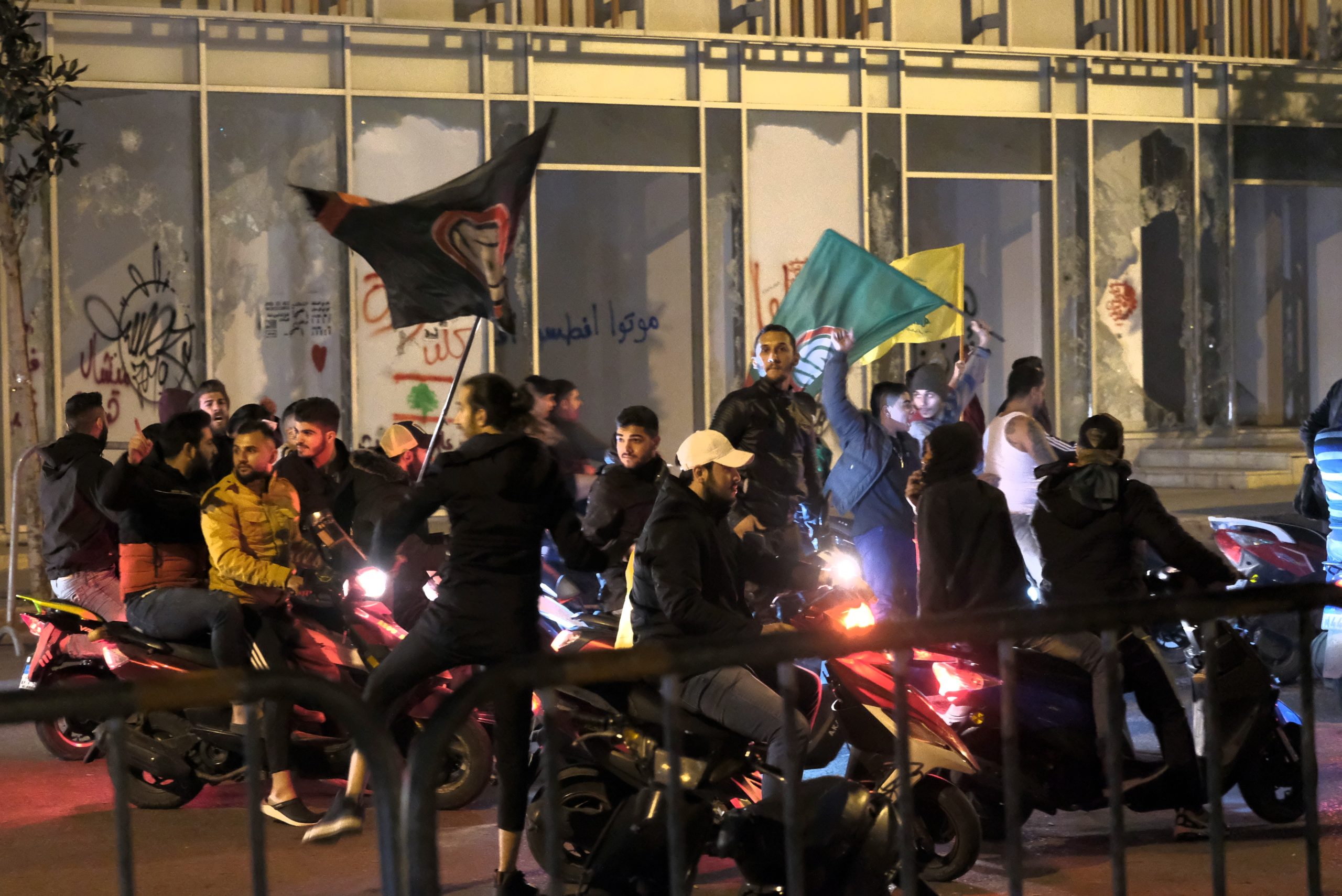 The U.S. war on Hizbullah — and consequently on the whole of Lebanon — increased substantially after 2006, when Israel suffered a humiliating military defeat at the hands of Hizbullah volunteers.  The blow to the Israeli military doctrine (of quick and decisive victory) was so severe that the U.S. became desperate to weaken Hizbullah and consequently Lebanon’s ability to defend itself against Israeli aggression.

The U.S. steadily raised sanctions on Lebanon and the governor of Lebanon’s central bank, Riad Salameh, (who has become the symbol of Lebanese financial corruption and mismanagement) served as a tool for the Zionist agenda of the U.S. Treasury Department.  The U.S. forced Salameh to close down two major banks in Lebanon — in 2011 the Lebanese-Canadian bank and earlier this year, the Jammal Trust bank, one of the few Shi`ite-owned banks in Lebanon — on the pretext that the banks served Hizbullah interests.

MPs of Hizbullah were not able to deposit their money at any Lebanese bank, and Salameh, and the banking elite, bragged of their strict obedience to U.S. orders.

The U.S. punishes Lebanon in other ways, through its client regimes in the Gulf. Saudi Arabia had punished Lebanon for Hizbullah by barring Saudi citizens from visiting Lebanon, and Bahrain and the UAE followed suit. (Saudi Arabia only recently lifted the ban).  Furthermore, Gulf assistance to Lebanon has all but dried up. In 2016, the Saudis withdrew $3 billion in aid to the Lebanese Army — announced by King Abdullah — most likely at Israeli and U.S. insistence.

In the present crisis, Gulf regimes have watched silently because they don’t have orders to act to rescue Lebanon (compare that to how the UAE and Saudi Arabia rushed to rescue the financial fortunes of Egypt under General Abdel Fattah el-Sisi and those of  General Omar al-Bashir of Sudan in his last year). The U.S. wants Lebanon to suffer and the recent congressional hearing about Lebanon made it very clear that Washington wants to turn the protests against Hizbullah.

But the U.S. is playing a risky game.  Hizbullah can adjust to a collapse of the ruling political and financial order. But for U.S. interests, which have worked to construct and support that order for decades, it would be a major blow.

As’ad AbuKhalil is a Lebanese-American professor of political science at California State University, Stanislaus. He is the author of the “Historical Dictionary of Lebanon” (1998), “Bin Laden, Islam and America’s New War on Terrorism (2002), and “The Battle for Saudi Arabia” (2004). He tweets as @asadabukhalil