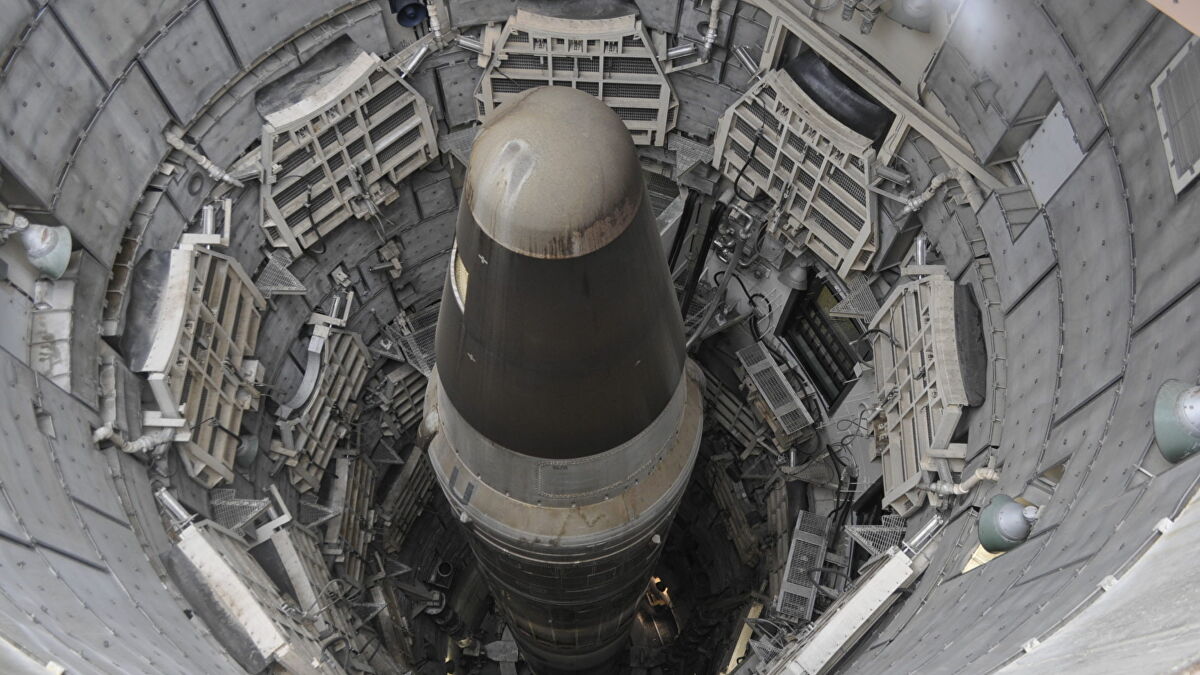 NOTE: Listen to the Clearing the FOG interview with Seth Shelden of the International Campaign to Abolish Nuclear Weapons on the Treaty for the Prohibition of Nuclear Weapons and how to ratify it in the United States.

The total number of nuclear weapons both Russia and the US could possess was limited by New START, signed between the two countries in 2010. The treaty would have expired on 5 February 2021, had the Biden administration not agreed to extend it for another five years.

Peter Kuznick is a professor of history at American University, where he founded the Nuclear Studies Institute. He has authored and co-authored numerous books, including The Untold History of the United States, Rethinking the Atomic Bombings of Hiroshima and Nagasaki: Japanese and American Perspectives and Nuclear Power and Hiroshima: The Truth Behind the Peaceful Use of Nuclear Power.

Professor Kuznick tells Sputnik that the renewal of the New Strategic Arms Reduction Treaty (New START) between Russia and the US, only days before it was set to expire, is a positive first step in reducing the threat of nuclear war. However, Kuznick argues, far more must be done in order to avert disaster, especially at a time when US-Russia and US-China relations “are worse than they have been in decades”. Although some of US President Joe Biden’s cabinet picks are cause for concern, Kuznick believes there are also some “seasoned diplomats” who may assist in the improvement of bilateral relations.

Sputnik: What is the significance of the Biden administration’s willingness to renew the New START for a full five years?

Professor Peter Kuznick: Biden has been clear on this from the beginning. Despite his broadly anti-Russian inclinations, he understands that the New START treaty is in everyone’s best interest. He supported it while vice president and repeatedly said extending the treaty would be a top priority once in office. Aside from complete fools like Donald Trump and Marshall Billingslea, no one wants a new nuclear arms race. Biden certainly doesn’t. The present situation is already far too dangerous even with the New START treaty in place. As things now stand, with 1,550 deployed strategic nuclear weapons available to both the US and Russia, Vladimir Putin and Joseph Biden each have veto power over the future existence of life on this planet. We have somehow managed, often more by luck than statesmanship, to avoid blowing ourselves off the face of the earth this far, but there’s no guarantee our luck will hold out. I hope both Putin and Biden realize that.

Sputnik: How does New START compare to other nuclear weapons-related treaties that remain in force or have otherwise become defunct?

Professor Peter Kuznick: New START is more limited because it applies to only the U.S. and Russia and only remains in effect for ten years plus five more years when extended. It does not allow for a second extension once the five year extension is up but could be revised while in effect or renegotiated if both sides agree.

Sputnik: Why should the average person care about this latest development?

Professor Peter Kuznick: The world is a very dangerous place right now as President Putin made clear in his talk at Davos on January 27. He warned that this period with its hypernationalism, mistrust in international norms and institutions, worsening pandemic, growing regional conflicts, and widening gap between rich and poor is comparable to the period leading up to World War II. He acknowledged that another world war would mean the end of civilization. Nuclear weapons remain the principal short-term existential threat to humanity and other life forms. Global warming is a longer term existential threat. The experts at the Bulletin of the Atomic Scientists kept the hands of the Doomsday Clock at an urgent and alarming 100 seconds before midnight in their annual announcement, which was also made on January 27. Relations between the US and Russia and between the U.S. and China are worse than they have been in decades. There are many crisis points that could erupt into a hot war whose consequences would be calamitous. Hopefully, extending the New START treaty will be the first step in building up trust and collegiality between US and Russian leaders and get us off our present collision course.

Sputnik: President Biden has also apparently expressed a desire for Russia and the US to “explore new verifiable arms control agreements”. Does this give you hope that the current administration is on the right track regarding nuclear arms controls?

Professor Peter Kuznick: I do have some hope for additional arms control measures. The U.S. needs to return to the Iran nuclear deal (JCPOA), the Open Skies treaty, and the Intermediate Range Nuclear Forces Treaty (INF), all of which Trump abrogated. I’m somewhat less than thrilled with Biden’s choice of Tony Blinken, Jake Sullivan, Victoria Nuland, and Samantha Power in key foreign policy positions but glad to see seasoned diplomats like Wendy Sherman and Bill Burns also in place. Biden’s own track record in dealing with Russia and his past insults toward Vladimir Putin may be further cause for pessimism, but it’s also possible that having established his anti-Russian bonafides over the years may give him more room to manoeuvre just as Nixon’s anti-communist record made it possible for him to reach out to China and the Soviet Union in ways that his predecessors could not.

Biden may be the reverse of Trump-speaking harshly and critically about Russia but actually negotiating agreements that are in both countries’ interests. That will depend in part on what he and his advisors learned from the failures of US military and diplomatic efforts over the past 20 years. Both the US and Russia have lost a lot of stature in recent decades and both are in desperate need for a course correction individually and collectively. The world spoke out last week in demanding that the nuclear powers abide by international law and get rid of their nuclear arsenals when the UN Nuclear Ban treaty went into effect on January 22. Ratification of that treaty was a clear statement that the rest of the world doesn’t want to be held hostage to the nuclear powers. It’s time the US and Russia acted as responsible members of the international community and got rid of the weapons that threaten everyone on the planet not just the immediate perpetrators or victims.

Today, the Treaty on the Prohibition of Nuclear Weapons enters into force.

This is a major step toward a world free of nuclear weapons.

I call on all countries to work together to realize this vision, for our common security and collective safety. pic.twitter.com/ybDamSdCZs

​Sputnik: What else could the major nuclear powers be doing to re-establish arms reductions and controls that appear to have floundered over the past two decades?

Professor Peter Kuznick: Extending the New START treaty is a good place to begin. Once that is done, both sides need to start negotiating further reductions. As China understands, even an arsenal of 300 nuclear weapons can suffice as a credible deterrent. Rather than including China in a new agreement that will pressure it to attain parity with the US and Russia at 1,550 deployed strategic weapons, we should negotiate a new agreement that will reduce US and Russian arsenals to 300 or fewer. The urgent thing is to get the number down below the threshold for nuclear winter so we can at least ensure the future existence of our species.

In the process, we can begin building the trust that will allow us to make even deeper cuts until we get to eliminating nuclear weapons entirely. We should also agree to take our weapons off hair-trigger alert, agree to a no-first-use policy, and eliminate our land-based missiles. We need to restore the JCPOA, INF, and Open Skies treaties. There’s so much we can do. If Gorbachev was almost able to convince a troglodyte like Reagan to eliminate nuclear weapons, there is no reason why Putin and Biden can’t restore some semblance of sanity to today’s deeply troubled and extraordinarily dangerous world.