Sanctions Backfire: US Is Being Left Behind

The United States has a long history of dominating international economic institutions and has been able to use that power in the past to control other governments and enrich its industries. At present, the United States is waging an economic World War targeting much of the world economy, including allies who refuse to comply with US mandates.

Among the nations included in the US economic war are China, Russia, Iran, Turkey, Venezuela, Nicaragua and North Korea. The European Union is being threatened with economic sanctions if it does not obey US demands to blockade the Iranian economy.

Are you sick of corporate media distractions? Listen to the Popular Resistance Podcast, Clearing the FOG. Now available on iTunes, SoundCloud, Stitcher, MixCloud and more.

The US’ power and influence are waning. Measured by the real economy, i.e. people’s ability to purchase goods, the CIA’s World Factbook ranks China as the largest economy in the world, $4 trillion larger than the United States, which ranks third after the EU. Also in the top 20 are Russia, Turkey, and Iran.

US tools of economic domination are failing and are causing the country to be isolated as the rest of the world moves in a multi-polar direction. Countries are cutting the US out of their markets and building independence from US-dollar domination.

This is a time for the US to change its strategy, but the power elites and Pentagon do not seem to know any other way. Military spending continues to rise, now consuming 61% of federal discretionary spending. The social safety net is unraveling, leaving people in the US vulnerable to the impacts of a world economy that increasingly leaves the US out. It is up to us, the people, to organize and mobilize for a modern foreign policy and economy that takes the new global dynamics into account. 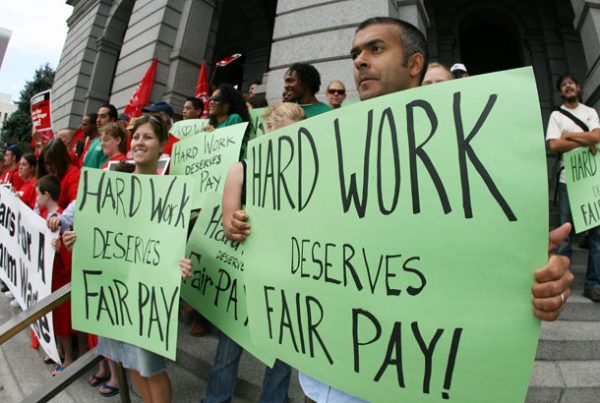 Fundamental Flaws In The US Economy Worsen

The global economic war the US has begun is already undermining the US economy. Rather than address decades of failed policies, the US is looking for a quick fix by taxing foreign goods and isn’t investing in building a sound economy. The US economy is not on firm ground.

Much of the real economy of the United States, producing goods, has gone overseas. Combined with new technology, this has resulted in the US losing 5 million jobs since 2000, after peaking in 1979.  Manipulated unemployment figures hide the reality but cannot be trusted as they do not count the long-term unemployed, discouraged and displaced workers or underemployed workers. They count people with part-time jobs as being fully employed. In addition, wages remain low as Pew reported this week, real wages have not increased since 1974.

US farms were forecast to reach a 12-year-low in profits in 2018, according to the Department of Agriculture. Now, the US agriculture sector is being further threatened by the Trump tariff trade war. For example, one third of US total soybean production, $14 billion-worth in 2017, was exported to China, but is now at risk due to retaliatory Chinese tariffs.

The millionaires and billionaires who run the government like to point to the raging stock market as a sign that the US economy is strong, but how real is that? This stock market is inflated because corporations are engaging in destructive stock buybacks, which hit a record $1 trillion this year. This increases the stock value even though no new goods are created. Stock-value inflation is causing a surge in CEO incomes without a similar increase for workers, widening the gaping wealth divide. 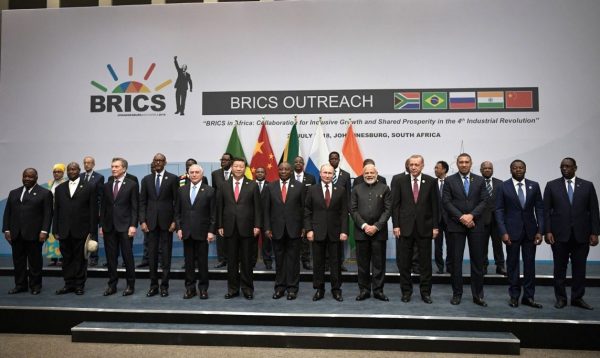 US sanctions are causing countries to cut the United States out of their markets, conduct trade without US dollars, create alliances between sanctioned countries and build their independence from US dollar hegemony.

Venezuela is feeling the impacts of the US economic war especially because it has been combined with low oil prices and a poorly managed oil industry. Venezuela has overcome ongoing US-supported regime change operations: violent protests, massive propaganda against it, efforts to undermine its democracy, an assassination attempt against President Maduro by Colombia and the US, and threats of a military coup. The linchpin of the US strategy in Venezuela is the economic blockade by the US and western nations. Two weeks ago, on behalf of a Canadian mining corporation, a US court approved the seizure of Citgo’s assets in the United States. The economic war is causing hardship for Venezuelans and preventing access to food and medicine.

This week, Venezuela created the Sovereign Bolivar (Bs.S.), a new currency anchored to the cryptocurrency, Petro, and backed by Venezuela’s oil reserves. It is not tied to the US dollar in order to break the grip of US economic power and operate independently of US imperialism.

There is new a campaign against the Venezuela sanctions (Popular Resistance is participating in this campaign). The real threat to the United States will be if Venezuela shows other nations they can break from US economic domination.

Turkey is also taking actions to break from US dollar domination. Turkey’s economy is feeling the impact of a 20% US tariff on aluminum and 50% tariff on steel. The US is using economic distress against Turkey because the country is not freeing a US pastor, Andrew Brunson, who is accused of terror and espionage against Turkey. Peter Koenig writes, “It is widely believed that Mr. Brunson’s alleged 23 years of ‘missionary work’ is but a smokescreen for spying.”

President Erdogan is looking for new trading partners, e.g., Russia, China, Iran, Ukraine and the EU, and “his country is planning issuing Yuan-denominated bonds to diversify Turkey’s economy, foremost the country’s reserves and gradually moving away from the dollar hegemony.” Last October, the Turkish and Iranian central banks formally agreed to trade in local currencies

Reuters reports, “Russia backs using national currencies, not the U.S. dollar, in its trade with Turkey.” Russian Foreign Minister Sergei Lavrov said, “Identical processes have been happening in our relations with Iran. Not only with Turkey and Iran, we’re also arranging and already implementing payments in national currencies with the People’s Republic of China. I am confident that the grave abuse of the role of the U.S. dollar as a global reserve currency will result over time in the weakening and demise of its role.” They also report there have already been settlements in national currencies between Russia and the BRICS countries, Brazil, India, China and South Africa.

The unilateral US withdrawal from the nuclear agreement with Iran and putting in place economic sanctions, without any legal justification, is further spurring independence from the United States. Koenig writes that Iran has embarked on developing a “‘Resistance Economy,'” meaning de-dollarization of their economy and moving towards food and industrial self-sufficiency, as well as increased trading with eastern countries, China, Russia, the SCO [Shanghai Cooperation Organization] and other friendly and culturally aligned nations, like Pakistan.”

Iran was a topic of a friendly meeting between Vladimir Putin and Angela Merkel last week. Preserving the Iran nuclear deal is one area where Russia and Germany agree. They also agreed to continue the expansion of the Nord Stream gas pipeline, which the US opposes. Forbes reports that the European Union said it is urging its businesses to continue investing in Iran. As the US threatens to sanction European companies, the EU promises to protect them. The EU is planning to provide economic aid, intended to fuel private sector growth and trade promotion in Iran. Russia is creating a regional payment network designed to blunt the impact of US sanctions. The US economic war on Iran is intended to prevent the integration of Eurasia, but it is actually spurring that integration.

The biggest economy in the world, China, is also fighting back against the US economic war with tariffs on the United States. China dominates Asian markets and is growing its economic influence in Europe, Africa, and Latin America. China is building relationships with countries hit by US sanctions. At the late July BRICS summit, President Xi called out unilateral actions by the United States and called for a new type of foreign policy urging a “BRICS plus”, i.e. the five BRICS members and other emerging markets/developing nations.

How will the US End the Spiral Of Military Bloat, Economic and Political Decline?

The recent passage of the John S. McCain National Defense Authorization Act, or NDAA, which provides an unprecedented $716 billion in Pentagon spending, shows the US is doubling down on its failed strategy of relying on militarism to avert the loss of power. The Pentagon’s 2017 Post-Primacy report recognized the decline of US military and economic hegemony and urged more spending on the military.

This year, the US announced a new national security strategy, which focuses on China and Russia, in recognition of the decline of unitary US power. The constant increases in military expenditures come amid “what late world-systems theorist Giovanni Arrighi called the ‘terminal crisis of U.S. hegemony.'”

We remember being concerned about US military spending when it represented 50% of the federal discretionary budget, now it is 61%. At what point will the US public say “Enough!”? Will it be when the Pentagon budget reaches 70%? 75%?

We need a strategy now to avert further harm being inflicted by a failing US empire and empire economy on people in the US and around the world. One opportunity to develop that is occurring this November. More than 250 organizations worked together this year to stop the military parade. Now that the parade has been stopped, organizers are planning next steps.

On November 10, the day the parade was scheduled, there will be a Peace Congress – a gathering of people from the many organizations in Washington, DC to map out a strategy and actions to end the wars at home and abroad. The Peace Congress is in its early stages of planning. If your organization is interested in participating, sign up at the NoTrumpMilitaryParade.us website.

We also have opportunities for mass mobilizations this fall, an #AntiwarAutumn, at the October 20-21 Women’s March on the Pentagon and the November 11 March to Reclaim Armistice Day.

And, if you are looking for tools to be more effective in your activism, check out the final class, “Tools for Movements,” in the Popular Resistance School course, “How Social Transformation Occurs.”