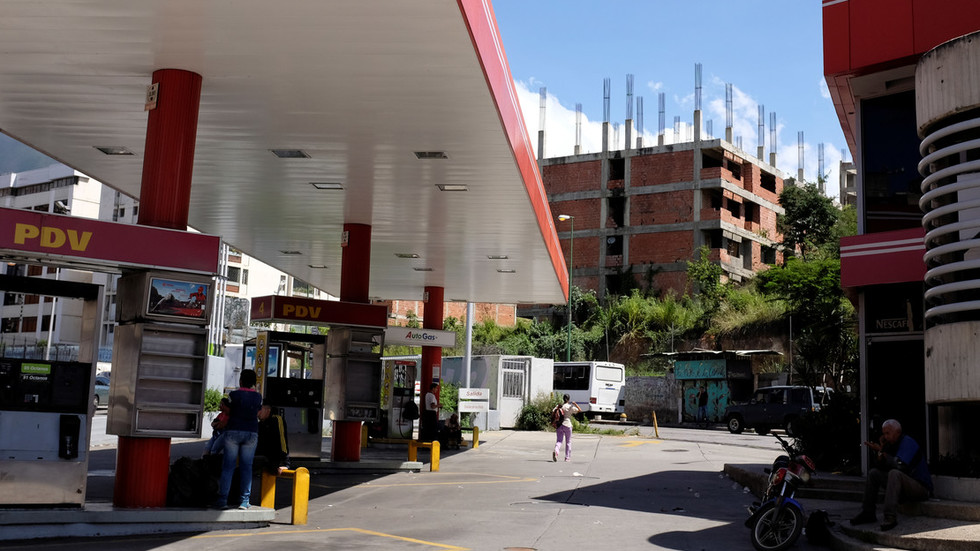 Washington has imposed sanctions against the Venezuelan state oil company PDVSA, seizing $7 billion in assets, Treasury Secretary Steven Mnuchin said. The US is trying to force recognition of Juan Guaido as president in Caracas.

Mnuchin said that the move is to “to help prevent the further diversion” of assets by “former president Maduro.”

Sanctions will be lifted upon the “expeditious transfer of control to the interim president, or the subsequently democratically elected interim government,” he added.

“We know what the legitimate government of Venezuela is, and it is our mission to make reality what the people of Venezuela want,” National Security Adviser John Bolton chimed in, standing next to Mnuchin during the briefing at the White House on Monday.

In addition to $7 billion in PDVSA assets in the US, the sanctions will affect $11 billion worth of exports over the coming year, Bolton said.

The US buys a significant amount of Venezuelan oil, but Mnuchin said the sanctions would have “modest effect” on American refineries. He added that some of the oil that’s been paid for is at sea, making its way to the US, but there will be no future purchases until regime change takes effect.

Citgo will continue operating in the US, but all profits from its sales will have to go into a blocked account, which will only be made available to Guaido’s government, the Treasury secretary explained.

“These are valuable assets we’re protecting for the benefit of the Venezuelan people,” Mnuchin argued.

Speaking in Caracas on Monday evening, Maduro called the US sanctions an attempt to “steal” Citgo from Venezuela, and announced that PDVSA will begin legal action to protect the company. He also vowed a “symmetrical response” to US measures in the immediate future, to “protect the interests of Venezuela.”

Washington immediately recognized Guaido as the head of the state after he declared himself interim president last week. US allies in the region and in Europe supported him as well.

As part of the ongoing push to oust Maduro and replace him with Guaido, the Bank of England has already refused to release $1.2 billion worth of Venezuelan gold to Caracas. Parallel to US recognition of Guaido, several European countries have also demanded Maduro call a new election within a week.

“They should withdraw this ultimatum. No one can give us an ultimatum,” Maduro said in response, over the weekend. “Venezuela is not tied to Europe. This is complete insolence.”

The president made a point of announcing large-scale military drills to be held in early February, and released photos of himself atop of an amphibious tank, to show that he has the army’s support.

Asked what the US options were if the Venezuelan military remains loyal to Maduro, Bolton said that a number of high-ranking officers, as well as rank and file, are in “significant contacts” with the US-backed Guaido regime.

Over the weekend, the US called a special session of the UN Security Council on the situation in Venezuela, claiming it represented a threat to international security.

Russia disagreed, with its envoy Vassily Nebenzia arguing the meeting was nothing more than “another element” of US strategy, and an “unethical ploy” by Washington to involve the international body in its regime change campaign.

The dire economic situation in Venezuela was caused by “discriminatory economic measures” taken by the US, advocated by the very people “who are now crying about the suffering” of Venezuelans, Nebenzia said.