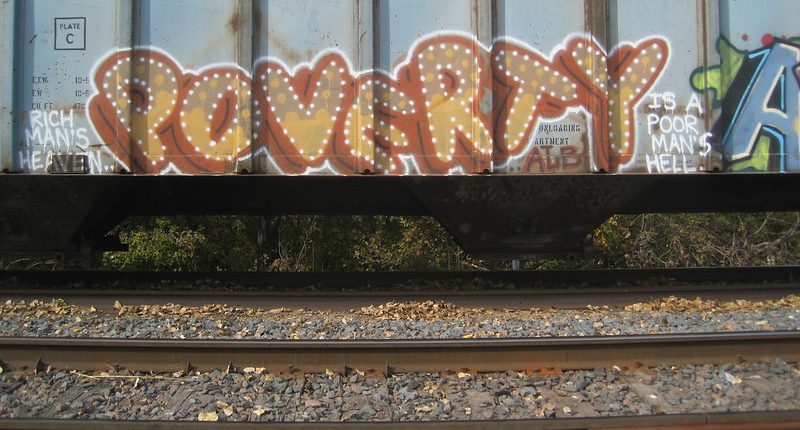 For over half a century, the United States has measured income poverty by comparing a family’s income to a standardized dollar amount (a “poverty line”) that varies by family size. For a family of four, this poverty line was initially set at $3,104 in 1963. The current official poverty line — $25,701 for a family of four in 2018 — is simply the base-1963 poverty line adjusted for nothing but inflation over the last 55 years. Today the United States is the only country in the world that measures present-day poverty by using a poverty line set over half a century ago and since then only adjusted for inflation.

Our idiosyncratic approach to measuring poverty is deeply flawed for at least two reasons. First, poverty lines are social standards, not merely technical or mathematical ones. A poverty line set over half a century ago will reflect a very different set of assumptions, social conventions, political considerations, and body of social-science research than a poverty line first set in 2019. The initial 1963 poverty line was based on food expenditure data from 1955 and a set of assumptions that haven’t aged well, including that family meals are all prepared at home by a “frugal housewife.” (See more on this here.)

Most recently, Xavier Jaravel, an economist at the London School of Economics, found that prices rose more rapidly for  low- and middle-income households than for high-income households between 2004 and 2015. According to Jaravel’s estimates, inflation for households in the bottom fifth of the income distribution was 0.44 percentage points higher on average between 2004 and 2015 than it was for households in the top fifth. Across all five income quintiles, the relationship between income and inflation was generally linear and negative — in other words, as household income increases, the rate of inflation decreases.

In a new research brief for the Groundwork Collaborative, Jaravel, along with poverty experts Christopher Wimer and Sophie Collyer, calculate how many more people would fall below the poverty line if the poverty line had been adjusted for Jaravel’s income-specific inflation estimates rather than the CPI-U. (Specifically, they start with the official poverty line for 2004 and then adjust it going forward using the CPI-U plus an additional 0.44 percentage points.) Adjusting for inflation inequality in this fashion, they estimate that 3.8 million more people would be counted as poor in 2018, and that the poverty rate would be 1.0 percentage point higher (12.8 percent rather than 11.8 percent) that same year. If inflation inequality continues to grow over time, so will the difference between the poverty estimates that only adjust for the CPI-U and ones that take inflation inequality into account.

These findings are most immediately relevant to the Trump administration’s apparent interest in updating the official poverty line using the chained CPI-U (C-CPI-U) or Personal Consumption Expenditures Price Index (PCEPI) instead of the CPI-U. Both of these alternative inflation measures would produce poverty lines even lower than ones adjusted using the CPI-U, and much lower than ones adjusted using Jaravel’s income-specific inflation estimates. In general, given a growing economy and rising income inequality, we should err on the side of over-adjusting the poverty line for inflation rather than under-adjusting it.

Should the US switch from the CPI-U to an income-specific inflation measure? This is a question that needs further research, but research indicates it would be better to minimize the use of inflation measures in the poverty measurement altogether, especially over time frames longer than a decade or so. A better approach would be to anchor the poverty line to a fixed percentage of median or mean income, say 60 percent of disposable median income, the standard used by the United Kingdom. This would produce a relatively transparent measure of relative low-income that is consistent with public understanding of what it takes to not be poor in the United States.