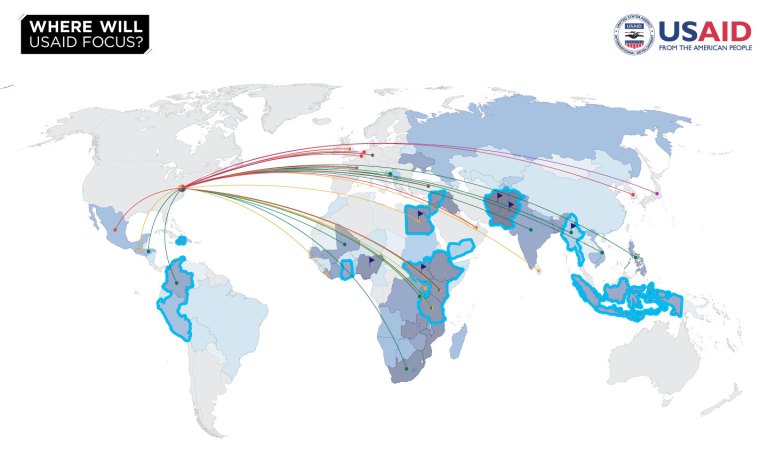 USAID or US CIA?

The US Agency for International Development (USAID) was created by Pax Americana to provide a cover for CIA agents under the pretext of helping the 3rd World. US Imperialism has to do some good or its potential targets would not open their doors to intelligence agents posing as do gooders, so USAID was created.

Today the USAID is headed by Gayle Smith, formerly the “Special Advisor” to President Barack Obama and Senior Director of the National Security Council. To put it simply, Gayle Smith is one of the top “spooks” in the USA, someone who told the CIA what to do.

Today this former “spook” is running a multibillion dollar “aid agency” with thousands of employees or “contractors” operating world wide. Who knows who is an agent and who is a real aid worker when it comes to USAID.

Earlier this year Ms. Smith sent 25 senior CIA investigators to Ethiopia to see first hand what was going on with the nationwide uprising under cover of “investigating the drought”. Their report, yet to be made public, must have been pretty dire for not to long later, Freedom House, that excreable voice of the CIA, published a report insinuating that replacements for the present Ethiopian regime could be in the works.

USAID is up to its ears in the effort for “regime change” in South Sudan with dozens of CIA ops operating inside the country. Look at Latin America and the USAID’s dirty war against Cuba for decades now with USAID involved in recent “coups” and “quiet coups” in Central and South America.

When you deal with the USAID you are dealing with the USCIA and never forget it. Better yet, kick them out of your country like our government did here in Eritrea more than a decade ago.

This article was originally published in Telesur.