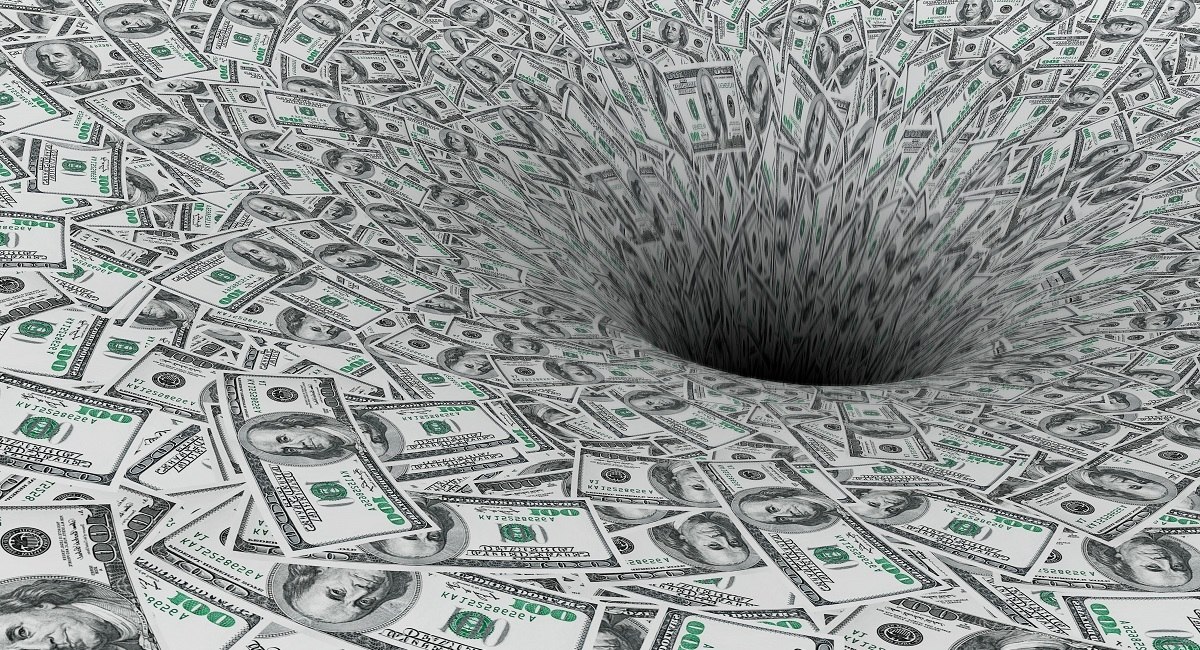 Use-It Or Lose-It: DoD Dropped $4.6 Million On Crab And Lobster, And $9,000 On A Chair In Last-Minute Spending Spree

Above Photo: Use-it or lose-it is an annual tradition at the Pentagon, but should it be? (Doomu/Getty Images)

NOTE: Snopes has a good response to this article. Read it here.

The federal government found a way to spend $97 billion in a single month last year, of which more than $61 billion can be attributed to the Pentagon.

It’s not a new phenomenon. In the last month of every fiscal year, federal agencies work to spend all that’s left in their annual budgets. If they don’t, the agencies worry they’ll be appropriated a smaller share by Congress next year, hence the “use-it or lose-it” spending sprees.

Rather than spend money on frivolous items, federal agencies like the Defense Department should admit their offices can be run on less, according to Adam Andrzejewski, founder and CEO of OpenTheBooks.

OpenTheBooks is a nonprofit aimed at bringing transparency and efficiency to the federal budget. They released a report this March detailing fiscal 2018 use-it-or-lose-it spending habits.

The military spent the most, by far, which isn’t surprising, Andrzejewski told Military Times.

“Let me clear: Congress is the problem here, not DoD or other agencies,” he said. “Historically, both parties tend to look the other way at Pentagon waste. This is a shame because the troops and taxpayers suffer. Lower priority items get funded while mission critical needs are short-changed.”

Andrzejewski calls the spending spree “Christmas in September” for the federal government. And last fiscal year was the worst his group has tracked so far.

One of the stand-out purchases by the Pentagon included a $9,341 Wexford leather club chair purchased from the Interior Resource Group, according to the report.

The Pentagon spent the most on five of those products: $124.3 million on medium caliber ammunition, $92.3 million for modification purposes, $75 million on the Paveway family of laser-guided bombs, nearly $54 million on M795 TNT, and $2.8 million on 40mm ammunition systems.

Federal agencies also like to splurge on luxury food items before the end of the fiscal year, according to the report. The Pentagon spent $2.3 million on crab, including snow crab, Alaskan king crab, and crab legs and claws, as well as another $2.3 million on lobster tail. Federal agencies also spent $293,245 on steak, to include rib eye, top sirloin and flank steak.

Andrzejewski said that in some cases, like the surf-and-turf, the spending can actually trickle down to the troops. But that doesn’t mean the dollars couldn’t be better allocated on more necessary items at the beginning of the year if the funds are actually needed.

“Our theory is that, in many cases, the people in charge of the accounts simply follow the path of least resistance,” he said. “When faced with the structural use-it or lose-it deadline they spend as much as they can on whatever is easiest to spend money on. Again, Congress created this perverse incentive structure.”

The DoD also spent big on public relations and marketing in September, inking $153.3 million in contracts.

The military also dropped $86.5 million on transportation contracts, of which more than $53.5 million went to passenger vehicles from Navistar Defense, the maker of Mine-Resistant Ambush Protected vehicles.

Some of the big ticket spending items are attributed to the usual major defense contractors. The Pentagon spent $8.1 billion on contracts with Lockheed Martin and $5.1 billion with Boeing in September, for instance.

Some congressional leaders have shown an interest in reigning in this type of end-of-the-year spending, “but we need more,” Andrzejewski said.

“Senators Rand Paul, Mark Warner and Joni Ernst understand Congress needs to make structural reforms to get this problem under control,” he added.

Just prior to the spending spree kicking off, a bipartisan group of senators sent a letter on Aug. 29 to the DoD’s chief financial officer warning against the wasteful spending at the end of the quarter.

“According to a recent report, with only limited time left in the current fiscal year, eight of the top 10 highest-spending federal agencies have not used as much as 40 percent of their budgets,” the lawmakers wrote in August. “Some observers have raised concerns that this year’s annual spending binge could be the biggest yet.”

In the final week of the year, federal agencies spent $53 billion, more than they spent in the entire month of August, according to the OpenTheBooks report.

Given the odd spending habits, it’s entirely fair to require agencies like the Pentagon to better explain their last-minute purchases, Andrzejewski said.

“According to Pentagon disclosures captured by our auditors at OpenTheBooks.com, a large percentage of contract procurement on the year happened in the final month,” he said. “Therefore, it’s entirely reasonable to ask for justification and the fact that the Pentagon flunked their comprehensive audit only causes further concern.”