US’s Culture Of Violence Contributes To Sanctification Of Second Amendment

Above Photo: A gun display showing the Statue of Liberty holding a pistol is seen at a National Rifle Association outdoor sports trade show on February 10, 2017, in Harrisburg, Pennsylvania. The Second Amendment was born of slave patrols and militia massacres of Indigenous people. (Photo: Dominick Reuter / AFP / Getty Images)

As far as guns are concerned, the word “freedom” represents the “right” of white gun-owners to preserve white nationalism. The Second Amendment is a product of white settler colonialism, says author Roxanne Dunbar-Ortiz in this exclusive interview.

Mark Karlin: What is your response to the National Rifle Association’s (NRA) perennial contention that freedom is ensured by gun ownership?

Roxanne Dunbar-Ortiz: Because the federal government, especially the judiciary in the beginning, was the conduit for civil rights reform victories, white nationalists, non-governmental organizations, as well as elected officials in the former Confederate states and in Indian Country west of the Mississippi adopted anti-federal government politics. The NRA was a part of that trajectory that sought to shrink federal government powers, again focusing on the Supreme Court, but increasingly dominating US Congress and the presidency. “Freedom” was and is the watchword for this white nationalist agenda: freedom from the federal government, which has led to the related neoliberal politics of privatization of public goods.

The culture of violence is inherent to colonialism of any type.

What do you think the United States would be like if the Second Amendment had never been included in the Bill of Rights?

Guessing at alternative outcomes to historical events is tricky. But I doubt that absence of the Second Amendment would have changed the course of US history, which is a history of inherently violent settler-colonialism and chattel slavery. The Second Amendment was the writing into constitutional law what already existed in the British colonies — the use of citizens’ militias to drive out Native people and appropriate their land, and for slave patrols. They would have continued [even] without the Second Amendment. As long as the US was totally a white-ruled republic, the Second Amendment was never at issue, and there were government (local, state, federal) regulations on firearms. However, as I argue in Loaded, with the post-World War II rise of the Black freedom movement, which spawned Native and Mexican civil rights movements, white power had to cede rights that had previously been possessed exclusively by the white majority. This, in turn, gave rise to white nationalist organizations, such as the John Birch Society and their affiliated armed Minutemen, among others. The NRA, pretty much a benign organization of recreational hunters and gun collectors (albeit predominately white), experienced a coup by a white nationalist group that seized leadership. Only in the 1990s did the Second Amendment become a legal weapon in the racist backlash to the freedom movements. 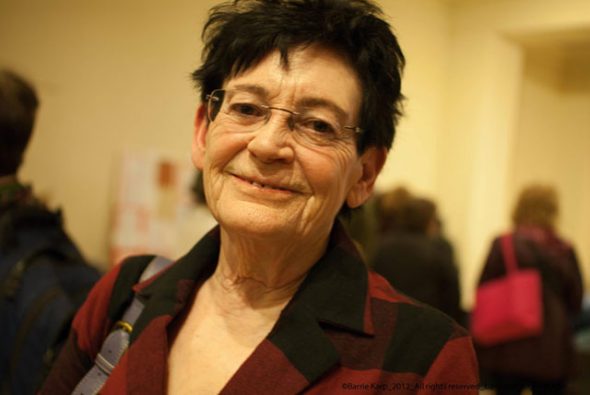 The Second Amendment was seized upon by white nationalists as a legal tool to preserve or restore white dominance.

What does the word “militia” mean in the context of the massacres and oppression of Indigenous Americans?

I would call “massacres and oppression of Indigenous Americans” a government policy of genocide, total war, total ethnic cleansing. The citizens’ militias [were] one aspect of that policy; the other was the formal US Army and Marine Corps, which spent the first century of US independence carrying out this project. The role of settler-colonial landowners as voluntary militias in initiating massacres to drive Native communities out and seize their land was acted out as “individual rights.” Inevitably, Native resistance led to settlers calling on the federal government to make all-out war; this happened time and again in the 100-year genocidal war across the continent.

Why was it so important to slave-owning states that the Second Amendment be included in the Bill of Rights?

The slave-owning colonies, particularly Virginia, were dominant in the secession movement. By the mid-1700s, the plantation agricultural system was agribusiness and made up the primary source of wealth in the new republic. There was no debate about including the individual right to bear arms and form militias in inscribing the Second Amendment among the first 10 amendments to the constitution, as these features already existed in the colonies. Colonial citizens’ militias already existed, and by time of independence, the slave-owning colonial militias had been transformed into slave patrols.

How does the Second Amendment contribute to the United States’ culture of violence?

I would reverse that relationship to how the US culture of violence contributes to the sanctification of the Second Amendment. The culture of violence is inherent to colonialism of any type, and becomes homicidal with settler colonialism and the racial regime of African enslavement. In a way, the Second Amendment turned out to be a time bomb that had little meaning or utility while white supremacy reigned absolute; it was seized upon by white nationalists, including local and state officials, as a legal tool to preserve or restore white dominance.

What is the real and symbolic significance of the Malheur National Wildlife Refuge armed occupation in Oregon in 2016?

On January 2, 2016, armed men arrived at the Malheur National Wildlife Refuge in Oregon and began an occupation of the headquarters and surrounding territory for the next 40 days. In 1908, President Theodore Roosevelt had carved out and appropriated most of Northern Paiute territory in Oregon — territory that had been guaranteed to the Paiutes by treaty; this then became the Malheur National Wildlife Refuge in Oregon. It was a part of Roosevelt’s “wilderness” conservation project that annexed dozens of Indigenous sacred sites, such as Yellowstone, Yosemite and [the] Grand Canyon, calling the federal theft “national parks.”

All these sacred sites and “public” lands must be returned to the stewardship of the Native nations from whom they were illegally seized; none should be privatized.

Most Native land in the West was seized without the agreement of Native nations as “public domain,” which, ever since, has been leased at minimal cost to corporations and individuals for private ranching, and to corporations for commercial mining, oil drilling and pipelines, and timber harvesting. The private exploitation of public lands is in addition to the vast privately-owned ranch lands grabbed by settler-ranchers under federal homesteading measures in the wake of the ethnic cleansing of Native communities by the US Army of the West. Wealthy cattle ranchers, like those who seized Malheur, have long been lobbying and clamoring for the federal public lands to be transferred to the states, which, unlike the federal government, can sell off land and privatize all of it. In light of Native peoples’ demands for restitution of sacred sites and all federal- and state-held lands that were taken without treaties or agreements, this is a continuation of the Indian wars, fronted by ranching and fossil fuel resource interests, but made possible by the continuing US system of colonialism and a public blinded to its history. All these sacred sites and “public” lands must be returned to the stewardship of the Native nations from whom they were illegally seized; none should be privatized.