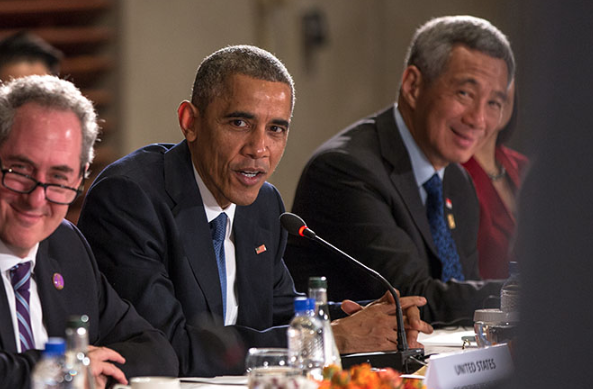 Photo from USTR.gov on the TPP

Note: One of the victories we won in the hard fought battle against Fast Track trade authority was greater transparency. Below is an article describing the first step in that transparency.

After a trade agreement is negotiated, but before it is signed, we are supposed to have 60 days of access to the text. This is a tremendous opportunity. This means that if the TPP were agreed to on July 31st that we would have 60 days before the president signed it to see it. After he signed it the House would have 30 days to debate it and the Senate 60 days.

If the US Trade Rep were able to complete the deal almost immediately, it would not be until late Fall for the Congressional votes.

Advisers of the Office of the U.S. Trade Representative will receive access to the full negotiating text of the Trans-Pacific Partnership starting Thursday, a spokesman for the agency confirmed today.

“This week, a diverse group of trade advisers — including labor unions, industry experts, environmental groups and public advocates — will begin viewing draft TPP negotiating text as part of the congressionally established trade advisory process,” the spokesman told POLITICO. “These advisers will receive full and equal access to the draft negotiation text in an effort to ensure that they can adequately prepare congressionally mandated reports on TPP. The Obama administration firmly believes that the input of a wide array of voices is integral to trade negotiations, which is why we have grown the size and membership of our trade advisory committees.”

This is the first time USTR has released the whole text to cleared advisers, according to an industry source. The agency previously has shown only specific parts of the text on particular issues to select viewers, though USTR did release confidential summaries of the whole agreement a few months ago, the source said.