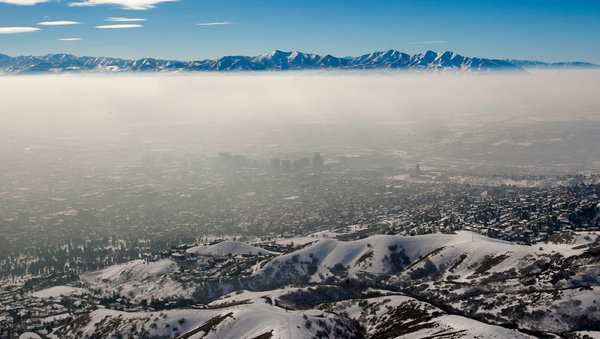 The New Official Position of Utah Moms for Clean Air: “Companies Like Tesoro and Stericycle Need to Move Out of This Valley!”

(EnviroNews Utah) – ‘We were here first! We’re grandfathered in!’ That’s what they always try’n say when people talk about kicking these guys out of the neighborhood. Who’s that you might ask? BIG polluters.

I mean, the task just seems so humongous and insurmountable doesn’t it? That is, demanding that Salt Lake’s five oil refineries just pick up shop and get the hell outta Dodge? And let’s not forget to add Stericycle medical waste incinerator to that batch.

Polluters are allowed to do business and operate in any particular community by hall-pass-like permits handed out at various stages and at different levels of government. The city can revoke a business license, and the city, or county can revoke a conditional use permit, and that’s just for starters.

Should it really matter that the refineries were there before developments were built up around them? The people ARE there now, and are absolutely known to be exposed to massive amounts of carcinogenic and mutagenic poisons on an ongoing basis. Usually this is done in the name of “JOBS” of course.

At EnviroNews Utah, we have often wondered if any prominent activist organization would ever take a strong stance on the angle that the people are here now, and it’s time for these guys to relocate to less densely populated areas.

Well, the one known as the “Mama Grizzly Bear”, Cherise Udell, who also just happens to be the Founder and President of Utah Mom’s for Clean Air had this to say with a voice compromised by a nagging respiratory infection that now requires the use of an inhaler: “There are too many people here, it’s too much liability at this point. Those companies need to go. That is the position of Utah Mom’s for Clean Air, that every one of those refineries ultimately needs to move.”

Udell and the Mom’s aren’t just blowing smoke, they have a plan to do this and are meeting with the Governor to present him with a report shortly. The group is proposing that this should be a tax-payer subsidized move, and say that Utah’s economy will be much better off when all of the often invisible or unaccounted-for externalities are reduced.

In these regards, environmental groups often point to the fact that the Utah Physicians for a Healthy Environment estimates that Utah suffers 1 billion dollars per year in air pollution related medical expenses, a bill that they say is only picked up by individuals and families.

It appears that the whole concept and strategy of forcing big polluters to indeed get the hell out of Dodge will be tested first on Stericycle medical incinerator, wherein nearly all of the groups involved in the battle have coalesced around a unified message of shutting the plant down effective immediately, the only other choice being for them to pick up shop, and get on down the highway.

Right about now, for some strange reason, I just can’t help but hearing the faint whispers of that old theme song in my head: “Hit the road Jack, and don’t cha come back no more!”