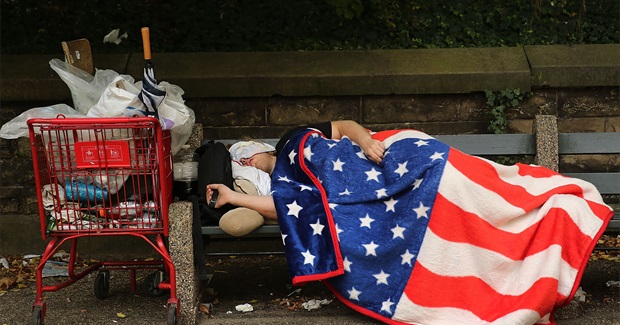 Utah On Track To End Homelessness By 2015

End Homelessness: It is cheaper to give people an apartment than hospital visits, arrests and incarceration.

Give them an apartment first, ask questions later.

Utah has reduced its rate of chronic homelessness by 78 percent over the past eight years, moving 2000 people off the street and putting the state on track to eradicate homelessness altogether by 2015.

How’d they do it? The state is giving away apartments, no strings attached.

In 2005, Utah calculated the annual cost of E.R. visits and jail stays for an average homeless person was $16,670, while the cost of providing an apartment and social worker would be $11,000. Each participant works with a caseworker to become self-sufficient, but if they fail, they still get to keep their apartment.

Other states are eager to emulate Utah’s results. Wyoming has seen its homeless population more than double in the past three years, and it only provides shelter for 26 percent of them, the lowest rate in the country. City officials in Casper, Wyoming, now plan to launch a pilot program using the methods of Utah’s Housing First program. There’s no telling how far the idea might go.