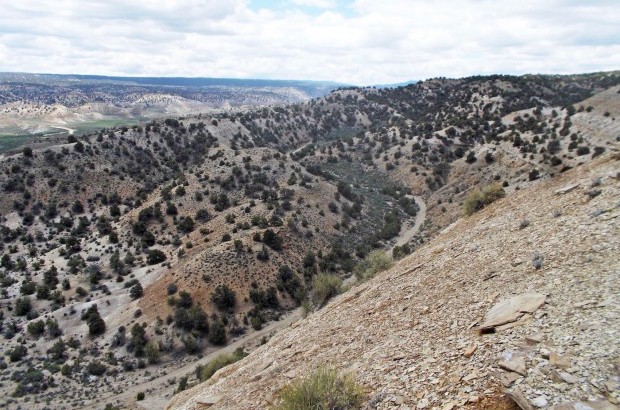 Above Photo: A view of the Uintah and Ouray Reservation in Utah. Photo by Andrey Zharkikh

The following is a statement from the Ute Tribe on H.R.5780, the Utah Public Lands Initiative Act. A hearing on the controversial bill takes place on September 14, 2016.

In the next few weeks Congressman Rob Bishop will attempt to push through the U.S. House of Representatives the first Indian land grab in over 100 years. H.R. 5780, the Utah Public Lands Initiative, proposes to rollback federal policy to the late 1800’s when Indian lands and resources where taken for the benefit of others. In a startling lack of transparency, Congressman Bishop plans only one hearing on this 215-page bill with about 129 other land management proposals in the obscure Subcommittee on Federal Lands.

The Ute Indian Tribe strongly opposes H.R. 5780, the devastating effect it would have on our Uintah and Ouray Reservation and precedent that the bill sets for federal Indian policy. The bill is promoted as a local solution to difficult federal land management issues in eastern Utah. Nothing could be further from the truth. In fact, much of H.R. 5780 was built on the back of the Ute Indian Tribe and our 4.5 million acre Uintah and Ouray Reservation without our knowledge or consent.

The Tribe was shocked to learn that the bill proposes to take more than 100,000 acres of our Reservation lands for the State of Utah. After 4 years and, apparently, more than 1,200 meetings with stakeholders, the Tribe first learned of this proposal when a discussion draft of the bill was released on January 20, 2016. Over these 4 years, the Congressmen never invited the Tribe to a meeting or came to our Reservation to discuss their proposal to take our lands.

This modern day Indian land grab cannot be allowed to stand. The Federal government rejected these devastating policies long ago as tribes prospered under policies of tribal self-determination and restoring and protecting tribal homelands.

H.R. 5780 also proposes to alter the management of another 200,000 acres within our Reservation and without our consent. Among other things, the bill proposes a “Utility Corridor,” “Special Management Areas,” “Wildernesses,” “Wild and Scenic Rivers” and “Recreation Areas” within our Reservation. These changes would directly affect our ability to exercise tribal self-determination, utilize our water rights and manage our Reservation lands for the benefit of our members.

The Ute Indian Tribe is a major economic engine in northeastern Utah. We are currently working with State and local governments to address long-standing issues related to jurisdiction, air quality, preservation of cultural and environmental resources, and responsible energy development. H.R. 5780 threatens to undermine these relationships.

The Congressmen’s election year maneuver to rush H.R. 5780 through the House of Representatives will die in the Senate and 4 years of meetings will be wasted. It did not have to be this way. If the Congressmen had accepted the Ute Indian Tribe as a full partner, we could have developed a Utah Public Lands Initiative capable of passing Congress. With these disastrous proposals off the table, we need a Utah Public Lands Initiative that benefits all of Utah including the State’s oldest residents—the Ute Indian Tribe.