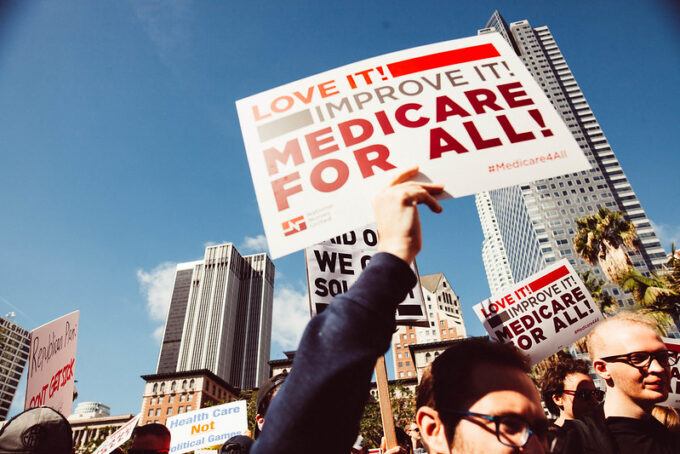 ‘Value-Based Care’ Is A Pretext For Privatization

Later this month, right before Medicare’s 57th birthday on July 30, corporate health care and the government players who facilitate their lucrative businesses, will gather for a summit on value-based care.   They will speak of driving health equity, of reaching underserved communities, of coordination of care, and accountable care.  They will insist that physicians share in risk just like insurance companies.  They will advocate the transformation of health care to value-based care, supposedly founded on payment for quality rather than quantity, value instead of volume, and outcomes not fee-for-service.  They will assert that this transformation brings equity, improves care, and saves money.

They have no evidence to back up their assertions.  But the scheme to move to value-based care and to shove risk onto physicians imposes profit-making managers into the system, shifts the profit incentive from more care to denial of treatment, and expands opportunities for venture capital, private equity, and insurance companies.  This up-coming corporate-sponsored extravaganza will concentrate on promoting value-based care as the bipartisan solution to our failed yet costly health care system that has thrown 100 million into medical debt as the nation suffered 338,000 deaths from Covid that would not have happened had we had a universal health care system.  Life expectancy is plummeting as the profits climb.

Mark McClellan, George W. Bush’s head of the Center for Medicare and Medicaid Services (CMS) will speak on the wonders of Medicare Advantage, the privatized part of Medicare that the HHS Inspector General found denies necessary care and delays care through unsupported demands for pre-authorization.  McClellan serves on the board of Alignment Health Care, a direct contracting entity–one of the plans that seniors can be placed in without their consent that can take up to 40% of Medicare money in profits and overhead.  He is also on the Board of Cigna, a company that raked in $143 billion in profit over the 12 months ending March 2022.

Ezekiel Emanual and Liz Fowler, architects of Obama’s Affordable Care Act (ACA), will be featured at the summit.

Fowler, Director of the Center for Medicare and Medicaid Innovation (CMMI), will keynote on her agency’s strategy to transform primary care into value-based plans that place insurance companies, venture capital, and private equity between patients and their physicians.  Her goal is to have all of Medicare in such privatized plans by 2030.   Fowler hailed from the insurance industry as a Vice President of WellPoint, later Anthem, before she was appointed to assist in the drafting of the ACA.  Now the agency she wrote into the 2010 health care reform law is in charge of this value-based care transformation.  The vast majority of CMMI pilot programs have failed, but CMMI continues to work for this transformation into value-based payments.  While the CMMI projects have not proven to enhance quality nor to save money, they are very successful at the hidden goal—the insertion of private profit-makers into the health care system and the privatization of Medicare and Medicaid.

Emanuel will lead a fireside chat on how primary care in the United States compares with that of other high income countries.  As a consistent opponent of single payer health care, Emanuel has championed value-based care.  He also wrote that he hopes to die at age 75, explaining that life beyond that marker is less likely to be creative, productive, and enjoyable.  Emanuel is in the thick of corporate health care, promoting privatization of Medicare as a venture partner at Oak HC/FT and on the Board of direct contracting entity, Village MD.  He’s on the speakers’ circuit collecting fees from America’s Health Insurance Plans and a host of health care corporations.

Emanuel wrote that Medicare for All is un-American.  “The biggest problem with single-payer is its failure to cohere with core American values.  Single-payer puts everyone into the same system with the same coverage and makes it virtually impossible to add amenities and services through the private market.”

Emanuel is serious about this opposition.  In 2018 he said, ”What we have seen in the last few polls is a majority of even Republican voters support Medicare for all. That ought to wake the Republican party up that this relentless attack on the Affordable Care Act is happening—is having an effect, and the effect is to say—is not to say Republicans are taking down the Affordable Care Act, it is to say we need protection, let’s go to Medicare for all. That is where they are driving the American public because of their relentless attack on this free market approach to providing health care for all Americans.”

Williams H. Shrank, Chief Medical Officer at Humana and Former Director of Evaluation at CMMI, will speak on Health Care Primary Care Strategies.  Many of the speakers are health company executives or leaders of the government agencies that regulate the programs.  Sometimes both.  Trump’s Director of CMMI, Adam Boehler, had to sell his holdings in health corporation Landmark in order to the assume the position.  Once out of office he was back into health care venture capital.  The players move easily between the roles.  The logos of the corporations that sponsor the event are plastered across the page announcing the summit.  That academics and government officials do not refuse to appear at such an event reveals how deeply our health care system has sunk into the grip of privatization.

Don McCanne, health policy expert at Physicians for a National Health Program, asserts that Value-Based Payment means corporate control of health care.  He gave his take on the issue in a recent edition of Health Justice Monitor:  “A blog in Health Affairs promotes (Accountable Care Organization)ACOs and other (Value Based Payments)VBP despite the lack of evidence for benefits.  Why?  Because VBP reinforces the corporate / private equity model of health care with growing profits for shareholders.”

McCanne concludes.  “We must elect those who would instead foster a truly equitable system.”