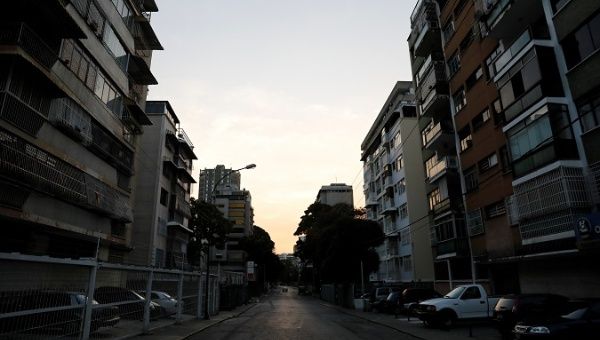 Above Photo: A general view of a street during a blackout in Caracas, Venezuela March 8, 2019. | Photo: REUTERS

Venezuelan President Nicolas Maduro has blamed cybernetic warfare on the recent widespread blackouts that have affected the country in recent days. One contributor to Forbes analyzes that possibility based on both history and the stated intentions of foreign entities choosing to interfere in another country’s affairs.

In a recent column, Forbes contributor Kalev Leetaru, who writes on the “broad intersection of data and society,” tried to answer the suspicions that arose from the sudden blackouts that affected 70% of Venezuela over the course of the past three days.

He considers the possibility of a cyberattack to be a real possibility if only for the fact that the United States has already declared that it wants to remove Venezuela’s president from power and that it’s a common tactic.

According to the author, modern cyber-warfare is the first step in an overall intervention and has the intent of weakening the enemy by creating chaos or sowing social disaffection. This could eventually be followed by a more conventional type of warfare, including invasion.

The author posits, “In the case of Venezuela, the idea of a government like the United States remotely interfering with its power grid is actually quite realistic. Remote cyber operations rarely require a significant ground presence, making them the ideal deniable influence operation.”

Being a completely deniable action, it can also be used to blame your enemies, putting more pressure on them within their own populations.

One example of this is that three minutes after the start of the blackout, United States Senator Marco Rubio tweeted a message to his followers casting blame on the Nicolas Maduro administration. The quick nature of the tweet gave the appearance of a coordinated attack, which caused the Venezuelan Vice President Delcy Rodriguez to call Rubio out by name on social networks.

Finally, Leetaru says, “Widespread power and connectivity outages like the one Venezuela experienced last week are also straight from the modern cyber playbook.”

The cyber attack began Thursday against the El Guri hydroelectric plant control system, and left the Venezuelan population without electricity for almost 24 hours.

According to the Venezuelan government, this nation-wide blackout was brought about by foreign-backed actions aimed at destabilizing the government President Nicolas Maduro, who stressed that the aggression “affected everyone equally without political distinction.”