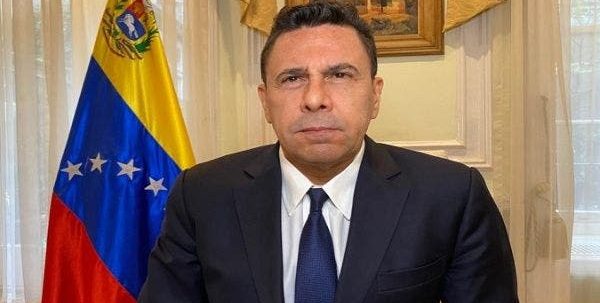 “All countries suffering from this type of aggression inflicted by economic means must cooperate to put an end to the suffering of our peoples,” Ambassador Moncada stressed.

Speaking at the United Nations Security Council (UNSC) on Wednesday, Venezuela’s Ambassador Samuel Moncada proposed the formation of an “International Alliance Against Unilateral Coercive Measures” to halt the crimes against humanity committed by the U.S. government, which keeps arbitrary economic sanctions against 29 countries.

“The U.S. claim to impose its national legislation as if it were universal laws, through economic and military coercion, is a danger to the entire system of international relations,” Moncada said.

He added that the U.S. illegal measures are a deliberate attack on entire populations and the right to self-determination of peoples.

“We are faced with the unusual situation in which a state with special responsibility for complying with international law commits crimes against humanity and forces other states to assist it in the commission of the crime,” the Venezuelan diplomat stressed.

Imagine this in terms of US illegal sanctions against Venezuela: More than 4000 million dollars freeze (gold and liquid assets). 1600 million meals for kids or medicine for COVID 19 and other deseaces. That’s why all Washington politicians should be trial in ICC, not only Trump. https://t.co/EaJmP6Zksu

Moncada accused the U.S. government of implementing a program of economic destruction against Venezuela and indicated that the sanctions applied over the last five years have had similar effects to those of a conventional war.

He called also for the adoption of a resolution by the United Nations General Assembly (UNGA) on unilateral coercive measures and the rule of law which promotes the immediate and complete lifting of illegal sanctions.

“Contrary to the statements of some Western countries, there are no smart sanctions or exceptions for food, medicine, and other humanitarian items,” Ravanchi said.