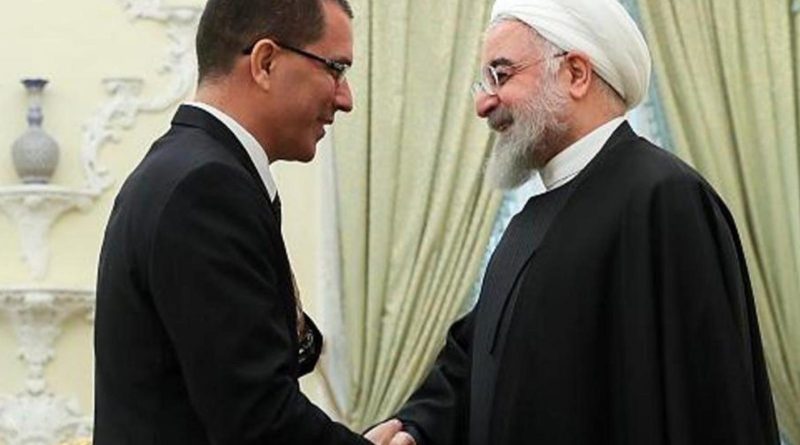 In his statement to the media, where he gave details of the meeting held with the authorities of the Persian nation, Arreaza said that Venezuela has learned a lot from Iran to “develop our economy, to circumvent the blockade” imposed by the United States.

“The aggressions against Tehran, what they have done is to strengthen our relations in favor of the peoples, of multilateralism. No state has the morals to sanction Iran,” he said, and confirmed that “Venezuela and Iran are committed to peace in the face of US aggressions.”

“Countries that are attacked, that assume the defense of their peoples, who stand up to imperialism, are subject to media, psychological campaigns to distort their reality as Syria, Iran, Nicaragua, Cuba, Venezuela,” said Arreaza and called on the media not to spread false news in which they point to these nations as terrorists.

The foreign minister rejected the US bomb attack at an airport in Baghdad, in which General Qassem Soleimani was killed, and noted that the Iranian official commanded a brave fight against the Islamic State.

Regarding the Venezuelan political issue, he said: “Venezuela trusts its Armed Forces and hopes that no Latin American country will attempt to attack us by invoking the Tiar” (Inter-American Treaty of Reciprocal Assistance).

He pointed out that the great issues of Venezuela this year include the development of policies to achieve the prosperity of the people. “We are focused on solving how we can meet the needs of the people in health, housing, food and services when it is difficult to import, to make use of the financial system because of the blockade.”

On Sunday Foreign Minister Arreaza arrived in the Islamic Republic of Iran to develop a high-level work agenda, in order to strengthen cooperation ties between the two nations.