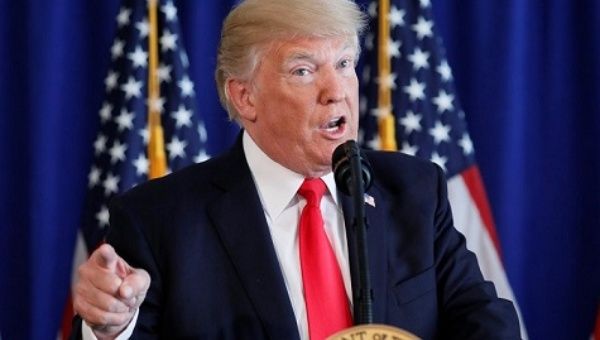 Above Photo: Trump’s administration is already spending scores of money and logistic support to prop up Guaido and his factions. | Photo: Reuters

The aid will be used for salaries, travel, communications equipment and training for the Venezuelan opposition, USAID said.

The United States government has decided to redirect US$41.9 million, meant to financially assist Central American countries, to Venezuela’s opposition, according to an internal document obtained Tuesday by Reuters.

The U.S. Agency for International Development (USAID) notified Congress that the aid will be used for salaries, travel, communications equipment, technical assistance and training for the management of a government budget and other needs for the Venezuelan opposition.

Guatemala and Honduras were expecting the funds, as the two countries are among the poorest in the continent and are the center of a migration crisis with thousands of people risking their lives to flee poverty, corruption and violence in an attempt to cross the southern U.S. border.

Trump had declared in March his intention to cut all financial aid to Central America countries, which he said did not “do enough” to curb the flow of migrants, denying the critics that such cuts would produce the opposite effect and exacerbate the migration crisis.

“What they are doing is essentially taking the money that would help poor Central American children and giving it to pay the salaries of Guaido and his officials and employees,” said a congressional aide familiar with the subject.

Trump’s administration is already spending thousands of dollars and logistic support to prop up Guaido and his factions. The U.S.-backed opposition and the North American government were behind both failed coup attempts against the democratically elected president, Nicolas Maduro.

“It’s a terrible idea not to spend that money in Central America,” said Geoff Thale, program director for the Washington Office on Latin America, a human rights research group. “Especially at a moment when the intention seems to be to bottle up people in that region, not spending the funding to improve conditions in the region makes no sense,” he added.

Removing financial aid from Central American countries, as contradictory as it seems, is another of Trump’s radical migration policies which aim at drastically reducing undocumented flows to the U.S. especially for people from Latin America and Muslim-majority countries.

Meanwhile, administration officials and conservative commentators are playing on the fear of the demographic changes taking place in the U.S. to justify such measures.