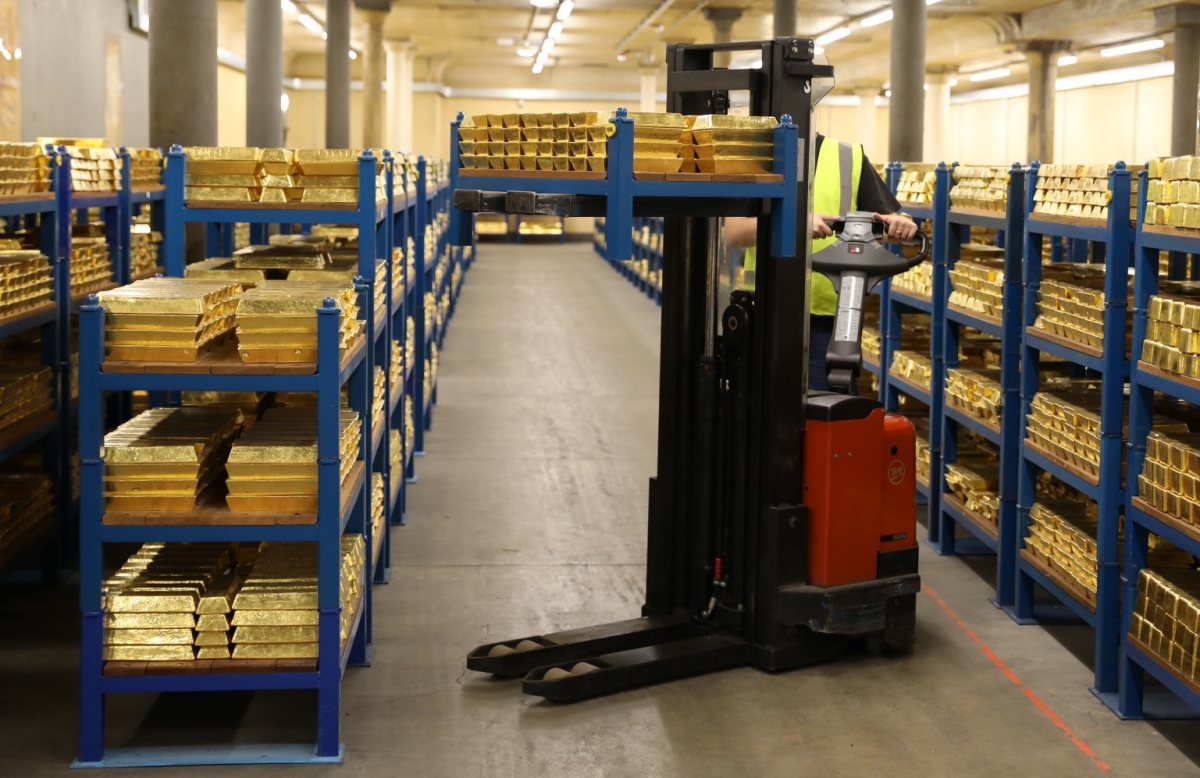 Above Photo: The Bank of England has refused to return 31 tonnes of Venezuelan gold. BoE.

The legal battle for Venezuela’s Gold Reserves will resume in October.

The Maduro government called on London to respect international law.

Venezuelan authorities have blasted the latest court ruling in the struggle for control over 31 tonnes of gold stored in the Bank of England (BoE).

On Friday, the High Court of England and Wales decided in favor of opposition politician Juan Guaidó and dismissed a new effort by the Venezuelan Central Bank (BCV) to regain control over the reserves worth an estimated US $1.7 billion.

Caracas had brought to court the Venezuelan Supreme Court decrees stating that the parallel BCV board appointed by the US-backed opposition was illegal. However, judge Sara Cockerill decreed that the British Court could not recognize the rulings made by Venezuela’s highest judicial instance.

Since late 2018, the Bank of England has refused BCV requests to repatriate the gold reserves. In January 2019, Guaidó proclaimed himself “interim president” and garnered immediate support from Washington.

The Trump administration proceeded to seize Venezuelan assets in the US and place them under opposition control and pressured allies, including London, to do likewise. Caracas found itself embroiled in legal battles for a number of state assets held abroad, among them the gold deposited in the BoE vaults.

The proceedings have gone through several British courts, with rulings favoring one side or the other as well as a number of appeals. Amidst the Covid-19 pandemic, the Nicolás Maduro government attempted to sell the reserves via an agreement with the United Nations in order to bolster the country’s healthcare system, but the effort was rebuffed.

The Maduro administration secured a favorable judgment in 2020 when the English Court of Appeal called on the Boris Johnson government to “clarify” its recognition of Guaidó. Nevertheless, the decision was later overturned by the UK Supreme Court.

British judges have repeatedly fallen back on the “one voice” doctrine that binds the judiciary to No. 10’s position. Cockerill reiterated on Friday that the doctrine is “the backdrop to this issue.”

The most recent legal argument from the BCV centered on the sovereignty of the country’s highest judicial institution. Though Justice Cockerill refused to uphold the illegality of the Guaidó-named board, she claimed that the opposition’s attack on the Venezuelan Supreme Court’s alleged lack of impartiality failed to meet “the hurdle of cogent evidence.”

Friday’s judgment did not grant the hardline opposition control over the reserves, with proceedings due to resume in October in the UK’s Commercial Court.

The BCV legal representation called the ruling “unfortunate” as courts remain tied to the “recognition as a head of state a person with no effective control or power over any part of that state.”

“This was an unprecedented case,” senior counsel Sarosh Zaiwalla commented. “Another country’s highest court, interpreting its own constitution, held Mr. Guaidó’s actions to be illegal.”

For its part, the Venezuelan Central Bank issued a statement rejecting the “astonishing dictum” by the British High Court.

“This ruling violates international law as well as Venezuela’s legal and constitutional order in order to justify a criminal framework that allows for the unlawful seizure of the country’s international reserves,” the text read.

The Venezuelan government likewise reacted on Friday afternoon, with Vice President Delcy Rodríguez criticizing the UK court system for “sticking to the anachronistic ‘one voice’ doctrine.”

“I call on the British government to rectify its stance and go back to following international law and the United Nations Charter,” she said in a telephone interview on state broadcaster VTV. Rodríguez, who also serves as finance minister, stated that the BCV will exhaust the appeals process and take the case to international instances if needed.