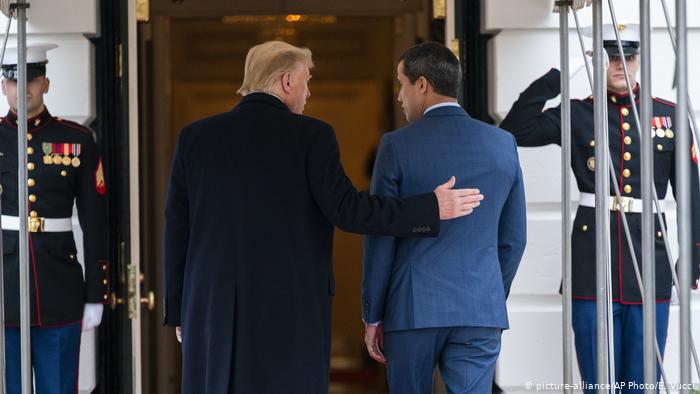 NOTE: President Biden has decided to continue Trump’s recognition of Juan Guaido as the president of Venezuela and is refusing to meet with the constitutional, elected government of Nicolas Maduro.  – MF

Today, February 5, the Comptroller Commission of Venezuela’s National Assembly (AN) presented before the Public Ministry (MP) charges against the 2015 deputy Juan Guaidó for damage to the Republic and usurpation of functions.

In statements transmitted by Venezolana de Televisión, the president of the commission, deputy José Brito, stated that the charges presented by the Commission included criminal association, organized crime, usurpation of functions, assassination, attempted coup, homicide, and others.

“The sum of penalties would add up to more than 200 years in prison,” said Brito. In this regard, he mentioned the official assignment of two national prosecutors from the MP to the special commission to investigate the actions of the outgoing National Assembly.

“Impunity has introduced us to chaos, a chaos that must be addressed,” emphasized the parliamentarian. Brito indicated that a number of individuals will be summoned before the Commission for hearings.

Faced with this situation, he urged the competent authorities to allow the hearings to be public so that people can witness the actions taken by the AN, and the responses of the those mentioned in the complaint.

Another of the actions requested from the MP is the seizure of holdings of people who are outside the country and made use of public assets withheld or stolen during the previous AN administration.

Brito asserted that investigations concluded that media operations were carried out, aimed at providing legitimacy to acts that from any perspective are crimes punishable by law.

The investigations, Brito detailed, found that these media operations were financed by money that comes from a so-called Communications Center, financed with resources from assets held at Citi Bank. This center is headed by Alberto Federico Ravell, said Brito.