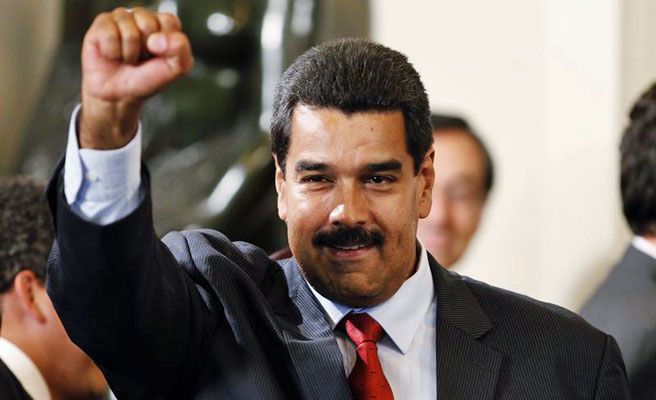 Venezuelan president Nicolas Maduro announced a raft of new regulatory measures over the weekend as part of his ongoing “offensive” to deal with the country’s economic problems.

In a television interview on Sunday evening, Maduro explained that the government’s economic policies were aimed at “stabilising” the economy in order to be able to develop a “productive” economic model.

This year Venezuela has experienced shortages in several basic food and household goods, a black market dollar worth ten times the government-set exchange rate, and annual inflation of 54%.

The government argues that these problems are the product of an “economic war” being waged by business sectors and the opposition, while critics claim “government mismanagement” and state interventionist policies are to blame.

A central element of the government’s approach to the situation is to crack down on abuse of currency controls and reduce the value of the black market dollar, which is creating pricing distortions.

Currency controls have been in place since 2003 to prevent capital flight, and businesses are allocated official-rate dollars (6.3 BsF = US $1) by the state to import goods for production and consumption.

“Only one sector does this: the parasitic bourgeoisie, that created this phenomenon [of abusing currency controls], which we’re now going to reveal to the country and punish with the law,” he said.

A presidential commission is to be created with parliamentary legislators and public attorneys, who will identify and investigate companies that have abused state-granted dollars. Maduro said that “without a doubt” some public servants have also been complicit in currency scams.

An ex-official of the state’s foreign exchange commission Cadivi and his son were recently convicted of setting up false companies to illegally obtain state-granted foreign currency from 2010 to 2013.

A new register of small and medium businesses has been set up which excludes companies that have previously abused currency controls from being able to access state-granted dollars. Maduro argued that all of these measures are part of an effort to “transform” the currency control system, which is now overseen by the new National Centre of Foreign Trade.

Another measure to bolster Venezuela’s currency, taken by the Central Bank (BCV), is to force banks to offer interest rates on saving accounts of at least 16%, up from 12.5% previously. It is hoped citizens will be encouraged to save more rather than immediately converting income into goods or foreign currencies as a means of conserving the bolivar’s value.

Today the government also made official the regulation of commercial leases in shopping centres, to 250 BsF (US $40) per square meter. The aim of this measure is to reduce rental costs for mall stores so that they can offer consumers lower “fair” prices.

“There won’t be socialism on a rentier, speculative, capitalist economic base. Socialism has to be constructed on the basis of labour, on real productive bases, on the generation of new wealth, on an economy fed by its own resources,” he argued.

The Economic War and the Municipal Elections

Is Venezuela in Crisis?