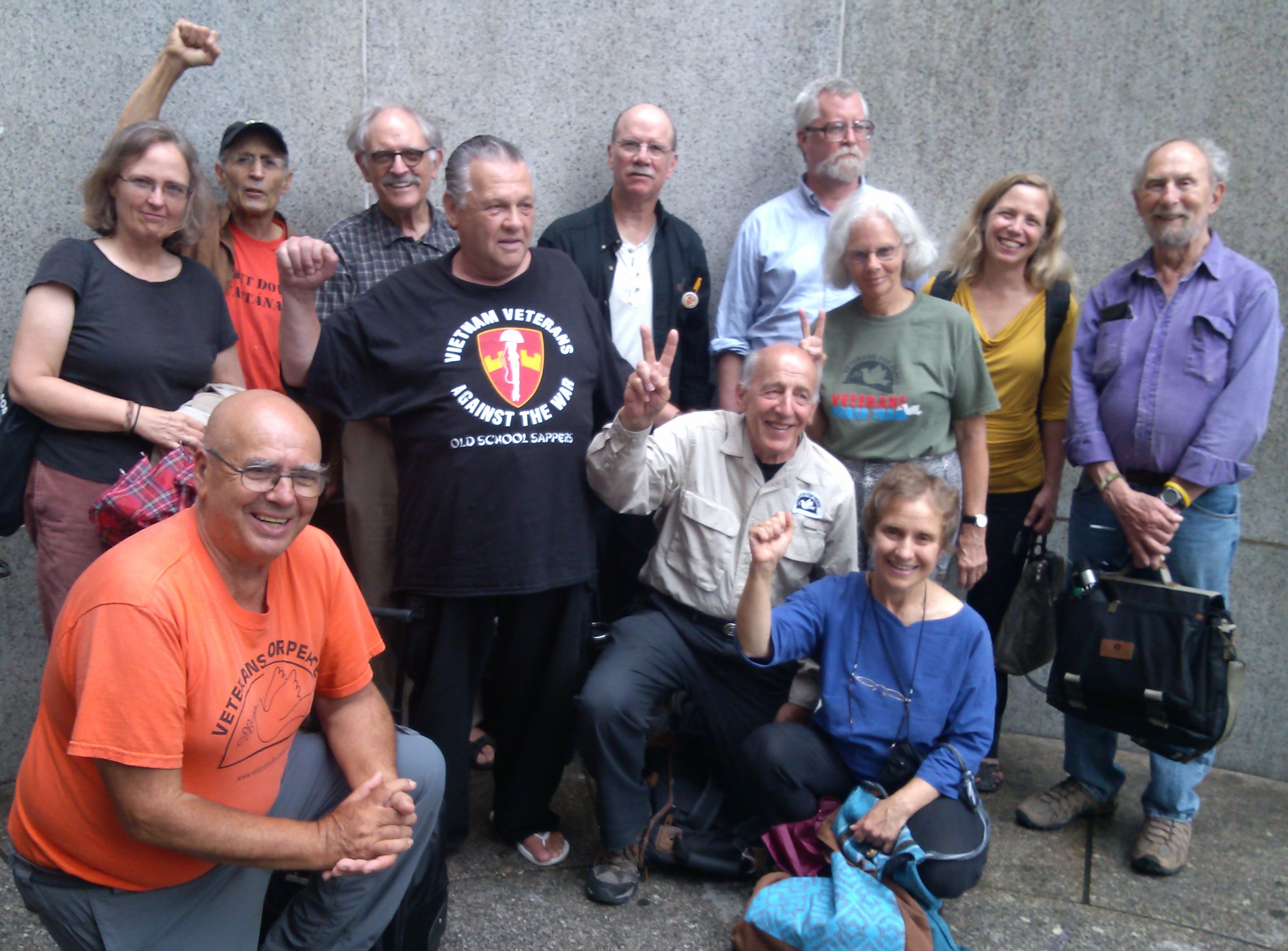 Veterans and their allies will gather this evening at the Vietnam Veterans Memorial Plaza at 55 Water Street in New York to mark the 12th anniversary of the U.S. war and occupation in Afghanistan.

Last year on this date, the solemn memorial service organized by members of Veterans For Peace to honor the dead from the war in Afghanistan and other U.S. wars, including the Vietnam War memorialized at that place, was interrupted at 10 pm by a police demand that they vacate the park, which is normally used at all hours by dog walkers,workers in nearby office buildings, and others. When they refused to leave, 25 veterans and their allies were arrested, and 12 of them, including a decorated World War II veteran, were convicted in July of failure to obey a park rule.The NewYork Post and the NewYork Daily News both covered this trial.

This  year, they will return to protest the ongoing U.S. wars around the world, to honor the dead from those wars, and to assert their First Amendment rights to assembly and free speech. Should the police again demand that they vacate the memorial, many of them will again refuse, facing arrest and possible jail time.

Dear friends in the news media,

On October 7, a large group of military veterans and ourfamilies and allies will gather once again at the Vietnam Veterans MemorialPlaza at 55 Water Street to hold an all-night vigil to honor the soldiers killedin the Afghanistan War. October 7 is the 13th anniversary of that war.

Last year on October 7, 2012, we also attempted to hold this memorial andvigil, and a large number of military veterans were arrested for refusing toleave the Vietnam Memorial at 10pm, when ordered to so by the NYPD.Traditionally, in previous years, the VN Memorial has been open to the public24/7, 365 days a year.

We feel that arresting military veterans at this peaceful vigil is anoutrageous violation of the First Amendment rights guaranteed by theConstitution that we veterans were sworn to protect.

Therefore, we at Veterans For Peace, a national organizationof 8000 members, are requesting that news organization provide coverage of ourvigil, as we once again meet to read the names of the dead from our wars. Wesimply want to peacefully assemble, place flowers, and solemnly read the namesof the war dead, without being threatened with being arrested. If ordered toleave, we will respectfully decline to do so.

Respectfully yours,
Tarak Kauff
Woodstock, New York
Veterans For Peace Board of Directors