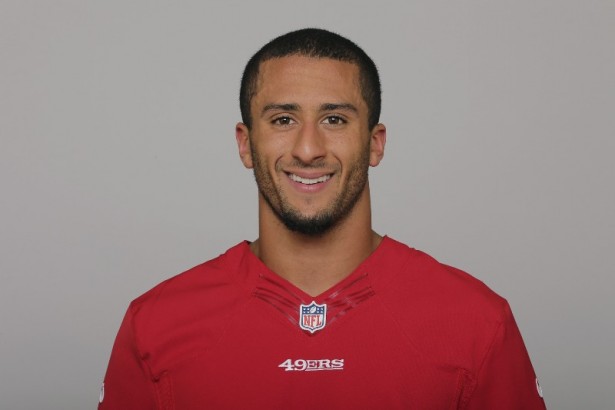 #VeteransForKaepernick Stand Up For His Right To Sit Down

In the days since San Francisco 49ers quarterback Colin Kaepernick refused to stand for the national anthem as a way to protest the oppression of people of color in the United States, journalists, fans, and NFL players both past and present have expressed their outrage.

Most of their criticism focuses in on the disrespect that Kaepernick was supposedly showing the flag and the U.S. military members who have fought and died for our freedom.

Well, on Tuesday, veterans from all over the country took to social media, not to attack Kaepernick for his actions, but rather to show their support. The #VeteransForKaepernick hashtag took off and ended up trending worldwide.

Many used the hashtag to point out that a big reason they fought in the military was to defend Kaepernick’s right to peacefully protest in any way he saw fit.

@Kaepernick7 I served 25yrs in the AF to protect everyone’s 1st Amend rights. I support you #VeteransForKaepernick pic.twitter.com/Q7r7PfvryA

Others echoed a solitary with his hope to end police brutality and start holding officers who murder black people at a disproportionately high rate accountable for their crimes.

I serve for his right to protest.. I don’t serve for Police Brutality.. #VeteransForKaepernick pic.twitter.com/Q6GUNTwHDO

Don’t use my service–or that of any veteran–to justify the silencing of black Americans. Not on my watch. #VeteransForKaepernick

Still others used #VeteransForKaepernick as a chance to share stories of the racism that black soldiers have faced, both past and present. African Americans have served in the U.S. military since the Revolutionary War, but were not immune from their country’s racist laws and actions.

#VeteransForKaepernick Although my grandfather served two tours in Vietnam, he couldn’t even rent a home near his base b/c he was black.

My grandfather, a black man, was denied a hotel room WHILE IN HIS SERVICE DRESS. #VeteransForKaepernick

My fiance served not 1 BUT 2 tours in Iraq and STILL gets pulled out of his car, handcuffed and sat on the curb by #VeteransforKaepernick

And others pointed out that black veterans are not immune from being shot by police once they return to civilian life. Just last September, India Kager, a 28-year-old navy veteran, was shot and killed by police in her parked car while her four-month-old son was in the backseat.

While there are certainly some veterans who are offended by Kaepernick’s (in)action, this hashtag gave other veterans an opportunity to have their voice heard as well.
As we previously noted, there is more than one way to be a patriot. Veterans for Kaepernick proved that on Tuesday.