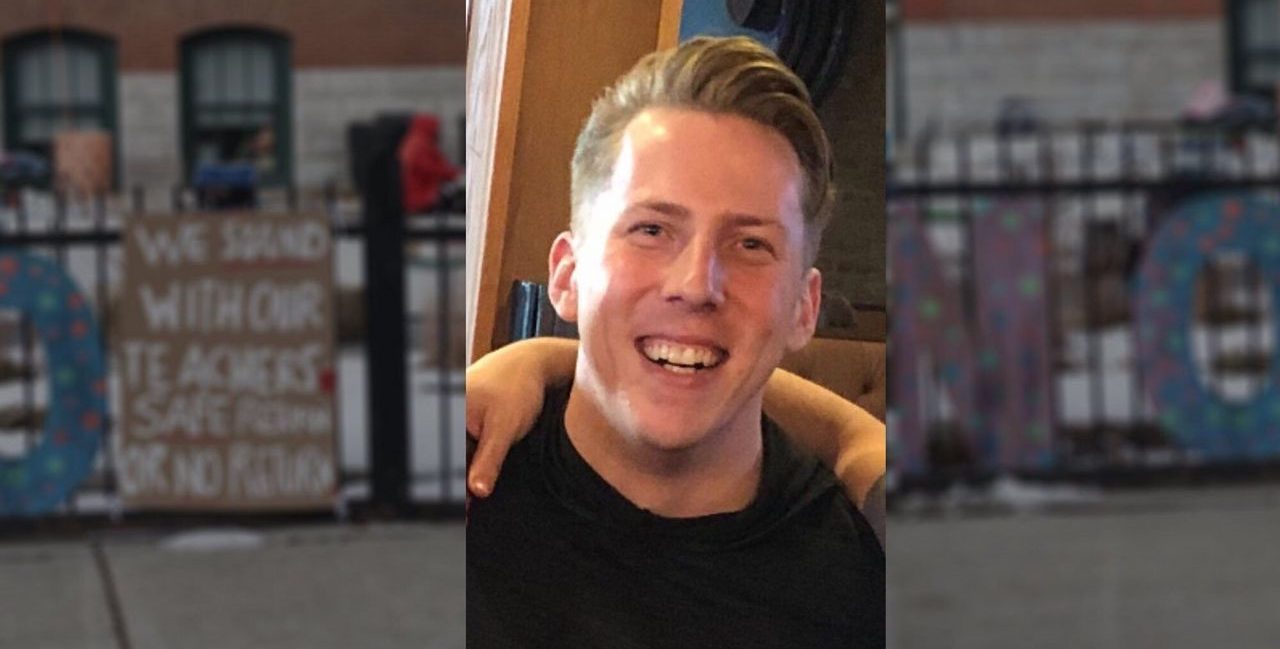 Above photo: Jake, a locked out Chicago Public Schools teacher.

“We were just the test animals.”

We call on all educators, parents and students in Chicago and across the country to join the national network of educators rank-and-file safety committees and to attend our next meeting on Saturday, January 30, at 1 p.m. EST (12 p.m. CST).

Chicago Democratic Mayor Lori Lightfoot and Chicago Public Schools (CPS) ordered 5,800 teachers to return for in-person instruction at the beginning of January. Teachers who refused to return to in-person learning as the deadly COVID-19 virus raged through Chicago were labeled by the district as “absent without leave.” Their pay was docked, and their computer access locked.

The World Socialist Web Site recently interviewed Jake, one of nearly 150 locked-out educators. Jake was a physical education (PE) teacher at a CPS elementary school for five and a half years until recently. He quit the profession after being locked out. In a demonstration of its complicity with the Democratic city administration, the Chicago Teachers Union (CTU) has done nothing to mobilize 23,000 educators to defend the locked-out teachers or to reject the dangerous push to in-person learning by Lightfoot and the Biden administration.

Jake was one of over 915 educators who defied the district’s order to return to school buildings on January 4. While doing the first week remote, Jake began receiving threatening emails from the district. “The CTU was kind of like, ‘Well, we don’t want you to go in, but you go ahead if you want to.’

“There was no communication of what reopening was going to look like,” Jake said. CPS attempted to resume in-person learning three times since the start of the school year. “Everything was last minute. A week before we were supposed to go back, we got some more new information. Everything was okay [with remote learning] and then all of a sudden, within the last few months, they just rushed us all back.”

The reopening plan proposed by CPS divided teachers into three reopening groups, a process the CTU allowed. “That creates a lot of division right there between teachers,” Jake said. “If they made everybody start on January 4, everyone at one time would have said ‘No.’ But you choose those two groups to send first, the preschool teachers and special ed teachers. I feel like both CPS and the CTU just preyed on that though.” Kindergarten through eighth grade teachers were to return on January 25 and no date was set for high school teachers.

With the pandemic spreading, Jake said, “We were just the test animals [for CPS]. It was like, ‘Let’s see if they don’t get sick. Let’s see if it’s clean.’ But I don’t want to be the experiment.” In a school district that is massively underfunded, many buildings are also dirty, dilapidated and poorly ventilated. “The boy’s bathroom outside the gym didn’t even have soap for most of the year,” Jake said. “I don’t know how they can deep clean every school like they say they are going to when they can’t even keep soap, paper towels, or working hand dryers in the school?”

The principal of his school initially offered to let people who didn’t teach preschool work remotely for the second week. “I didn’t have preschoolers that week. So, I wouldn’t have had to report,” Jake said. Despite being told he didn’t need to return Jake was locked out along with other teachers who refused to return that week.

“They did a one swoop lockout Monday night about 6:30 p.m. It was shocking. The school sent an email to all the students, about the PE teacher, about the enrichment teachers that are gone, saying, ‘Your teacher is unavailable, and you are to work on your own.’

“Teachers were locked out based upon following what the union was saying to do. And the CTU just left us hanging. I think they’re wrong for letting us go into the buildings and just waiting for the official strike thing,” he said.

The CTU did not take a strike authorization vote until January 20, 16 days after teachers were originally slated to return. “CTU is talking about doing stuff now. But we’ve been locked out since January 10. They’ve abandoned us and CPS has pushed them to do that. I feel like the day I was locked out is the day the strike started. But it wasn’t a full union thing.”

The school gymnasium currently remains closed due to the pandemic. CPS repurposed it as a storage area. The school expected Jake to teach five classes a day in-person and move between classrooms. By having over 400 students in a week, a PE teacher could easily become a super-spreader of the deadly disease.

Other districts such as in New York and Los Angeles, with the complicity of the unions, have closed and reopened as COVID-19 infection rates rise and fall, putting educators and the population at risk. Jake sees this as a reason to continue remote learning. “I think it creates too much turmoil for the kids when they go back and then shut down again.”

At his school, only 24 percent of parents elected to send their children back for in-person learning. There have already been two cases reported this month despite the small number of students and teachers who have returned.

Jake doesn’t consider himself a Republican or Democrat, but he denounced both parties equally. “I’m a union guy, but I feel like it’s all just politics now. The CTU, CPS are all corrupt. Politicians in general are corrupt. Those people up at the top are doing it for their own good and their own gain. And they’re not caring about us down here.”

In early December, Jake contracted COVID-19. While he is only 31 and otherwise healthy, he noted, “I couldn’t leave the bed for ten days. I had trouble breathing. It sucked. There are probably only ten teachers under the age of 37 out of 80 staff members. There’s so many that are at risk. The kids. The adults. No one should get sick. The only way to contain this, is not to go back right now.”

“This is going to be a long battle,” Jake added. “Teaching isn’t going to look normal for quite a while. Being locked out, it just really made all my inklings of wanting to leave just so much clearer.” Locked out with no resolution in sight, Jake submitted his resignation. “After I handed in my formal resignation, CPS sent me a letter and they didn’t even spell my name correctly. That was a slap in the face. They don’t even care who they’re letting retire or resign,” he said.

“If I could say one thing to other teachers: Don’t listen to the outside noise. We go there every day and fight for the kids. The people higher up are just playing with us. And they’ve caused division between us teachers. We’re doing what’s right. Whether we’re in the school district where we have to be back in person, or whether we are locked out at CPS, we’re in it together.”

Chicago teachers and educators need their own strategy and organization, wholly independent of both big business parties and the CTU to oppose the deadly school reopening plan until the population is vaccinated and the pandemic is contained. We urge all Chicago-area educators to get involved with the Chicago Educators Rank-and-File Safety Committee and unite workers in the fight for the closure of schools and non-essential workplaces with full income protection for workers and small businesses until the infection is under control.