Victory Against Ecocide In Guatemala

Nestlé, the world’s largest food and beverage company, announced last month that they would stop purchasing palm oil from a Guatemalan producer tied to human rights violations, environmental destruction, and corruption. The move was the result of years of pressure from Guatemalan and international activists.Nestlé’s decision to end relations with Reforestadora de Palmas de El Peten S.A. (REPSA), stems from the company’s role in the contamination of the Río Pasión river in northern Guatemala, and the corruption and impunity that followed.

“Nestlé’s decision to cut ties with REPSA is a step in the right direction and a victory for all the activists who have fought for years to bring REPSA’s actions to light,” Jeff Conant, Senior International Forests Program Director at Friends of the Earth, wrote in a press statement. “It is frustrating, however, that it took charges of corruption and bribery for Nestlé to sever its relationship with REPSA, despite widespread public knowledge of REPSA’s actions, and the atmosphere of violence and impunity that permeates the region.”

Nestlé will end purchasing palm oil from REPSA by September 2018, and is now the third firm, including Cargill and Singapore based Wilmar International Limited, to announce the end of relations with REPSA.

The companies’ decisions to end partnerships with REPSA are the result of years of grassroots organizing and pressure from community activists and environmental and human rights organizations.

The coalition which has been organizing against such destructive palm oil business relationships includes the National Council of Displaced People of Guatemala (CONDEG), Oxfam, ActionAid, Friends of the Earth, and the Coordinator of Cooperatives and NGOs of Guatemala (CONGCOOP). The coalition carried out a campaign to convince international firms to stop purchasing palm oil from REPSA. Their goal was to target and disrupt REPSA’s markets for palm oil.

The coalition’s main target was the Cargill Group, a Minnesota-based food and agriculture conglomerate with investments in REPSA. In May 2017, the coalition submitted a letter to Cargill urging the company to end their relationship with REPSA, citing the contamination of the river and the company’s link to the 2015 assassination of community school teacher and environmental activist Rigoberto Lima.

“We have held protests outside the company, we have sat at tables of dialogue with the company, and these have not done anything,” Lorenzo Pérez Mendoza, the director of CONDEG told Toward Freedom.He has closely worked with the communities demanding justice for the contamination. “But touching the markets, that hurts the company a lot. That is their means of selling their products.” 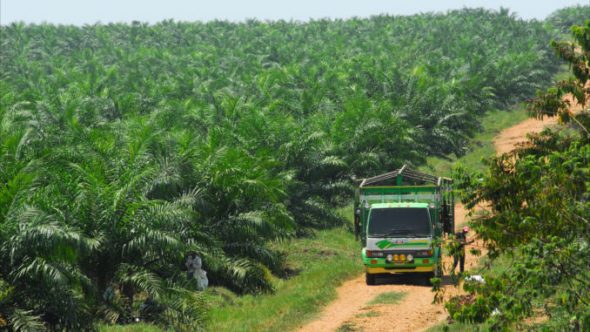 REPSA never faced major charges in Guatemala for the massive contamination of the Río Pasión.

In the years that followed the contamination, the company attempted to make amends with the affected communities and organizations that supported these regions. Representatives from REPSA and the various public relation firms that worked with them to improve their image reached out to organizations like CONDEG, but the organizations refused to cooperate with the company.

As the company worked to improve their image they came under investigation by the Guatemalan Public Prosecutor’s office and International Commission Against Impunity in Guatemala (CICIG), a UN backed anti-corruption body that gained international notoriety after exposing high level corruption within President Otto Pérez Molina’s administration in 2015.

In late January 2018, CICIG investigators announced they had opened a case against several major Guatemalan companies, including representatives of REPSA, for trafficking of influence. The charges come in conjunction with the case against President Pérez Molina. REPSA is a subsidiary of the HAME Group, which is owned by Pérez Molina’s cousin, Hugo Molina Espinoza. Hugo Alberto Molina Botrán and Juan Milton Molina Botrán, who are the children of HAME owner, currently have warrants out for their arrest and are considered fugitives in Guatemala.

The CICIG case against the Guatemalan companies proved to be the final straw for REPSA’s prominent palm oil business partners.

Ecocide in the Río Pasión

In April 2015, residents of the municipality of Sayaxché awoke the morning to find millions of fish floating dead in the Río Pasión in the Guatemalan department of Petén. Initially, REPSA officials acknowledged they were responsible for the contamination. Representatives for the company informed the Guatemalan Ministry of the Environment and Natural Resources in a May 2015 letter that one of their palm oil oxidation ponds had overflown due to torrential rains.

“Unusually heavy rains provoked the overflow of oxidation pools,” Carlos Arevalo, the legal representative for REPSA, wrote to Gustavo Chacon Cordon, a representative from the Ministry of the Environment and Natural Resources. “Fish were found with signs of asphyxiation,” Arevalo explained. “We have sent samples to the University of San Carlos to determine the cause of death.”

The samples that were sent to the university showed high levels of the chemical malathion, a pesticide commonly used in the palm oil industry.

However, REPSA’s account of their role in the contamination changed as time went on and a second wave of pollution devasted the river in June of 2015. As outrage grew in the communities and across the country, the company denied its connection to the contamination, claiming that it “was not responsible for the deaths of the fish,” and that there was “never an ecocide.”

Concerned residents traveled to Guatemala City to file a lawsuit against the company for the contamination of the river. Among the community members was Rigoberto Lima, a local school teacher who was among the first to sign on to the lawsuit

On September 17, nearly five months after REPSA was accused of contaminating the river, the company was ordered by a Guatemalan court to suspend all operations for six months, pending an investigation into the contamination. The company refused to comply. Months later, a higher court overturned the lower court’s order.

The following day, Lima was killed by unidentified men on the back of a motorcycle as he walked through Sayaxché. Police indicated that the murder was a crime of passion, but activists believe that the company was responsible for the assassination.

That same morning, Pérez Mendoza and two others from CONDEG were detained by angry workers from the palm company. Pérez Mendoza said that the workers who seized him were following orders from REPSA company officials.

Activists are continuing their efforts to challenge palm companies’ human rights violations across Guatemala. Among their efforts are attempts to organize palm workers and improve the working conditions on palm plantations.

“There is no protection for workers,” Pérez Mendoza told Toward Freedom. “Those who do fumigation are not provided with safety materials and their clothing and shoes fill with the pesticides. This may not have an immediate health effect, but in the coming years it will.”

Working conditions on palm plantations such as the ones owned by REPSA are demanding and dangerous. Few workers are provided with safety gear, nor are they typically paid the legal wage.

These conditions are worse for the women who work on plantations. According to Pérez Mendoza, women on some farms are paid as little as 33 percent of the minimum wage.

“How can it be that a woman can work eight hours and only earn 30 Quetzales [four US dollars]?” said Pérez Mendoza. “We cannot tolerate this type of action.”