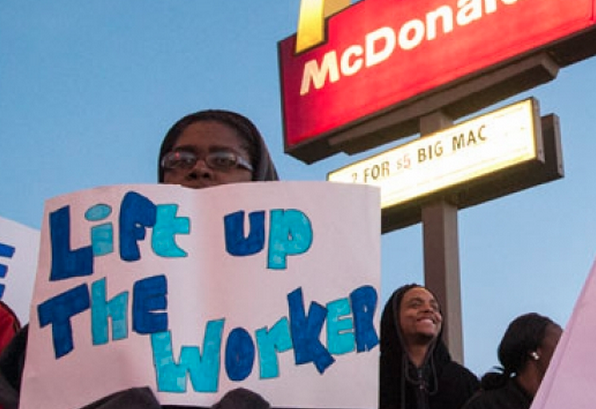 Victory For Domestic Workers In Illinois

The law, which is the result of a five-year campaign by the Illinois Domestic Workers’ Coalition, guarantees nannies, housecleaners, homecare workers and other domestic workers a minimum wage, protection from discrimination and sexual harassment, and one day of rest for every seven days for workers employed by one employer for at least 20 hours a week.

New York became the first state to pass such a bill in 2010. Since then Massachusetts, California, Oregon, Hawaii and Connecticut have followed suit. Illinois now becomes the seventh state to make basic workplace protections for domestic workers a matter of law. The new law amends four existing laws to include domestic workers.

In These Times notes that worldwide, 90 percent of domestic workers — of whom the vast majority are women — have no access to any kind of labor and income security protections, according to the International Labor Organization. In the United States, 95 percent of domestic workers are women. Without protections like those provided by Illinois’ new law, they are vulnerable to the kind of abuse that Isabel Mendez endured from her employer.

Why is the #Illinois DW Bill of Rights important? Isabel shares her story & how bill would help: https://t.co/T5glGXXujn #DWDignityIL

Now on the Board of Directors of Arise Chicago, Isabel was fired as a domestic worker, while she was still owed $10,000 in wages. Along with leading her own wage theft campaign, Isabell traveled to Springfield, Ill., to advocate for the passage of the Domestic Workers’ Bill of Rights. Had it been in place at the time of her case, she would have been able to get the state’s help in recovering her wages.

Now, domestic workers in Illinois will no longer have to face the conditions Melendez faced. They will have a way to fight back, and the state will stand with them. It’s a level of basic protection that domestic workers nationwide should have.