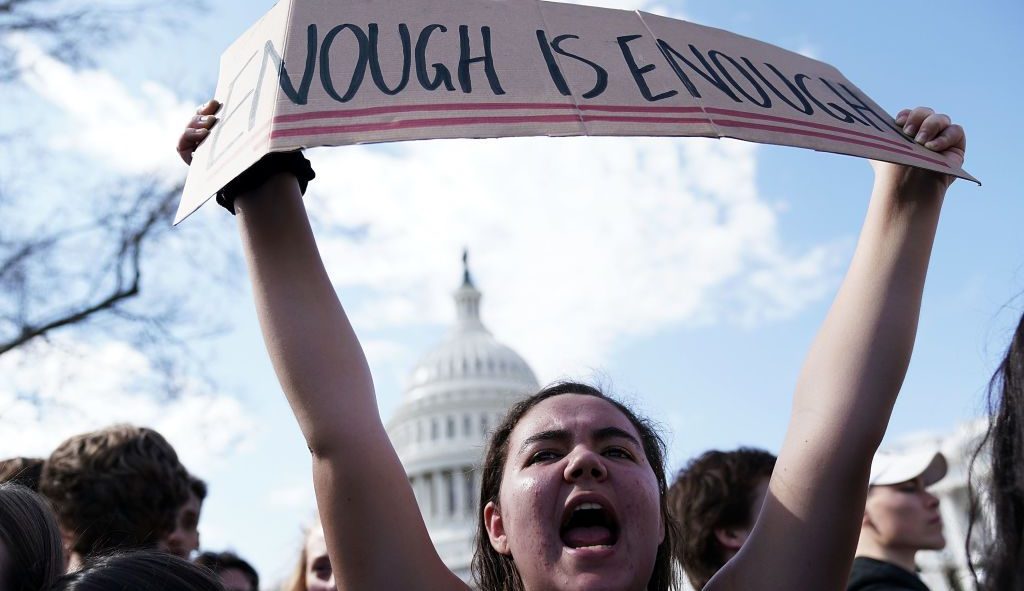 Above: Protest in Washington, DC. Photo by Alex Wong for Getty Images.

When the rules were first proposed, Mara Verheyden-Hilliard, an attorney with the Partnership for Civil Justice, alerted DC area organizations involved in organizing protests and a coalition came together to oppose the Trump administration’s anti-protest proposals. The coalition issued comments that said, “The proposed rulemaking, which radically rewrites the regulations governing permitted demonstrations in the nation’s capital, would burden and restrict access to public spaces for constitutionally protected First Amendment activities in Washington, D.C., and would fundamentally undermine democratic freedoms. Our organizations and the constituencies and communities we serve and represent would be negatively affected by the proposed changes to the ability to engage in free speech activities on federal lands in the capital of the United States, the site of the most significant public fora in the country.”

Popular Resistance activated its base to join in criticizing the Park Service proposal.  Here is our newsletter alerting our members. We urged people to take action, describing the proposal as undermining our freedom of speech, right to assemble and to petition the government for a redress of grievances.

Popular Resistance submitted a comment as well as joining the coalition. We focused on our experience in organizing and participating in protests in Washington, DC, the history and impact of protest on changing the direction of the country, how protest is escalating and needs to be protected as well as on their responsibility to protect Constitutional rights and follow international covenants that the US has ratified. We urged the Park Service to reverse course and withdraw the proposal, writing:

“We understand that President Trump is unhappy with protests around the White House, near his hotel and throughout Washington, DC. There has been a dramatic increase in protests since President Trump was elected president. In the last year, one-fifth of people in the United States say they have participated in a protest, rally or other First Amendment event. A recent poll found, “One in five Americans have protested in the streets or participated in political rallies since the beginning of 2016. Of those, 19 percent said they had never before joined a march or a political gathering.” The increase in protest and the president’s dislike of being protested is a sign that greater vigilance is needed to protect First Amendment rights. It is not a reason to abridge our rights under the Constitution. People are protesting because they see the government as not representing their interests.”

In addition, as co-director of Popular Resistance, I submitted an affidavit which described our organizing of impactful protests in Washington, DC including an occupation encampment on Freedom Plaza, which would have been prohibited under the proposed rules. The affidavit also reviewed the research that shows how public protest can transform the country.  I also described how protests had begun to increase dramatically under President Obama and had continued to escalate under President Trump as it became more evident to people that Congress was not responding to the people, pointing to research that showed the wealthy determined the law, and policies were not enacted for people or the planet. The affidavit also pointed to research that because most people suffer from economic insecurity there were predictions from a variety of sources that protests would be increasing in the coming years, like this report from JPMorgan, 10 Years After the Financial Crisis, which predicted protests like the US saw in the 1960s.

The Washington Post reported Mara Verheyden-Hilliard, executive director of the Partnership for Civil Justice Fund, said “This is an extraordinary victory for the people of the United States,” she said. “And it says, without question, to this administration that the people of the U.S. will not be silent. They will not accept any effort to shut down their ability to speak out and to stand up for what they believe in.”

The coalition had discussed that it was prepared to file suit if the restrictions were put in place. The reason we had organized to get so many comments in the record was that it would have been the record the court relied upon in making a decision. We had also planned to organize mass protests against the proposals.

This victory shows once again that if we unite and act in solidarity, we can win. Now that we have kept our right to protest, we urge people to exercise those rights in the coming years. The 2020s will be a decade of potential transformational change but it will only happen if people mobilize to demand the change we need.